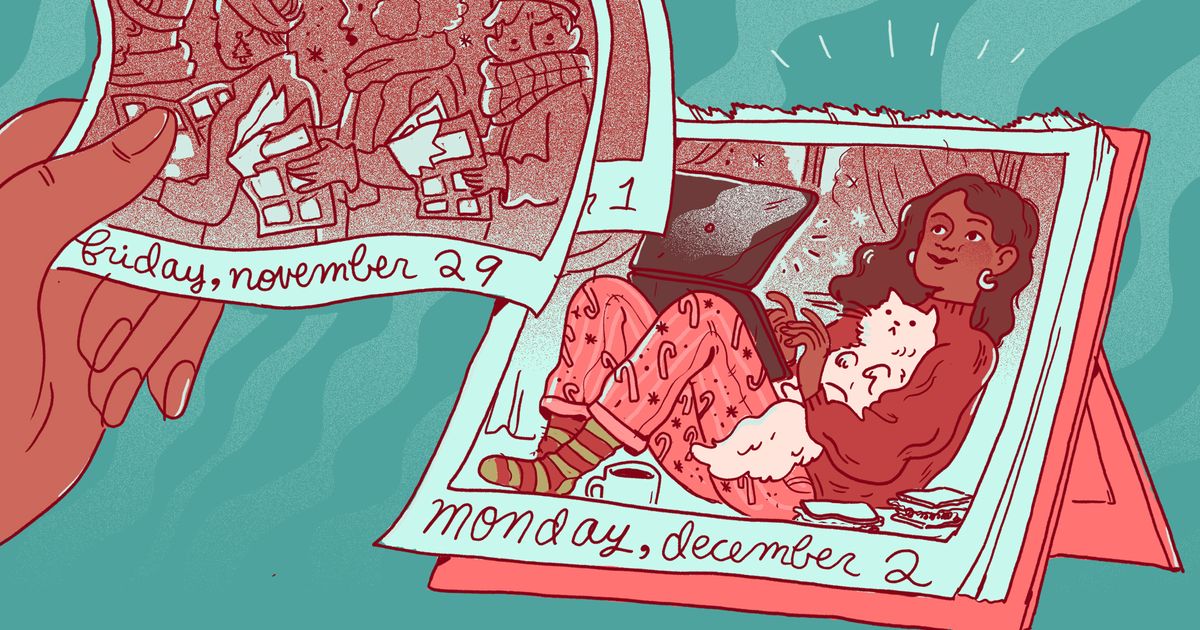 With the shift toward online shopping, the lines between and Cyber Monday can become blurred. When does one end and the other begin?

In recent years, the two shopping “holidays” have been essentially combined and now extend into week- and . This year, more than 165 million people are expected to shop from Thanksgiving through Cyber Monday with Black Friday being the busiest day, according to the (NRF).

If you’re not really sure what the difference is between Black Friday and Cyber Monday (there isn’t much) follow us as we dive into a bit of history.

Contrary to popular belief, Black Friday oes not refer to businesses climbing “back into the black” with sales numbers. The name was actually coined by Philadelphia police who used it to refer to the amount of traffic jams and violence that occurred in the days after Thanksgiving. The name then as the day became one of the most profitable retail days of the year.

Before it was officially called Black Friday, the day after Thanksgiving was a booming shopping day because so many people would call in sick to give themselves a four-day weekend and get a head start on their holiday shopping. The tradition stuck.

Before the introduction of online shopping, Black Friday was a mad dash to score the best deal before someone else had the chance to swipe it from you. We’ve all seen the videos of people physically fighting one another over a TV at Walmart. (Don’t be like those people.)

Black Friday is now much longer than one day, and deals start popping up before we can even recover from our Halloween hangovers. And now most of the shopping is done online. Which leads us into Cyber Monday.

Naturally, once online shopping became mainstream, online retailers wanted a piece of the Black Friday pie. thanks to people of the early 2000s wanting the best possible internet connection to do their shopping. At the time, office computers had better broadband than home setups, causing people to wait until work on Monday to do all their online shopping. In 2005, the NRF debuted the term Cyber Monday and we’ve been online shopping after Thanksgiving ever since.

Cyber Monday has a less extensive history than Black Friday, but it plays a big part in Thanksgiving weekend. The predicts there to be about 114.6 million shoppers on Black Friday and 68.7 million on Cyber Monday.

Which one should you shop?

If you’re going shopping at actual brick and mortar stores, it should come as no surprise that you’ll want to do that on Black Friday as opposed to Cyber Monday. Stores might run sales through the weekend, but Black Friday is the hot day to take advantage of all the best deals in stores. If shopping IRL is your thing, then you should also check out local shops on Saturday to see what deals they run for Small Business Saturday.

Big-name retailers will also have good online sales on Black Friday, many of which are live weeks in advance. and will offer good prices on Black Friday, while is better on Cyber Monday if you’re a Prime member. (Though Amazon does run Black Friday savings for the whole week leading up to the holiday.)

Cyber Monday is better if you’re shopping for clothing or second hand items from retailers like . Whichever day you plan to do your shopping (maybe all of the days?), check out our to help you have the most efficient shopping weekend.

Where to find the best deals

Our friends at BlackFriday.com gave us some insights, and like we said, Walmart and Best Buy are solid places to find deals on Black Friday. TVs are the big doorbuster items and they can run out quickly, so you definitely want to check out Walmart and Best Buy on Friday for the best deals like $400 off a Sony 65-inch 4K TV or a Samsung 50-inch 4K TV for less than $300. You’ll probably still see some good TV sales on Cyber Monday, but the discounts and selection won’t be as big.

Popular gaming console bundles will likely sell out on Black Friday, so scope out Walmart, Best Buy, Target, and Amazon on Thursday and Friday. If you’re looking for appliances, check out department stores like Macy’s and Sears on Black Friday.

As for Cyber Monday, you’ll find the best deals on laptops and PCs at lower prices than on Black Friday, especially at retailers like Amazon, eBay, and Newegg. Travel and online subscriptions and software are actually good things to look into on Cyber Monday too, so make sure to check out your preferred airline, plus services like Audible, Udemy, and Adobe.

Clothing is a big Cyber Monday category — you’ll see tons of sitewide sales from retailers like Forever 21, ASOS, Old Navy, and pretty much anywhere else you typically do your clothes shopping.

Cyber Monday deals aren’t typically announced until the shopping weekend has kicked off — that’s how they get you to shop Black Friday deals! Based on Cyber Monday 2018, we can predict what Cyber Monday 2019 has in store for us.

More definitive Cyber Monday deals will crop up the closer we get to the day, so stay tuned at Mashable and BlackFriday.com for updates.