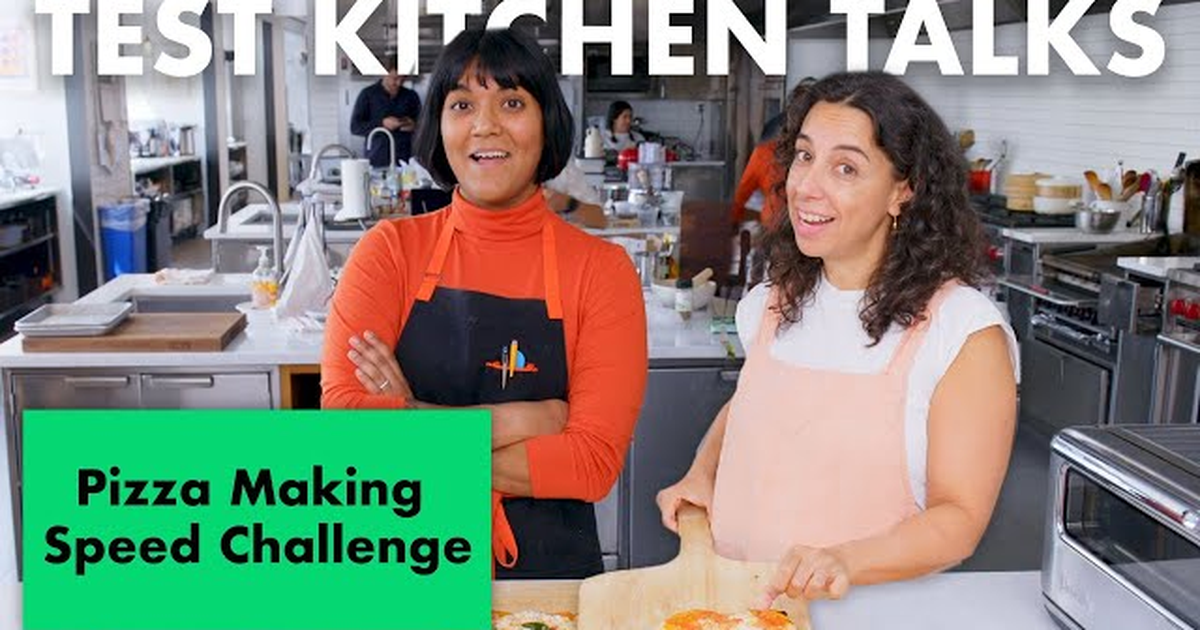 If you need a break from all the talk of turkey, stuffing, potatoes, and pie after Thanksgiving, the chefs over at the Bon Appétit’s Test Kitchen are here to give you a much-needed break as they compete to see who can make a pizza the fastest.

Starring 10 chefs, the Pizza Making Speed Challenge is a fun little diversion for most of these people. Several of the cooks mention that they don’t like doing things quickly, and Priya Krishna notes that she’s never made a pizza before. Her lack of experience really shows when some errant mozzarella catches fire in her oven and Brad Leone puts it out for her with a bunch of salt.

Despite all of them being professional chefs, there’s a surprising 4-minute spread on pizza completion times, which goes to show that you’re not alone when you mess up in the kitchen, even on the easiest of foods.