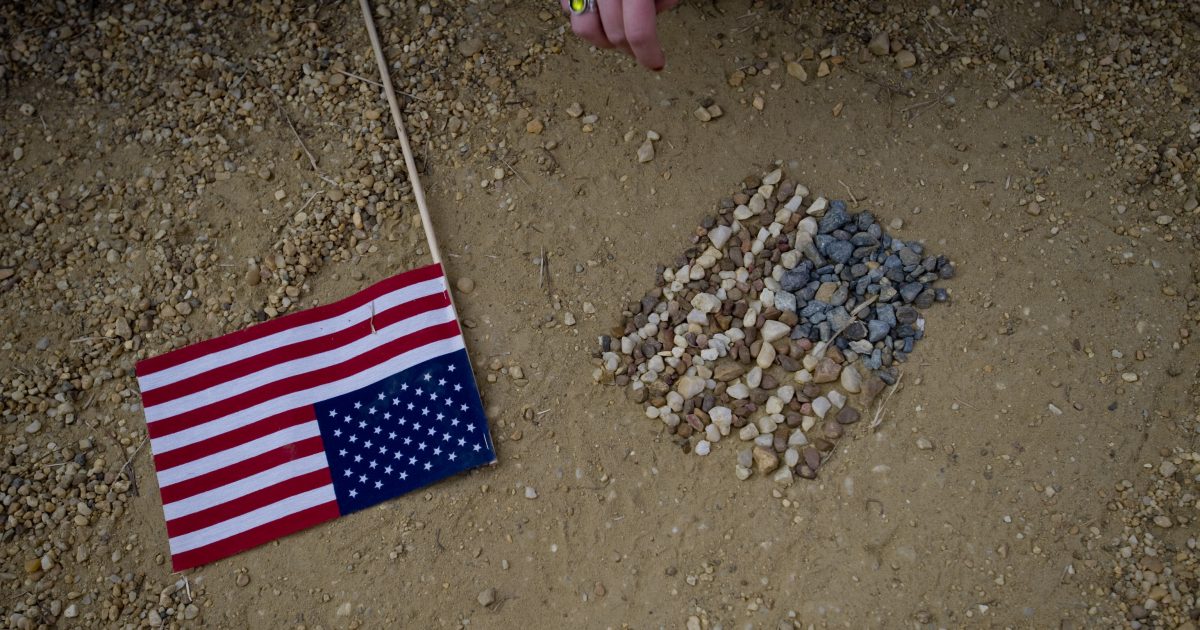 Many Americans are at least vaguely familiar with the My Lai massacre during the Vietnam War, which is a story of the evil that ordinary men can do. In 1968, U.S. troops were reeling from surprise attacks by the Viet Cong during the Tet Offensive and they unleashed their fury on the residents of a tiny village during a search-and-destroy mission.

American troops slaughtered hundreds of elderly people, women, and children, with many of them under age 4. As History.com explained, some soldiers “stabbed, clubbed, and carved ‘C (for Charlie) Company’ into the chests of their victims; and herded them into ditches and blew them to bits with grenades.” Many of the company’s soldiers reportedly participated in the atrocities, but those who weren’t involved didn’t stop it. It was shameful.

People often know the name Lt. William Calley, who was the only serviceman convicted of a crime related to those events. He was sentenced to life in prison, but President Richard Nixon ordered his sentence reduced. Calley spent three years under house arrest and then went on with his life and apologized during a speech in 2009.

Sadly, few remember the name, Hugh Thompson, the helicopter pilot who helped stop the massacre. Even fewer realize that that Army covered up the attacks for 20 months, that some war supporters smeared Thompson and others treated Calley as a hero. The Army recognized Thompson’s heroism 30 years later, when it awarded him the Soldier’s Medal. But, apparently, the disturbing lessons of that event have long been forgotten.

Earlier this month, President Donald Trump pardoned a former Army lieutenant who was convicted of ordering his troops to fire on unarmed civilians. He granted a pardon to an Army major who had been awaiting trial for killing an Afghan man. Trump reversed the demotion of another officer, who had been acquitted of alleged war crimes charges but was convicted of a lesser charge of posing with a dead Taliban fighter.

Not even the worst allegations here came close to My Lai, but there’s a reason a number of writers have raised these parallels. Pentagon brass, who urged the president not to issue these orders, fear that the president’s actions will undermine the system of military justice. Gen. Martin Dempsey, former chairman of the Joint Chiefs of Staff, tweeted that it signals “that we don’t take the Law of Armed Conflict seriously.” He called it an “abdication of moral responsibility.” He’s right.

“The tragedy of pardoning (Lt. Clint) Lorance isn’t that he will be released from prison – I’ve found room for compassion there,” Patrick Swanson, Lorance’s commander in Afghanistan told The New York Times. “The tragedy is that people will hail him as a hero.” Given some common public sentiments after My Lai, that fear is well-founded. Sure enough, Trump referred in a Tweet to one of the accused men as a “U.S. military hero.”

Is it fair to say that it’s now official policy that there are no rules of war, that the military’s process of enforcing those rules is a farce and that soldiers accused of committing crimes actually are heroes? We certainly should hope not.

There are practical reasons for opposing these pardons. They endanger our troops. If there are no limits in wartime, then our nation’s enemies don’t have to follow them, either. I understand that the other side rarely plays by Marquess of Queensbury rules, but that doesn’t mean that anything goes. By winking at bad behavior, we’re likely to get more of it from those in combat, which undermines America’s often-touted moral authority.

Our country claims to be different, to be a model for the rest of the world. Maybe not so much anymore. Common Dreams argued that the president’s action conforms to “a pattern of refusing accountability for violations of international law and a litany of war crimes over recent decades.” I don’t buy that leftist narrative, but why give fodder to those who do? The pardons stain the nation’s honorable service members by saying that they can’t be held responsible for their own actions. If they do atrocious things, well, boys will be boys.

The pardons also suggest that “Trump holds a dangerous, obsolete view of warfare—one that had fallen into disrepute after the horrors of World War II,” wrote Cornell law professor Jens David Ohlin, in a Washington Post column. “His actions suggest that he believes in ‘total war,’ in which warfare is conducted not only by professional soldiers but also by entire societies, including their civilians.” Indeed.

I’m pleased that Trump seems less likely than his predecessors to insert the nation into these messy, dangerous international conflicts that endanger our troops and have little bearing on our security. But in giving a pass to those few military members accused of war crimes, the president is reinforcing the kind of dangerous attitudes that led to My Lai.

This column was first published in the Orange County Register.