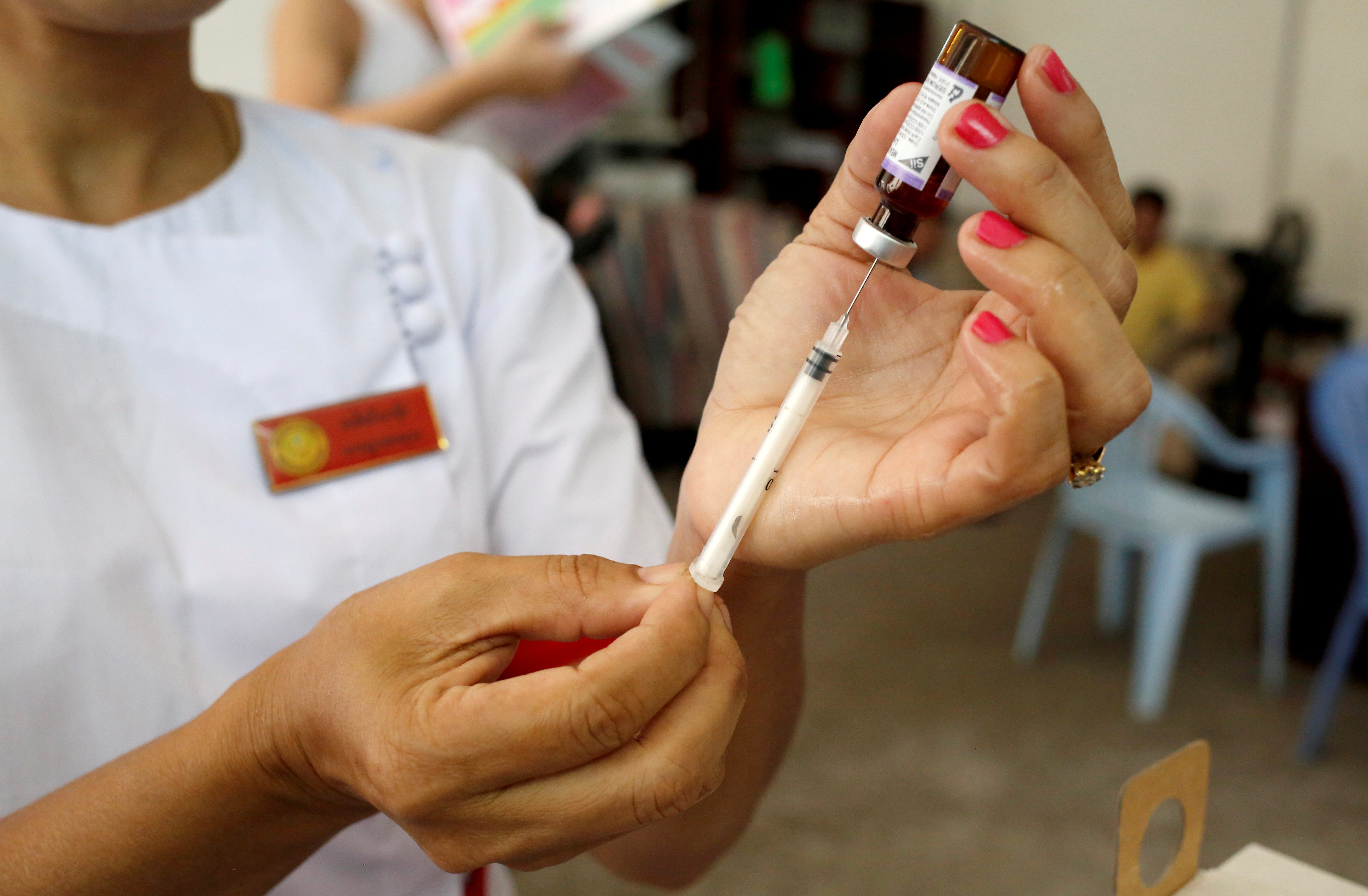 Smallpox is one of the only diseases to have been eradicated by sustained human effort. But before it was eradicated in 1977, it claimed an estimated 300 million lives in the 20th century alone. The highly contagious disease was characterised by fever and a spotted skin rash. Although most people recovered, about three in every 10 people died from smallpox.

One of the most challenging places, when it came to eradicating smallpox, was India, largely because of its size, geographic complexity and population. Despite the Indian government initiating its own national campaign to eliminate smallpox in 1962, vaccinating the entire population was painfully slow and challenging–especially with the country’s rapidly growing population.

The disease might never have been eradicated without the work of the World Health Organization (WHO) and their national and international volunteers, whose smallpox campaign was adopted by India in 1970.

During my research into the history of the Indian smallpox programme, I read the stories of many foreign volunteers who wrote captivating memoirs about chasing the disease in India. The volunteers included many women, whose work contributing to the end of the disease is often overlooked in the history of smallpox—including Swiss-French microbiologist-epidemiologist Dr Nicole Grasset, who was the head of the South-East Asian regional smallpox unit.

In an effort to learn more about the women who helped eradicate smallpox in India, I began searching through institutional histories of the campaign. During my research, I came across the experiences of Mary Guinan and Cornelia E Davis, who wrote memoirs about their time volunteering in India.

American doctor Mary Guinan’s memoir details how she got involved in the campaign and the difficulties she faced during it. Guinan first got into medicine after realising she couldn’t become an astronaut. Even in 1968, women weren’t allowed to bring coffee into NASA’s Houston control centre because it was alleged women “might distract the men.”

Guinan was undergoing training in the two-year Epidemic Intelligence Service (EIS) programme with the US Centers for Disease Control and Prevention (CDC) when she applied twice to volunteer in the ongoing smallpox eradication programme in India. She was first told that the WHO wasn’t accepting women into the programme. Later, the director of the EIS programme explained that India was resisting the entry of women volunteers.

Unconvinced, Guinan decided to pursue the case with WHO and the Indian government. Guinan hoped India’s female prime minister, Indira Gandhi, would be sympathetic to her cause. Guinan’s assertive stance and determination led to her receiving permission to serve for three months in India.

In 1975, when Guinan arrived in India, smallpox had been restricted to the northern states of India. She worked in the districts of Kanpur and Rampur Matras in Uttar Pradesh. Guinan was assigned to a team with a bilingual paramedic assistant and a driver.

She travelled with her team into remote rural areas, identifying and investigating suspect cases of smallpox and vaccinating people. She worked closely with local health workers, most of whom were men, and encountered mainly rural home-bound women during her travels. A month after she left India, the region was declared smallpox free.

Another woman who participated in the global campaign was the African-American doctor Cornelia E Davis. Davis was one of the few women who’d attended the University of California’s medical school in 1968, and “had to fight to be there”. She was one of two black female students in the class—with only five black students in the class altogether. Davis’s memoir recounts more than two years she spent in India.

Davis was first assigned to the hilly districts of Darjeeling, Jalpaiguri, and Cooch Behar in West Bengal. These regions had poor infrastructure and Davis endured considerable hardship, having to walk long distances through paddy fields to reach remote settlements.

By this time, the smallpox campaign’s focus was rash-and-fever surveillance, collecting specimens from suspected smallpox or chickenpox cases that had resulted in death. The campaign had also introduced a cash reward to the first person to provide information on a smallpox outbreak.

Despite the risk, Davis investigated rumours of smallpox across the border in neighbouring Bangladesh, eventually vaccinating all the people living in the border areas to contain the spread of smallpox. She also supervised the work of smallpox workers searching for cases of the disease in the local population. Her timely intervention helped to prevent smallpox from being brought into the area.

Davis was eventually promoted and put in overall charge of the desert state of Rajasthan for an 18-month period. She mainly surveyed smallpox search records and hosted the International Certification Team in April 1977, which was monitoring medical documents and conducting surprise checks to ensure there were no new cases of smallpox. India was eventually declared free of smallpox on April 23 1977.

Both of these women continued to have distinguished careers in medicine. Guinan played a key role in the CDC’s HIV investigations, by uncovering the epidemic in the US. Davis joined the CDC and the WHO, working in Ethiopia to prevent outbreaks of meningococcal meningitis. In 1996, she was the India country director of the Joint United Nations Program on HIV/ AIDS.

Women such as Guinan and Davis had to prove themselves in the hyper-masculine world of international public health. Their recently published books are among the first memoirs written by women epidemiologists in the Indian smallpox programme, and chronicle their battles against sexism, both at home and abroad. Preserving and celebrating the voices and stories of women is important in the quest to having more inclusive histories of global disease eradication programmes.

This article is republished from The Conversation under a Creative Commons licence. Read the original article here. We welcome your comments at ideas.india@qz.com.