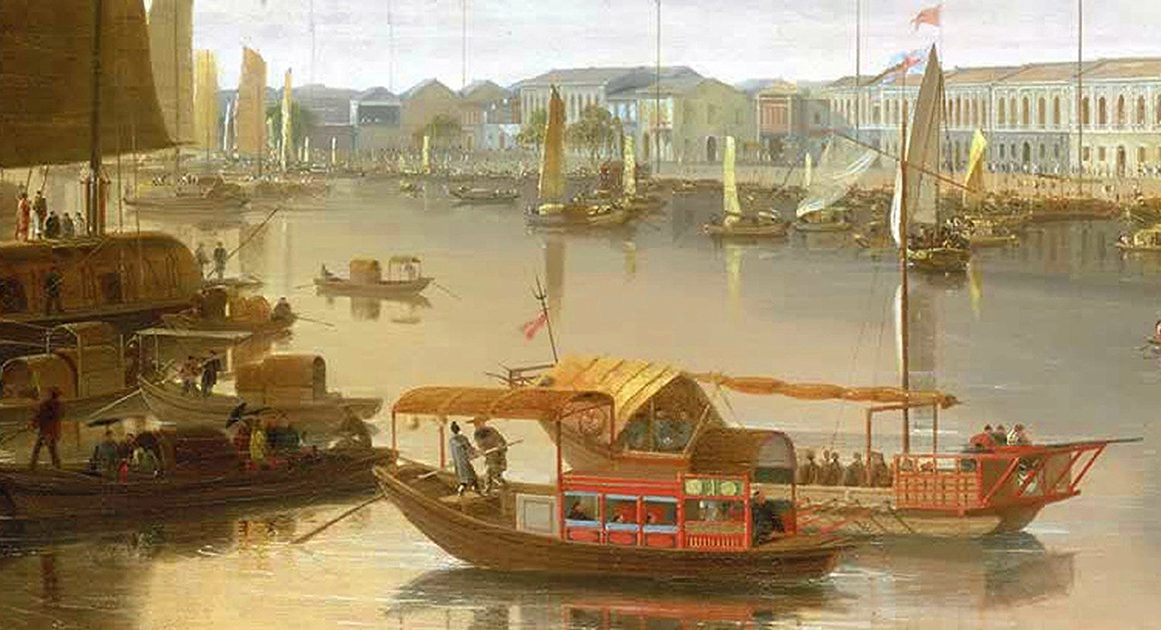 Stephen R. Platt believes that the so-called Opium War of 1839–1842 was one of the most “shockingly unjust wars in the annals of imperial history.” The central question, he writes in Imperial Twilight, is a moral one: How could Britain—a country that had just abolished slavery—so hypocritically turn around and push drugs onto “a defenceless China”?

Platt, a University of Massachusetts Amherst historian, thus joins a long list of writers who have portrayed the Opium War as one of the worst crimes of the modern era. Karl Marx, for one, believed that the slave trade was merciful compared to the opium trade. Forty years ago, John King Fairbank, doyen of modern Chinese studies, called the opium trade “the most long-continued and systematic international crime of modern times.”

If this were so, one wonders why the production, trade, and use of opium were entirely legal in such places as Turkey, Egypt, Persia, and India for decades both before and after the Opium War. One wonders why the drug’s cultivation spread in the second half of the nineteenth century to the Netherlands, France, Italy, and the Balkans. One also wonders why, as Virginia Berridge revealed in her pioneering 1981 book Opium for the People, up to 100 tons of the substance was imported every year into England, where it was readily available until the end of the 19th century, commonly administered even to children in the form of laudanum.

The author claims that opium was recreational in China but medicinal elsewhere.  But this is a dubious distinction, one not even made in Britain—a country where, before 1900, alcohol, tobacco, and opium were all viewed as both palliatives and stimulants. In the absence of modern medicine, all too often pleasure meant absence of pain, especially in a poor and largely agrarian country such as China. Opium allowed ordinary people to relieve the symptoms of such endemic diseases as dysentery, cholera, and malaria and to cope with pain, fatigue, hunger, and cold.

And the vast majority of opium users in China were not the desperate addicts portrayed by proponents of prohibition. They were occasional, intermittent, light, and moderate users—a far cry from Thomas De Quincey, an English writer who famously ingested truly gargantuan quantities of the substance. Platt quotes De Quincey’s Confessions of an English Opium-Eater at length to invoke the horrors of addiction, but surely he realizes that De Quincey was one of the 19th century’s most eccentric addicts. (Then again, he appears ignorant of the fact that, despite the title of his book, De Quincey did not eat but rather drank opium, mixed with a bottle or two of strong spirits per day in his periods of heavy dependence.)

Readers, Platt tells us, have long been treated to triumphant accounts of how the West vanquished a “childish people who dared to look down on the British as barbarians,” with China appearing as no more than a caricature of “unthinking traditions and arrogant mandarins.” The author, instead, promises to “give motion and life” to the changing China of the early 19th century.

I am not sure which “triumphant accounts” he has in mind. There is no dearth of historians who have written engagingly about the events leading up to the Opium War. Dozens of titles fit the bill, some going back more than half a century. Surely Frederic Wakeman Jr.’s Strangers at the Gate (1966) is a model, in style and in substance, although the book is apparently not worthy of mention in Platt’s bibliography. Another classic is Peter Ward Fay’s well-crafted The Opium War, 1840–1842 (1975), a 500-page magnum opus with all the telling detail required to bring the era back to life.

What Platt’s book offers is a competent and entertaining, if somewhat meandering, account of British efforts to open up the Qing empire to foreign trade. Foreign merchants were confined to a small settlement in the southern port of Canton, where they had to negotiate with the government officials who maintained a virtual monopoly over the market. The import of opium, as well as saltpeter, salt, and other commodities, was forbidden, as were exports of a range of other products, from rice, copper, and iron to timber.

In consequence, there was a thriving black market from which many profited, not least the officials who used their monopoly to line their own pockets. For decades before the Opium War, foreigners tried to break through these constraints. Platt devotes several chapters to these adventurers, traders, missionaries, and diplomats: the failed Macartney embassy of 1793, the Scottish merchants William Jardine and James Matheson, the linguist and scholar George Staunton, the British superintendent Charles Elliot. This is well-trodden ground, even if Platt tells his tale ably.

The book’s subtitle is The Opium War and the End of China’s Last Golden Age. This is somewhat puzzling. China, Platt reminds us in a short paragraph, was a powerful, prosperous, dominant country in the 18th century (an empire of “almost unimaginable height”), viewed with admiration by Europeans. But the notion of a golden age rapidly disappears from view as it becomes clear that by the turn of the century, the Qing empire was racked by rebellions, piracy, and corruption on a staggering scale.

Decades of tension in Canton over issues of trade, jurisdiction, and sovereignty came to a head in 1839, after the emperor rejected a proposal from his own advisors to legalize and tax opium. His envoy seized a vast amount of the substance and trapped foreign merchants and their families in the settlement of Canton without charge or trial. Up to this point, no British official disputed the Qing empire’s right to control its borders and determine which foreign goods should be admitted. But now, even George Staunton, who opposed the opium trade and had spent his career defending the sovereignty and dignity of the Qing, believed that force was required.

Others objected to retaliation: In a well-known speech reproduced in Imperial Twilight, a young William Gladstone declared in the House of Commons that he could not think of “a war more unjust in its origins.”

A single frigate was sent to protect merchants and civilians, followed by an expeditionary force. By 1841, following more talking than fighting, both sides had negotiated a deal in Canton, which London and Beijing then rejected. Time and again, as Julia Lovell showed in her 2014 book The Opium War: Drugs, Dreams and the Making of China, the British tried to inform their adversaries of their demands, but the dispatches the emperor’s underlings in Canton sent to the court in Beijing were fictitious. Two years into the war, the emperor still thought it was a mere skirmish and wondered where exactly England was on the map.

The Treaty of Nanjing was finally signed in 1842. It did not mention opium. England had gone to war to protest the arbitrary detention of British subjects and the confiscation of their private property. By 19th century standards, this was a legitimate reason for military engagement. Not until after the fall of the Qing in 1911 did a new generation of nationalists in the Republic of China come to see the agreement as unequal.

Even before the treaty was ratified, the former president of the United States, John Quincy Adams, commented in a lecture before the Massachusetts Historical Society that opium was a “mere incident to the dispute but no more the cause of the war than the throwing overboard of the tea in Boston harbour was the cause of the North American revolution.” It is a conclusion shared by many subsequent historians, including Peter Ward Fay and Frank Welsh, but evidently not by Stephen Platt.