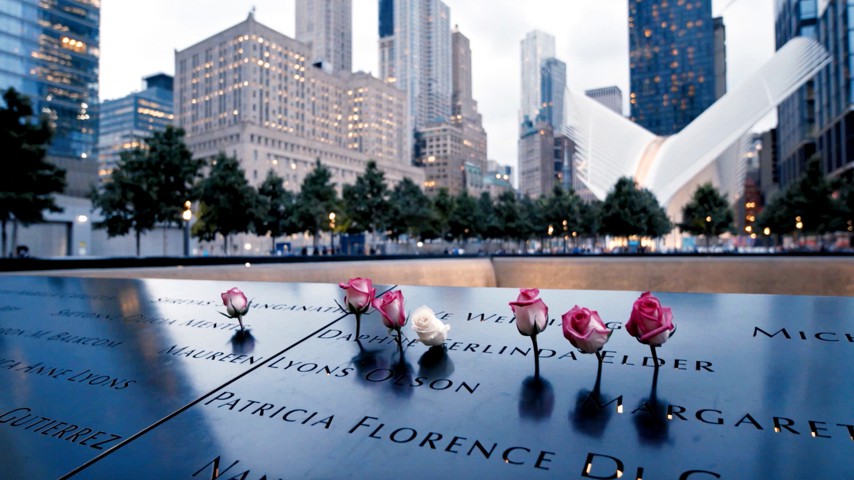 Memorials are multidimensional, dichotomous spaces. They exist somewhere between presence and memory. They are built for the collective and for those personally affected. They are places for reflection and observation; for reckoning, for grieving, and for peaceful acceptance. They are tourist destinations and graveyards.

The filmmaker Sara Newens captures these tensions in Footprint, her evocative observational portrait of the 9/11 Memorial. The short documentary spends 24 hours at the former Ground Zero, where on September 11, 2001, 2,606 people lost their lives when the World Trade Center towers were struck by two planes. (Three hundred and ninety others died at the Pentagon and in the four aircraft involved in the terror attacks.) The site where the Twin Towers once stood is now home to a memorial, a museum, the resplendent Oculus, and One World Trade, a building that reflects the sky like a fractured mirror, an emblem of a shattered nation.

In Newens’s film, visitors to the memorial interact with it in myriad ways.

“I was at first a bit confounded by the frenzy of it all, particularly when people were more engaged with their devices or trying to take their best selfie on such hallowed ground,” Newens told me. “I had anticipated a much more somber environment, even many years” after the tragedy. But after spending a prolonged period of time at the memorial, Newens said her perceptions shifted. “It became what I often describe as a city symphony: Life must go on, despite the collective pain that we carry with us.”

In particular, Newens will never forget watching a visitor pause and touch nearly every name on all four panels of the former North Tower. “What a profoundly beautiful display of empathy that was,” she said.