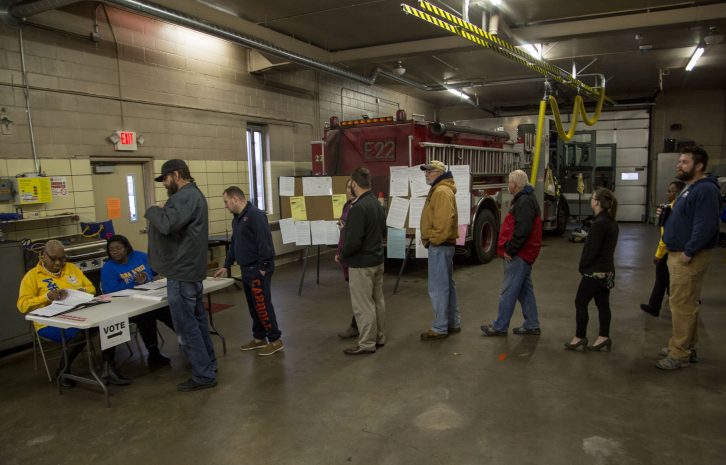 Voters in Wisconsin, a key 2020 swing state, are uninterested in the impeachment inquiry into President Donald Trump, according to a report from the Associated Press.

“Everything they say, it’s so repetitive. To me, it’s like they’re beating their heads against the wall,” a retired factory worker and Trump supporter told the AP.

“There’s so much information that sometimes it’s hard to decide which is the truth and which is just rumors,” another voter, who opposes President Trump, said. She added that she just tunes out the impeachment news, which she referred to as a “waste” of her time.

“I feel like we’ve been hearing since the second that he was elected president he needs to be impeached,” she said.

President Trump won Wisconsin and its 10 electoral votes by a razor-thin margin in 2016. Former secretary of state and two-time failed presidential candidate Hillary Clinton famously did not campaign once in the state and later expressed surprise at losing Wisconsin.

“I suppose it is possible that a few more trips to Saginaw or a few more ads on the air in Waukesha could have tipped a couple of thousand votes here and there,” the former first lady wrote in her book What Happened.

A recent Quinnipiac poll indicated that public impeachment hearings did not improve voters’ opinions of the inquiry. Forty-five percent of voters said they believe President Trump should be impeached and removed from office while 48 percent were opposed. Support for impeachment and removal was down 3 points from a poll taken before the public hearings.

“The televised impeachment hearings haven’t had much of an effect on the president’s approval rating, or how voters feel about impeachment. The numbers still don’t look good for Trump, but they definitely haven’t gotten worse,” Quinnipiac University polling analyst Tim Malloy said.

A recent CNN poll found support for impeachment and removal at 50 percent. That number was unchanged from a poll taken before the public hearings.