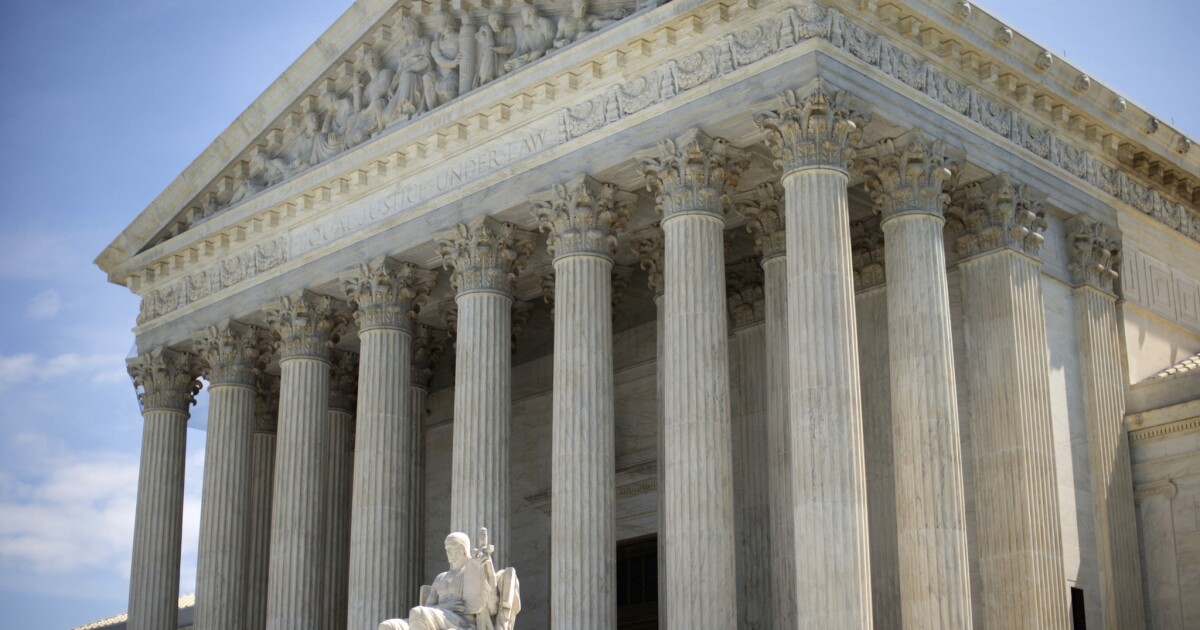 The Supreme Court refused on Monday to shield two conservative writers from being sued for defamation by a climate-change expert whom they accused of having “molested and tortured data in the service of politicized science.”

Over a dissent by Justice Samuel A. Alito, the high court cleared the way for Penn State professor Michael Mann to sue the National Review and the conservative Competitive Enterprise Institute for having compared him to the former Penn State football coach Jerry Sandusky, who was imprisoned for sexual abuse. Both had been investigated by the university.

In his 2012 article, columnist Mark Steyn said that in Mann’s case, as with Sandusky and football legend Joe Paterno, who was also involved in the sex-abuse scandal, Penn State “declined to find one of its star names guilty of any wrongdoing.” His comment repeated the words of an online columnist at the Competitive Enterprise Institute who first made the comparison between Mann and Sandusky.

The case involves a hotly disputed question that has split lower courts: When can statements of opinion form the basis of a libel suit? Ordinarily, the high court has ruled, a person can’t be sued for expressing an opinion. But when a statement mixes opinion with a claim about facts — in this case, the claim that Mann had misused data — courts have struggled to decide whether lawsuits are valid.

Lawyers for the institute and the National Review, a conservative publication founded in 1955 by the late William F. Buckley, urged the court to block the suit on 1st Amendment grounds. They argued that freedom of speech and the press requires shielding people who comment on matters of great public controversy, such as climate change.

Standing aside in this case, they said, “would be to insert courts and juries into every hot-button political and scientific dispute.”

But lawyers for Mann argued the disputed comments crossed the line from protected opinion to a defamatory accusation that Mann engaged in “data manipulation” and “scientific misconduct.”

An appeals court for the District of Columbia had refused to block the suit.

The high court’s action clears the way for the suits to go to trial. The justices, however, could still intervene later to review the verdict.

In the past, President Trump, among others, has called for making it easier to sue the press for libel. Justice Clarence Thomas has also suggested the court should reconsider the landmark 1964 decision in New York Times vs. Sullivan, which shields the press from being sued by public officials except when their reports reflect a “reckless disregard for the truth.”

Thomas did not register a dissent Monday in the cases of National Review vs. Mann or CEI vs Mann.

Alito, however, said the court should have heard the cases.

They “present questions that go to the very heart of the constitutional guarantee of freedom of speech and freedom of the press: the protection afforded to journalists and others who use harsh language in criticizing opposing advocacy on one of the most important public issues of the day,” he wrote.

“Climate change has staked a place at the very center of his nation’s public discourse,” he added. “The core purpose of the constitutional protection of freedom of expression is to ensure that that all opinions on such issues have a chance to be heard and considered.”