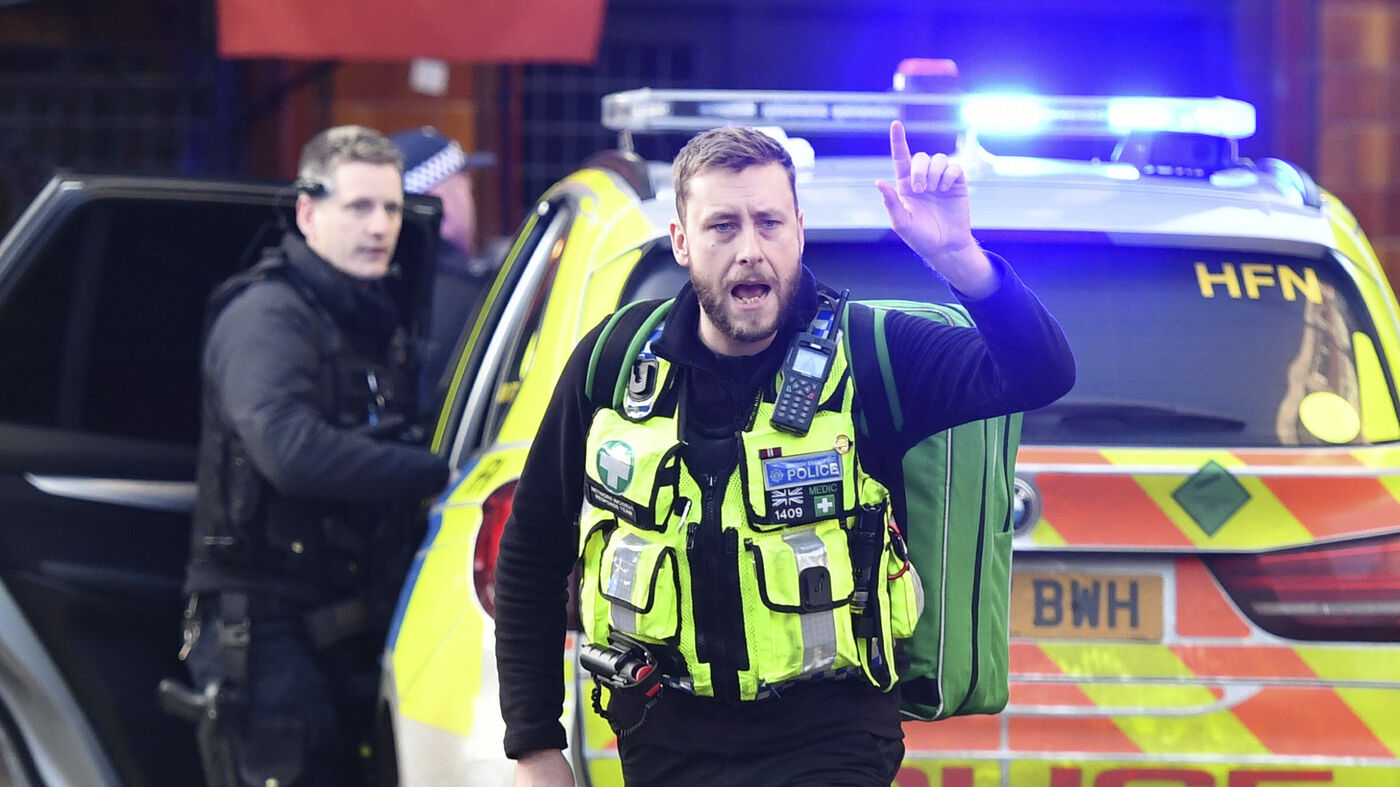 Police and emergency services at the scene of an incident on London Bridge in central London following a police incident, on Friday. 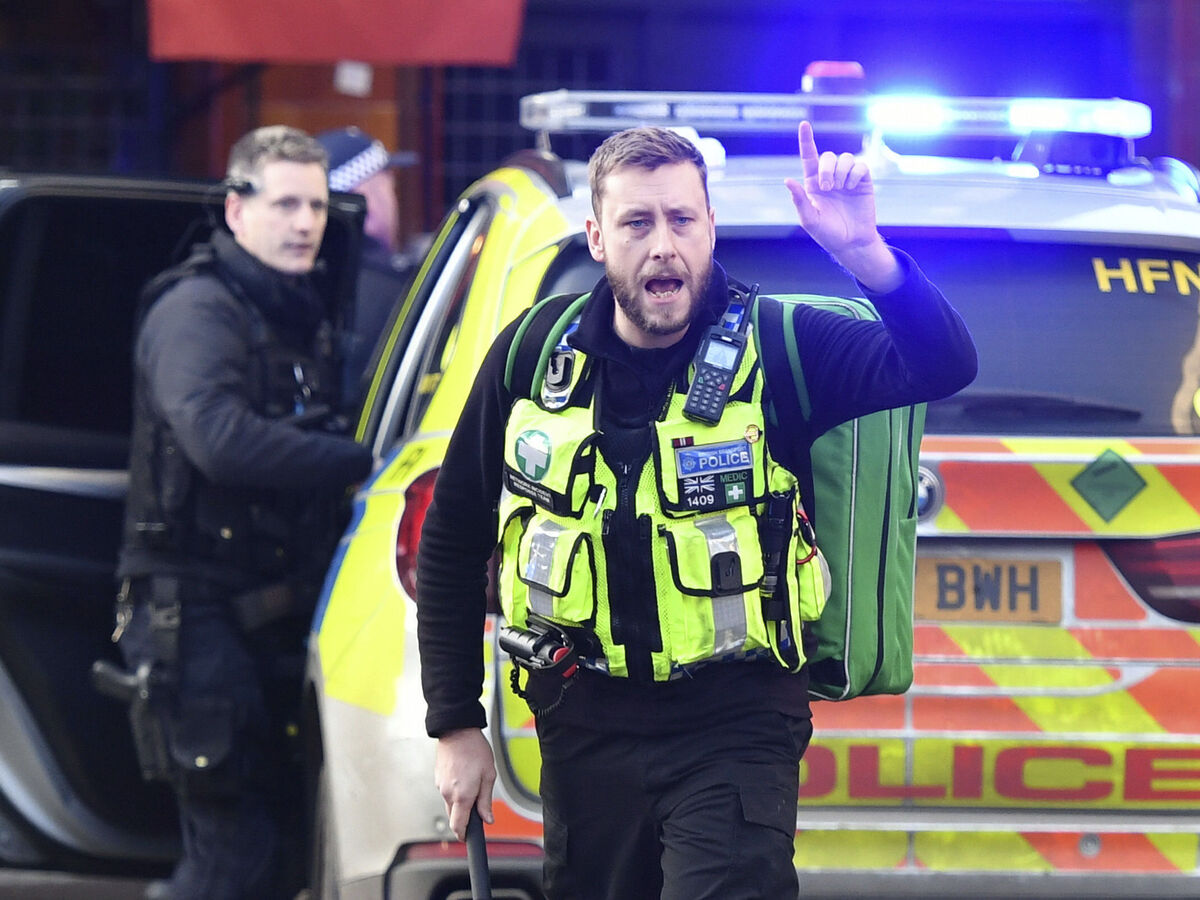 Police and emergency services at the scene of an incident on London Bridge in central London following a police incident, on Friday.

London police report that a male suspect was shot and killed at the scene of a terrorist incident near London Bridge.

Neil Basu, assistant commissioner of the Metropolitan police held a news conference at Scotland Yard several hours after the incident.

“I’m now in a position to confirm that it has been declared a terrorist incident,” Basu said. “Officers from the Met’s counter-terrorism command are now leading this investigation, but I must stress, we retain an open mind as to any motive.”

Basu did not say how many may have been injured in the attack saying only “a number of other people” sustained injuries.

“Officers continue to carry out particular searches in the area to ensure there is no outstanding threat to the public,” he said. “Those extensive cordons will remain in place for a considerable time, and I would ask the public, please continue to avoid the area.”

The Metropolitan Police say they were called to London Bridge at 1:58 p.m. local time on Friday.

“One man has been shot by police. We will provide further information when possible,” police reported.

Earlier, Metropolitan policy wrote on Twitter that: “A man has been detained by police. We believe a number of people have been injured.”

At this stage, the circumstances relating to the incident at #LondonBridge remain unclear. However, as a precaution, we are currently responding to this incident as though it is terror-related.

One man has been shot by police. We will provide further information when possible.

The area is currently on lockdown. London Ambulance Services declared it a “major incident,” saying several crews were called to the scene. 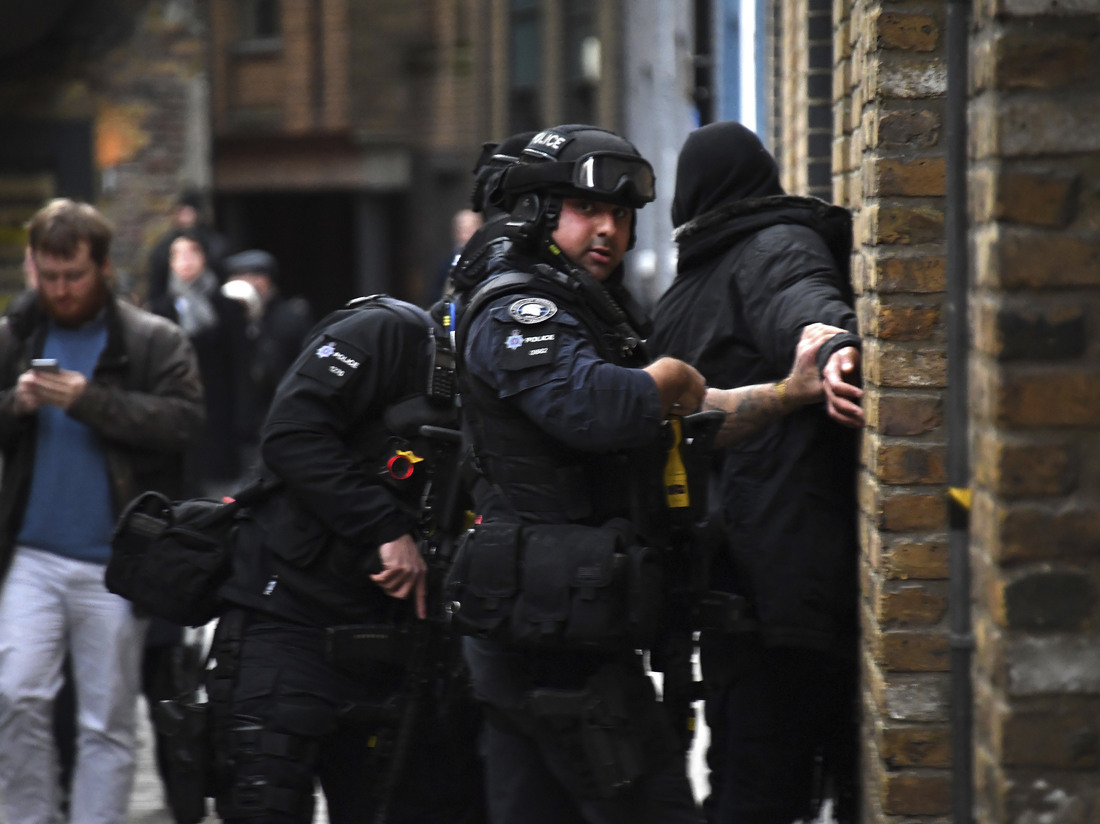 Police apprehend a man in an street on the south side of London Bridge in London, on Friday. 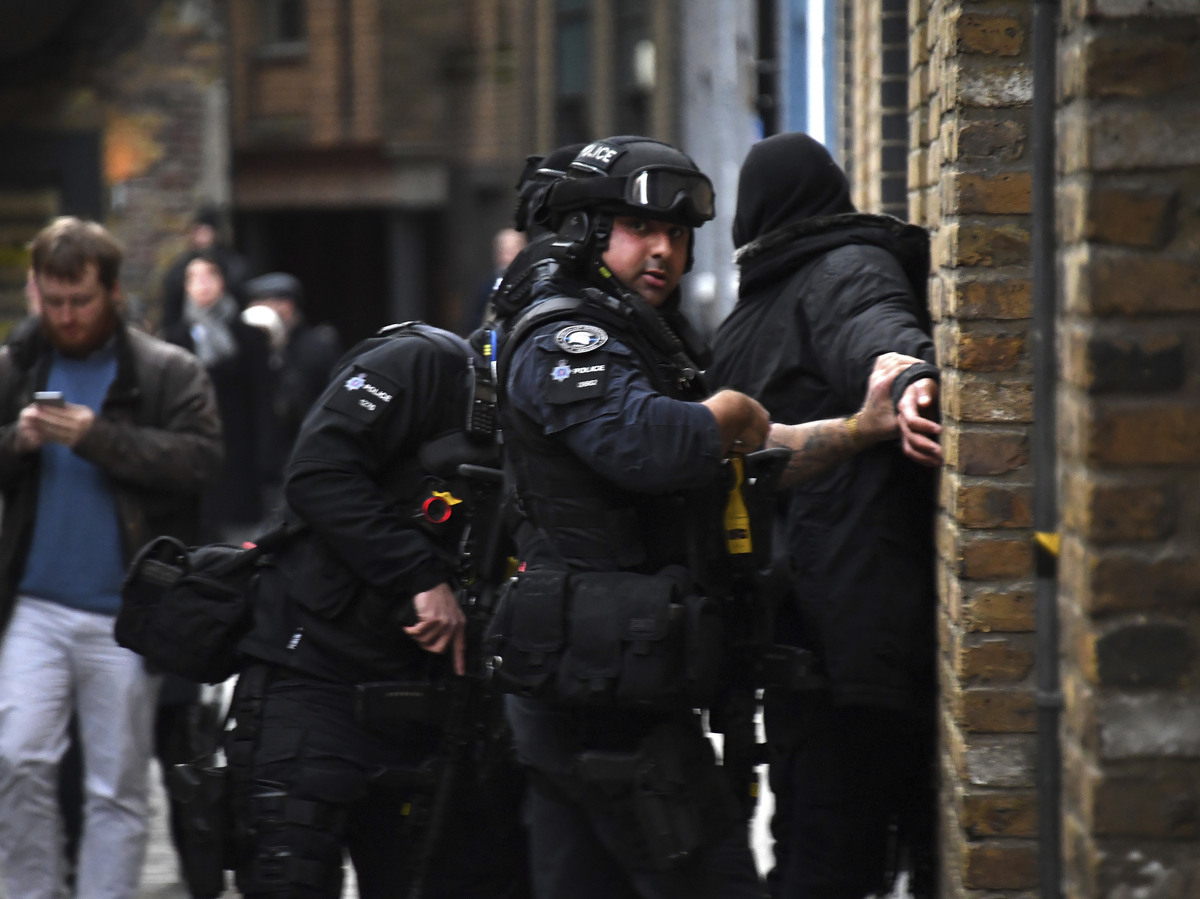 Police apprehend a man in an street on the south side of London Bridge in London, on Friday.

Prime Minister Boris Johnson went to No. 10 Downing St. after being informed of the incident.

“I’m being kept updated on the incident at London Bridge and want to thank the police and all emergency services for their immediate response,” he said.

In a statement, he also wrote: “We must — and we will — stay resolute in our determination to stand strong and united in the face of terror.”

Basu of the Metropolitan Police said he was on his way to personally brief Johnson.

White House spokesman Judd Deere said in a statement that President Trump had been briefed on the attack and was monitoring developments. “The United States strongly condemns all horrific acts of violence on innocent people, and we pledge our full support to our Ally, the United Kingdom,” he wrote.

On June 3, 2017, seven people were killed and nearly 50 wounded in a terrorist attack in London. The Islamic State claimed responsibility for attack that began when a van plowed into pedestrians on London Bridge. At least one knife-wielding assailant also reportedly stabbed one of the victims.

This is a developing story. Some facts reported by the media may later turn out to be wrong. We will focus on reports from police officials and other authorities, credible news outlets and reporters who are at the scene. We will update as the situation develops.