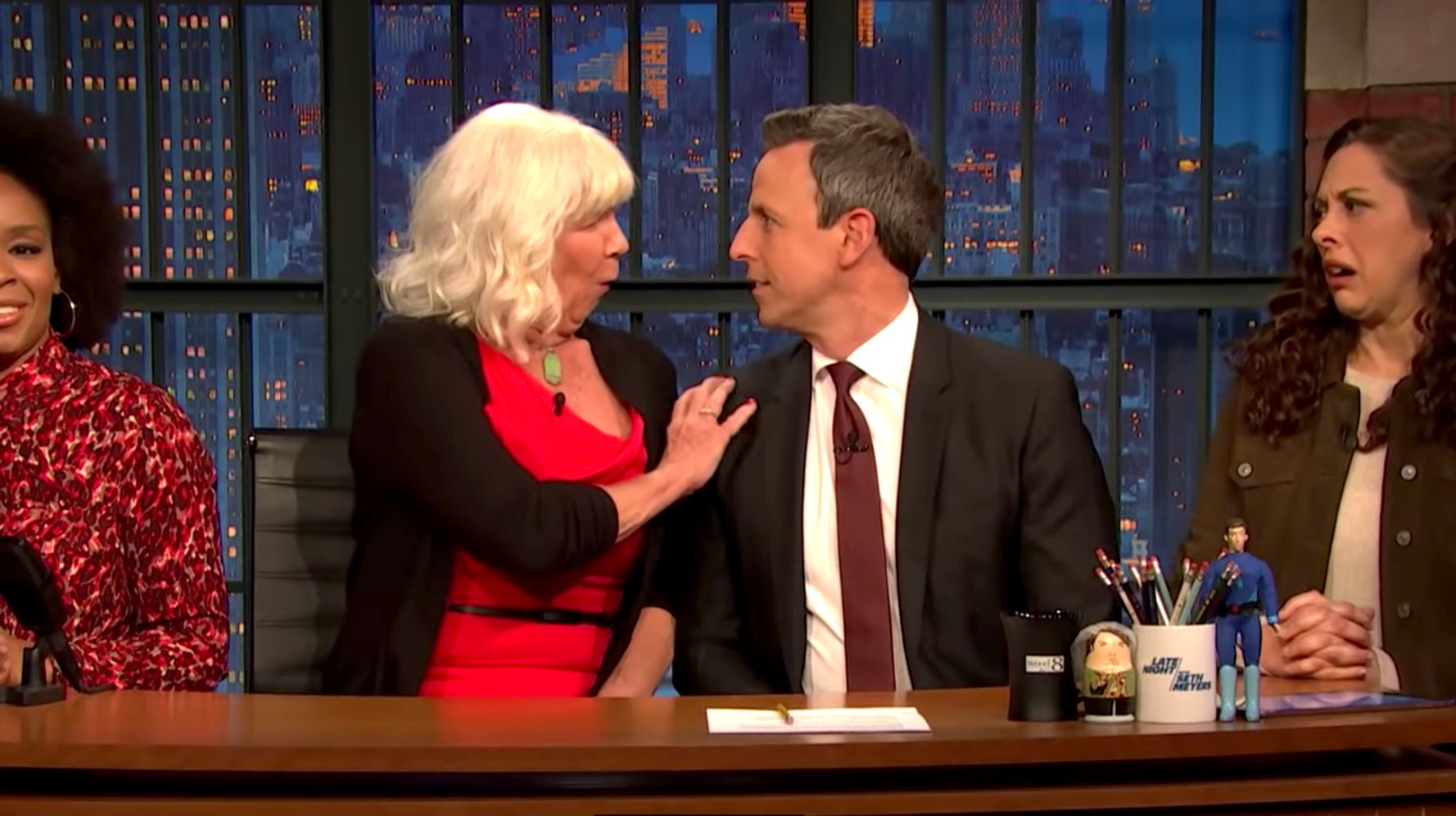 Seth Meyers’ mom thought she could handle her son’s dirty jokes. She was wrong.

The “Late Night’ host enlisted the help of his mother Hilary Meyers Thursday night, as well as the assistance of the show’s writers Amber Ruffin and Jenny Hagel.

To start out the segment, Meyers explained that his monologue each night was the result of the work of a “diverse team of writers”

“As a result, a lot of jokes come across my desk that, due to my being a straight white male, it would be difficult for me to deliver them, but we don’t think that should stop you from enjoying them,” he said, in introduction to his segment: “Jokes Seth Can’t Tell.”

“And we’re both women,” Ruffin declared.

The three comics went on to tell a bunch of jokes about white cars having flat trunks, lesbians and cats, Disney and racism, and more before surprise guest, Meyers’ mom, came on to tell a joke of her own.

“According to a recent article, young mothers are more likely to have children with ADHD…” the late night host began.

“…while hot mothers are more likely to have children with talk shows,” his mom quipped.

She then encouraged her son to have a crack at one of the inappropriate jokes, which he really shouldn’t have.

Check out the segment above.