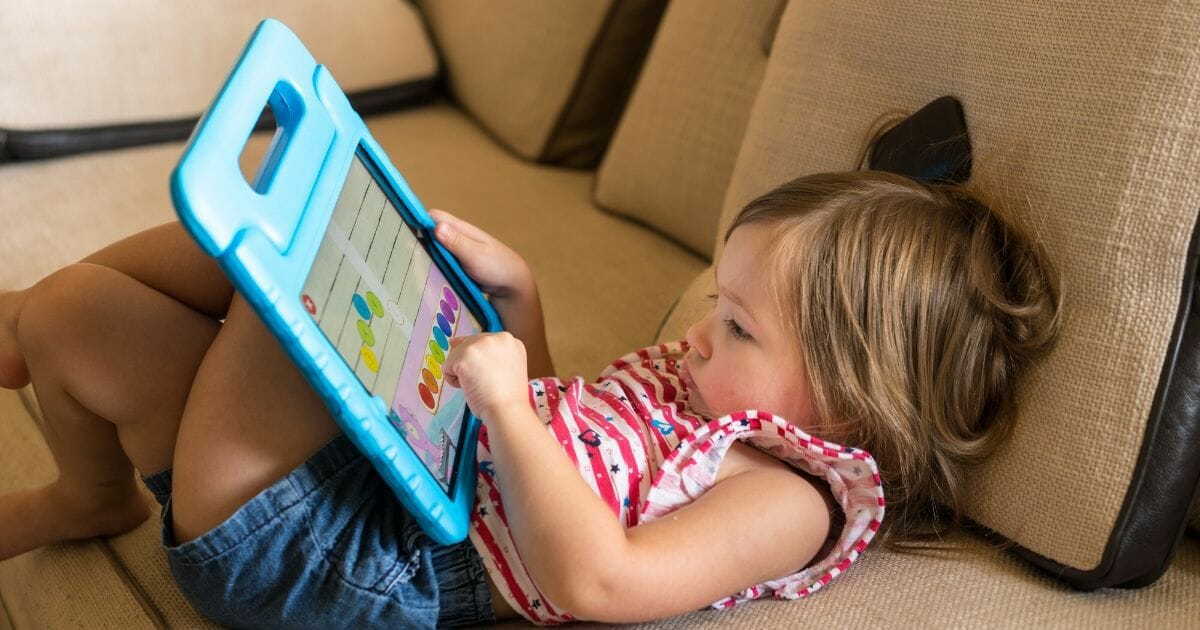 With the influx of technology aimed specifically at youngsters, screen time for children has also risen significantly. Now, one of the most common decisions parents have to make is deciding what age to expose their children to technology in their homes.

Some parents might let their child use a tablet for games and TV shows as soon as possible, while other parents have strict no-technology rules or screen-time limits.

However, parents might be rethinking their household technology-use policies after a Nov. 4 study published in the peer-reviewed medical journal JAMA Pediatrics found that excessive screen time is linked to lower brain development in young children.

Scans conducted on children between the ages of 3 to 5 found that those who were exposed to screens for more than an hour without parental engagement had lower levels of brain development in the white matter, which is key to the development of language, literacy and cognitive skills.

The children involved in the study were administered cognitive tests and scans while parents were given a survey about screen time to complete.

“Think of white matter as cables, sort of like the telephone lines that are connecting the various parts of the brain so they can talk to each other,” Dr. John Hutton, the lead author of the study and a pediatrician and clinical researcher at Cincinnati Children’s Hospital, told CNN. “If these ‘cables’ don’t develop properly, the brain won’t be able to process things as quickly.”

For children ages 2 to 5, the American Academy of Pediatrics recommends only an hour of screen time without parent engagement; children in the study who exceeded the recommendation had underdeveloped and disorganized white matter.

Do you allow children under the age of 2 to watch TV?

The children with a higher amount of screen time per day also performed lower on the cognitive tests.

Dr. Hutton said that this could lead children with less well-developed brains to fall behind in school and social skills.

But it’s not exactly the screen time itself that may lead to lower brain development — it’s possibly what kids are missing out on while sitting in front of screens.

“It’s not that the screen time damaged the white matter,” Dr. Hutton said, explaining that screen time activities may be too passive to help develop the brain.

“Perhaps screen time got in the way of other experiences that could have helped the children reinforce these brain networks more strongly,” Dr. Hutton added.

“These findings are fascinating but very, very preliminary,” Dr. Jenny Radesky, a lead author on the AAP 2016 guidelines on screen use among children, said to CNN. “We know that early experiences shape brain growth, and media is one of these experiences. But it’s important for parents to know that these results don’t show that heavy media use causes ‘brain damage.’”

Parents might understandably become alarmed after reviewing this study, but Dr. Radesky offered words of comfort and reassurance.

“It can feel overwhelming to think that our every parenting decision impacts our child’s brain development, but it’s important to also see this as an opportunity,” Dr. Radesky said. “There are parent-child activities we know help children’s development: reading, singing, connecting emotionally, being creative, or even just taking a walk or dedicating some time in our busy days to laugh together.”

Dr. Radesky added that there are plenty of other factors including “stress, parent mental health, play experiences, language exposure” that contribute to brain development but were not taken into account for the study.

According to the AAP, babies under 18 months old should not be exposed to screens unless they are being used to video chat with relatives and friends.

Toddlers around the age of 2 can learn things from screen media, but should be accompanied by an adult to help them understand and learn.

The AAP offers media time calculators and family media guides to make sure families can build a healthy approach to screen time.