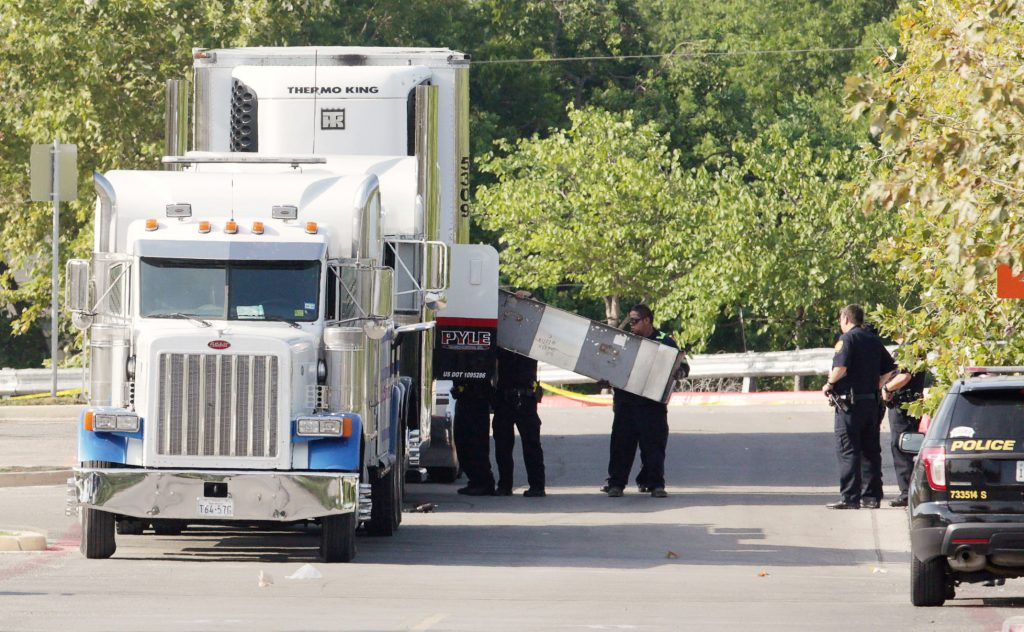 A 61-year-old San Antonio man pleaded guilty to two federal charges in the human smuggling incident that led to the deaths of 10 undocumented immigrants this summer.

The office added that Bradley’s “admission of guilt” meant he packed dozens of unauthorized immigrants into a tractor-trailer for financial gain, adding that the suspect confirmed that details from court documents were “factually correct.”

On July 23, San Antonio Police Department officers responded to a call from a Walmart employee shortly past midnight. Once officers arrived, they found 39 immigrants at the scene. Of those carried in the tractor-trailer, eight were found dead in the rear of the trailer, while two died later at nearby hospitals, the statement said.

Survivors of the incident said there was no air conditioning in the overheated trailer and had to take turns to breath through a hole in the back of the truck for air. Bradley also initially told investigators that he was unaware of the immigrants in the trailer until he had stopped at the Walmart in San Antonio for bathroom break.

The attorney’s office also said Bradley faces up to life in prison with the charges and that he is scheduled to be sentenced in January 2018. Immigrants said there were up to 200 people transported on the trailer and that different fees were quoted to them for the ride north from the U.S.-Mexico border, the statement added.

Jason Buch of San Antonio Express-News told the NewsHour earlier this year that Border Patrol agents in Laredo, Texas, reported an uptick of immigrants using tractor-trailers to get pass checkpoints at the border.

“People are usually going on to major metropolitan areas or regions of the country that employ a lot of immigrant laborers, so, areas with large agriculture industries or construction booms,” Buch said.

Shane M. Folden, special agent in charge of homeland security investigations in San Antonio, said in the statement that the proceeding “helps to close the door on one of the conspirators responsible for causing the tragic loss of life and wreaking havoc on those who survived this horrific incident.”

“This case is a glaring reminder that alien smugglers are driven by greed and have little regard for the health and well-being of their human cargo, which can prove to be a deadly combination,” he added.

Segura, 47, is an undocumented immigrant who resides in Laredo, Texas.