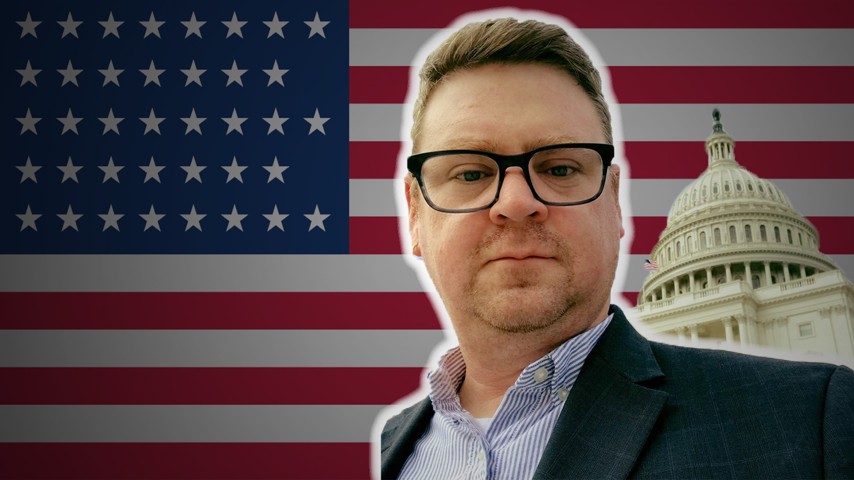 “I’m running as a Republican because I am a Republican,” says Robb Ryerse in the short documentary True Believer. Confusion, though, is understandable—Ryerse, who ran for the Republican House seat in Arkansas’s Third Congressional District last year, isn’t his party’s boilerplate candidate. His beliefs could be perceived as dichotomous: He’s an evangelical Christian who supports gay rights. He believes in small government, but is an advocate of Medicare for All. He’s anti-abortion, but pro–tax reform and green energy. He is, in short, a progressive Republican.

True Believer, directed and produced by Josh Gleason and Sarah Colt, premieres on The Atlantic today. The film chronicles Ryerse’s campaign in the 2018 midterm elections to unseat the Republican incumbent, Steve Womack, whom Ryerse describes as an “establishment type.” Ryerse, who was a pastor for 20 years, hopes that his views will resonate with Republican voters who are disillusioned with Donald Trump.

Gleason told me that following Ryerse’s campaign opened his eyes to a burgeoning movement of progressive evangelicals who are animated by issues such as the refugee crisis, income inequality, health care, and LGBTQ rights. “Evangelicals are often depicted as monolithic, but there are many young evangelicals who care deeply about issues not typically associated with the movement,” Gleason said. “There weren’t enough of [these voters] in Robb’s district to lift him to victory in the primary, but it’s clear that they’re out there—and they feel politically homeless.”

The film follows Ryerse from public appearances to the private realm, where he reckons with his unconventional messaging in intimate conversations with his wife. In one scene, the candidate engages in a debate about Confederate public monuments with a potential constituent. The exchange foregrounds Ryerse’s commitment to inclusivity, and his ability to listen to and level with the concerns of voters.

“Robb’s refusal to accept black-and-white partisan thinking was one of the core reasons we decided to follow his campaign,” Colt told me. “So many Americans take for granted that if you identify as a Republican or a Democrat, you subscribe to an immobile set of core policy positions. From the start, Robb was unafraid to challenge these assumptions—even though it made spreading his message far more difficult for his campaign.”

Ultimately, Ryerse garnered only a fraction of the incumbent’s votes. But his failure to secure a seat in the House has not quelled his ambitions. He is now the executive director of Brand New Congress, the group that originally recruited him to run for office. He also serves as the political director of Vote Common Good, which mobilizes religious voters in support of progressive candidates.