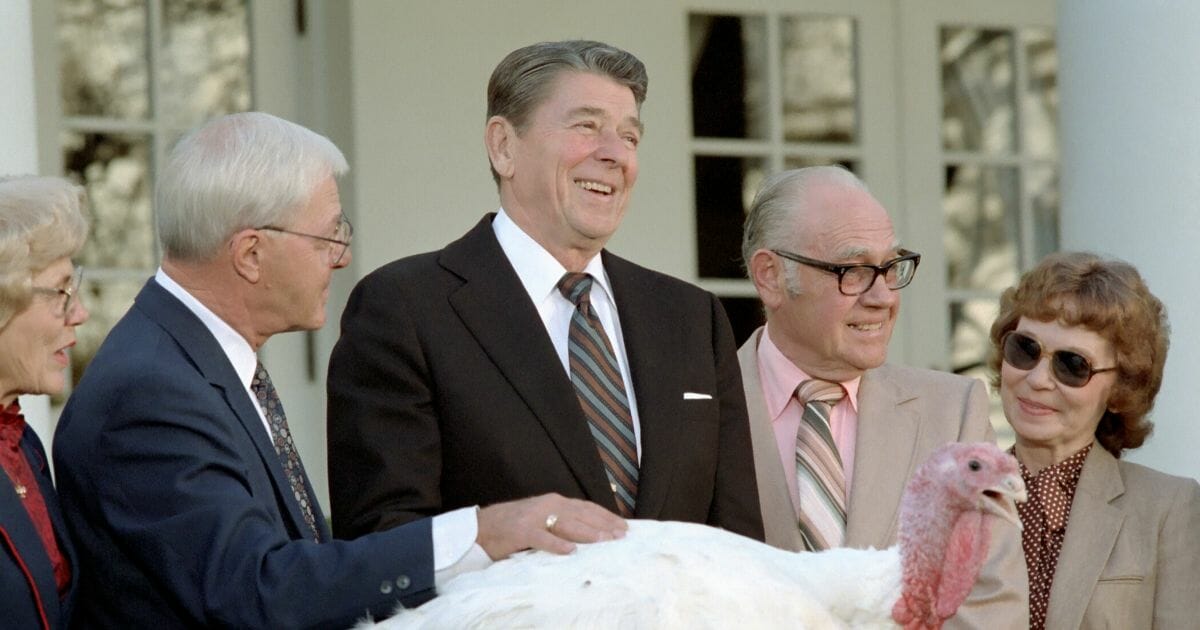 When Reagan addressed the nation that year, the world was in the middle of the Cold War. Millions lived behind the Iron Curtain of the Soviet Union, and many more lived under similarly harsh rule in communist China.

“Good morning, everyone,” Reagan began. “You know, the Statue of Liberty and this wonderful holiday called Thanksgiving go together naturally because although as Americans we have many things for which to be thankful, none is more important than our liberty.”

“Liberty: that quality of government, that brightness of mind and spirit for which the Pilgrim Fathers braved the seas and Americans for two centuries have laid down their lives.”

In 1985, existential threats like the Soviet Union put our nation’s prosperity and liberty at risk. In 2019, forces inside our own country seek to divide us and rend our liberty from within.

To Reagan and many Americans in his day, our unique liberty in this country was not something to be casually thrown away.

“Today,” he continued, “while religion is suppressed in perhaps one-third of the world, we Americans are free to worship the Almighty as we choose. While entire nations must endure the yoke of tyranny, we are free to speak our minds, to enjoy an unfettered and vigorous press, and to make government abide by the limits we deem just.”

There’s no telling what Reagan would say if he were to see the attack on religion in our current day.

Christians and organizations affiliated with the religion are under constant harassment by the LGBT crowd and other liberals seeking to turn the faith upside down in the name of tolerance.

Would Reagan have some wise words for 2019 America?

“While millions live behind walls,” Reagan said, “we remain free to travel throughout the land to share this precious day with those we love most deeply — the members of our families.”

Despite the left’s attempts to paint supporters of President Donald Trump as a xenophobic group of zealots hellbent on keeping all foreigners out, our country remains a shining beacon that people from all over the world flock to.

Although liberal areas have restricted travel to more-conservative states, so far our right to go from state to state remains largely unbroken.

“My fellow Americans, let us keep this Thanksgiving Day sacred,” Reagan continued. “Let us thank God for the bounty and goodness of our nation. And as a measure of our gratitude, let us rededicate ourselves to the preservation of this: the land of the free and the home of the brave.”

Watch his full speech below.

Reagan closed with heartfelt words that many Americans are sure to miss:

“From the Reagan family to your family: Happy Thanksgiving and God bless you all.”