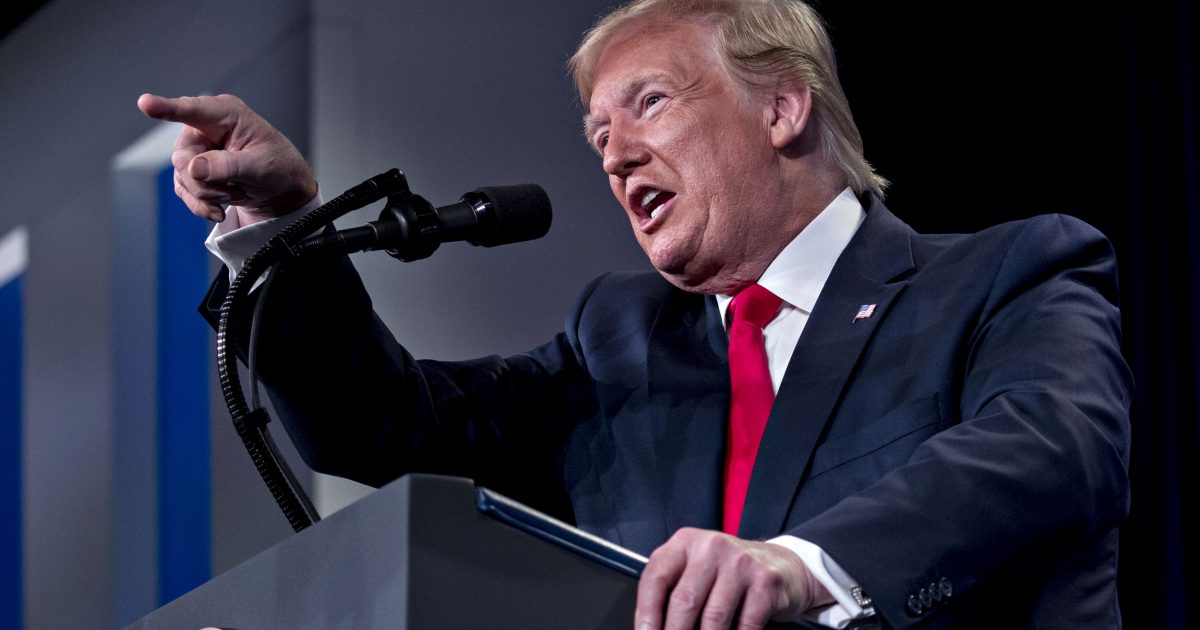 Darryl Meattey says he voted for President Donald Trump in 2016 because he believed Trump would stick up for “the little man”—including small businesses like the one Meatty runs in Troy, New Hampshire.

Now, Trump’s trade war might be driving Meattey out of business.

“I thought he was going to be different, but these tariffs are killing my business,” Meattey, the owner of Surell Accessories, a manufacturer of cold weather apparel including gloves, hats, and scarves, wrote this week in an op-ed for the Concord Monitor. Tariffs on imported goods from China have amounted to a $500,000 tax increase on his businesses, Meattey writes, and have caused sales to decline by about 10 percent.

Despite the president’s rhetoric, American businesses and consumers are bearing the brunt of the trade war with China—as a variety of studies have shown. For them, the next few weeks could be critical. Trump’s promised “phase one” trade deal with China, announced in mid-October, has yet to materialize in any detail. Unless a deal is actually struck, the Trump administration could follow through with the threat to impose another round of new tariffs—covering everything not already subject to other tariffs—on December 15.

China is seeking a commitment from Trump to roll back tariffs as part of the “phase one” deal, and the White House has reportedly been unwilling to make that promise. Raising tariffs yet again would seem to make a deal even less likely in the short term.

“I’m not sure we’re going to get a deal done by December 15,” Myron Brilliant, executive vice president and head of international affairs at the U.S. Chamber of Commerce, told CNBC last week. He said both sides need to be willing to accept compromises: China should not expect the U.S. to suspend all tariffs as part of a “phase one” deal, while the Trump administration should be willing to suspend the planned December tariffs and roll back some others.

If that doesn’t happen, it will mean more pain for American retailers. The set of tariffs going into effect on December 15 will hit a wide range of consumer goods—everything from children’s toys to laptops, gaming consoles, and other home electronics. The Trump administration originally planned to impose those tariffs in September but postponed their effective date to avoid hitting retailers and consumers during the holiday shopping season. The decision to postpone is an admission that Americans are indeed paying for the tariffs, and an indication of how potentially damaging the so-called “List 4B” tariffs could be to the economy.

The December 15 round of tariffs will be “costly and ineffective,” predicts Mary Lovely, a senior researcher at the Peterson Institute for International Economics, a trade policy center. They’ll be ineffective because most of the electronic products subject to the new tariffs are shipped from Chinese factories owned by multi-national corporations—meaning that any reduction in purchases caused by the tariffs won’t do much to pressure China into making concessions.

“Any burden they bear reduces earning for U.S.-based companies or those of our allies and will do little to motivate Chinese reforms,” Lovely writes.

Think about iPhones, which are assembled in China and will be subject to the new tariffs: Forcing Americans to pay higher prices for new smartphones might whack Apple’s bottom line, but likely won’t do much to hurt China. Apple can choose to eat the cost of the tariffs when it retails those iPhones, or it can jack up prices and pass the cost onto consumers—but neither of those outcomes will do much of anything to shift manufacturing jobs out of China. It’s financially untenable for Apple to make iPhones in the U.S., so the company will keep importing phones (and other gadgets) from China and the added tariffs costs will simply become part of the price tag.

In short: Trump’s tariffs have been pretty ineffective so far, but the next round will be a particularly bad self-inflicted wound.

All the more reason to hope the two sides can reach a deal before the December 15th deadline. But even if a deal isn’t reached, Trump should unilaterally withdraw the List 4B tariffs to spare American consumers and businesses.

“We need a final deal that gets rid of all the tariffs,” Meattey wrote. “I agree with the president that it’s time to make China play by the same rules as everyone else. But these tariffs are not the answer.”