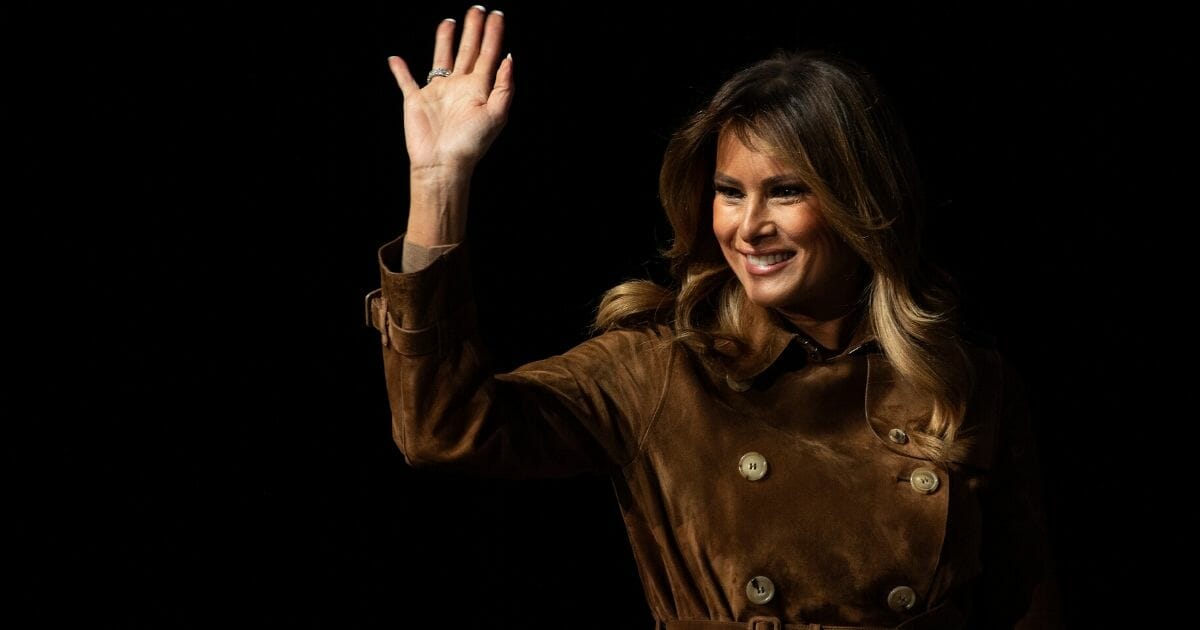 The media pounced earlier this week when first lady Melania Trump was greeted by boos prior to delivering an opioid awareness speech to students in Baltimore.

But what happened next got significantly less attention, at least from a variety of establishment media outlets.

The first lady received a mixed reaction Tuesday after being introduced at the B’More Youth Summit for Opioid Awareness, which was held on the campus of the University of Maryland, Baltimore County.

While cheers could also be heard, the boos were what many media outlets fixated on.

“Melania Trump is booed while speaking to students in Baltimore,” The Washington Post’s headline blared.

And The New York Times noted, “Melania Trump Is Booed While Addressing Students in Baltimore.”

The first lady was indeed booed, as can be seen below:

According to The Post, some students said they booed because they disagreed with comments President Donald Trump made about Baltimore over the summer.

The president had called the city a “rat and rodent infested mess” in a July tweet.

“Promoting education and awareness on these issues will always be one of my top priorities,” she told the students. “I am in this fight with you and I am fighting for you. I encourage you, if you are struggling with addiction right now, reach out for support — whether it’s a teacher, parent, friend, grandparent, coach or pastor, talk to an adult in your life that you trust. It is never too late to ask for help.”

Do you think the establishment media treats Melania Trump fairly?

“I know each one of you has hopes and dreams for the future, whether it is college, joining the military, or playing a sport. Your future will be determined by the choices you make,” she added. “Using drugs will only slow you down and prevent you from achieving those goals.”

And by the time she finished, she had won over many in the crowd, according to observers who were present for the event.

“But by the end of the speech, all of the adults agreed, the kids were booing less,” The Post reported at the end of its story.

“They listened, and they even clapped,” Danielle Whitmore, a parole and probation worker, told the outlet.

Loud cheers could be heard as Trump finished her speech (see the 5:30 mark below), though there were also some more boos:

The cheers, however, did not appear to get the same media attention as the boos.

The Post waited until the very end of its story to note that the crowd had warmed to the first lady.

BuzzFeed News did not even mention the cheers in its write-up of what happened.

Both CNN and The Times included a sole mention of Trump receiving some cheers in their articles.

The first lady, for her part, would later defend the students’ right to boo her.

“We live in a democracy and everyone is entitled to their opinion,” she said in a statement, “but the fact is we have a serious crisis in our country and I remain committed to educating children on the dangers and deadly consequences of drug abuse.”