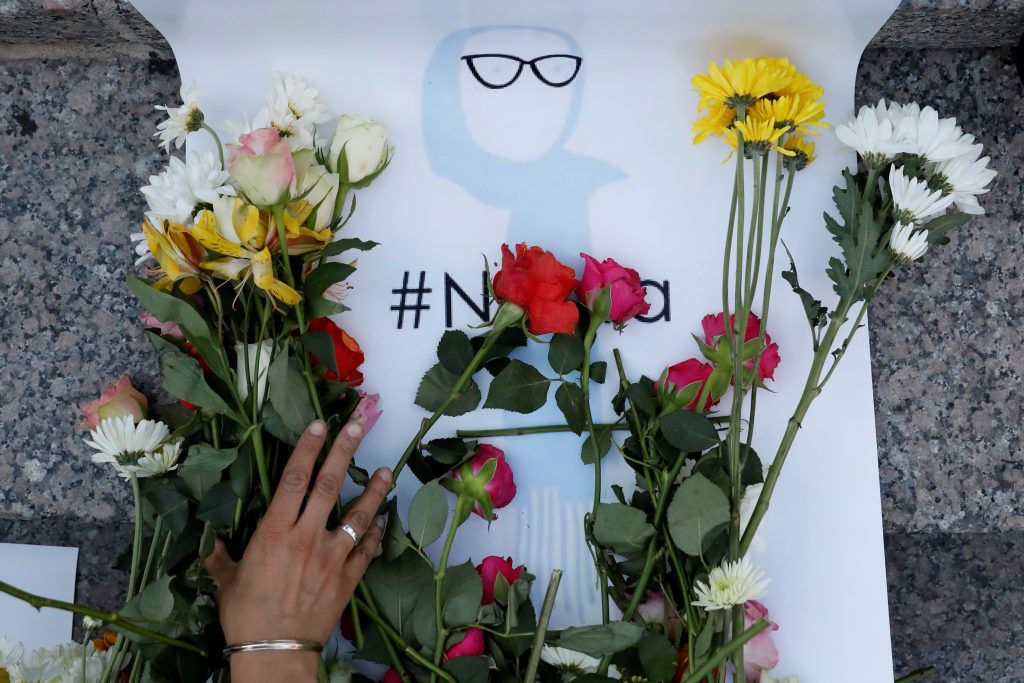 A grand jury has formally charged a 22-year-old man with capital murder and rape in the death of Nabra Hassanen, who was killed on her walk back to a Virginia mosque.

The Fairfax County Circuit Court indicted Darwin Martinez-Torres of Sterling, Virginia, on Monday on four counts of capital murder for killing Nabra, who was with friends while they had a meal before Ramadan services. Dozens of people had gathered outside the courthouse today, chanting “Justice for Nabra.”

Virginia law has specific conditions for pursuing the death penalty, but the Associated Press reported that the grand jury’s indictment described in graphic detail how Nabra’s killing was grounds for a death penalty against Martinez-Torres. The indictment appears to acknowledge for the first time that the 17-year-old Muslim teen was raped. Under state law, the combination of a rape charge with a premeditated murder charge means the death penalty can be pursued.

Police have said that Martinez-Torres, who is an undocumented immigrant, got into a confrontation on June 18 with a group of teens walking back to the All Dulles Area Muslim Society after grabbing a late meal. He is accused of returning later and beating Nabra with a baseball bat. Police said Nabra’s body was later discovered in a pond. A search warrant affidavit revealed that Martinez-Torres admitted to killing Nabra and had led authorities to where he dumped her body, AP reported.

Nabra’s parents and Muslim advocates have said that Nabra’s death was motivated by hate, but police has said that they will not treat the killing as a hate crime. Instead, police have said it was a road rage incident.

“The reason this guy he hit my daughter is because she’s Muslim,” Nabra’s father Mahmoud Hassanen told WAMU. “Why [didn’t he] hit the boy who bothered him?”

Nabra’s father added that he hoped for the death penalty, while her mother said she wanted Martinez-Torres to serve life in prison.

“I just want people to remember her, and don’t forget her,” Mahmoud told WAMU. “I think nobody can forget her too, for what she did in her life.”

A preliminary hearing for Martinez-Torres reportedly turned emotional on Friday, with Nabra’s parents both shouting at the suspect in court. Nabra’s mother Sawsan Gazzar apparently threw a shoe at Martinez-Torres during the proceedings.