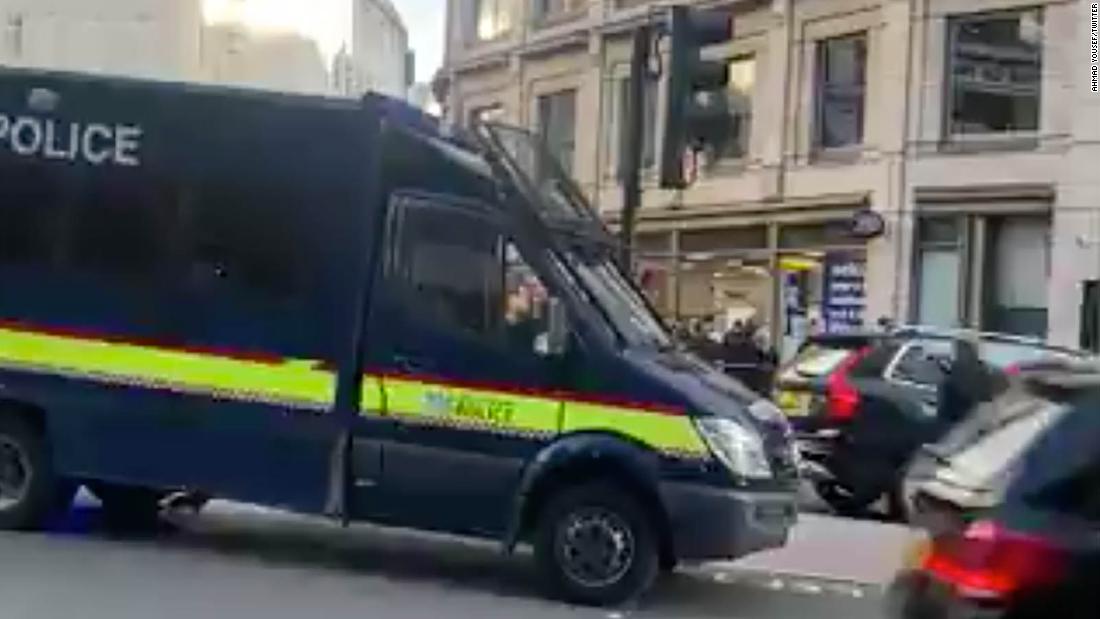 Simon Shorey and his family are on a day trip to London from Sussex, an area south of the capital. After grabbing a bite to eat at Gourmet Burger Kitchen (GBK) in Clink Street, they had planned on visiting the Shard tower. But their lunch was interrupted by the incident and they were told to hide under tables.

“The whole restaurant had people under their tables and sat down on the floor,” he told CNN. He says people were trying to keep updated with the latest developments on their phones and the atmosphere started to calm down.

“It seemed to suggest it was all over and then after 25 minutes it felt like it kicked off again,” he continued. “There were people running down the street just outside the windows of the restaurant. They weren’t screaming at that time but people were running back down and after a few more minutes we were told ‘everyone out, everyone out.”

Shorey praised police for their handling of the situation.

“We have three young kids and the police were able to smile and keep the calm. I don’t know what’s going on but clearly it’s not over.”