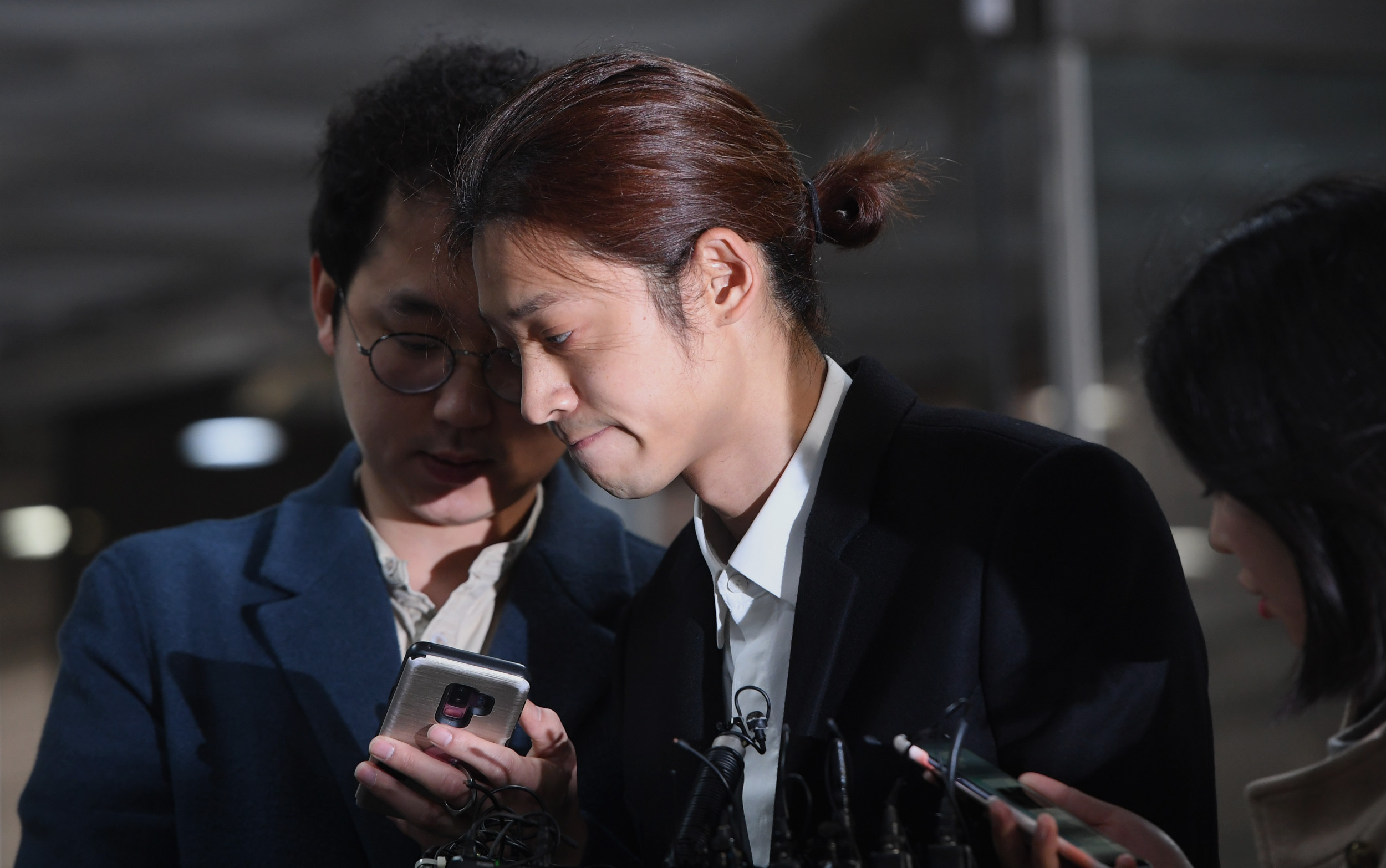 K-pop singer Jung Joon-young has been sentenced to six years in prison for his involvement in gang raping women while they were unconscious.

Earlier this month prosecutors had pushed a judge to sentence Jung to seven years for his role in the scandal that has rocked the South Korean entertainment industry. They also urged five years for Choi.

Both were convicted of sex offences and Jung was also convicted of illicitly filming and distributing footage of the assaults via online chat groups.

Both Jung and Choi were also ordered to undergo 80 hours of sexual violence rehabilitation and will not be able to work with children for five years.

Jung, 30, had preyed on women who were “drunk and unable to resist, filmed them nude and having sex then spread it on a group chat,” Judge Kang Seong-soo said during a sentencing hearing on Friday, BBC reported.

“We can’t imagine the pain the victims might have felt who found out later,” added Kang.

“I deeply regret my foolishness and I feel great remorse,” said Jung. “From now on, I shall only give out and live in remorse.”

One victim in the rape trial came forward after learning in the news that Jung had filmed and shared footage of him having sex with other women. She said she was gang raped by Jung, Choi and three other men while passed out in a hotel room in March 2016. In June, Jung said they had consensual sex but he did not rape her, while Choi denied all the charges against him, according to the Yonhap News Agency.

In March, Jung admitted to filming women without their consent, saying: “I admit to all my crimes.”

“I filmed women without their consent and shared it in a chatroom, and while I was doing so I didn’t feel a great sense of guilt,” Jung added. “Throughout the rest of my life, I will repent on my immoral and illegal acts that constitute crimes.”

In May, the 30-year-old star pleaded guilty to 11 counts of filming and distributing footage of women without their consent. He said he wanted to settle with the victims.

Jung is best known for appearing in South Korean variety show 2 Days 1 Night. Choi is a former member of the boy band F.T. Island. He quit the group, and the entertainment industry, as the sex video scandal erupted in March.