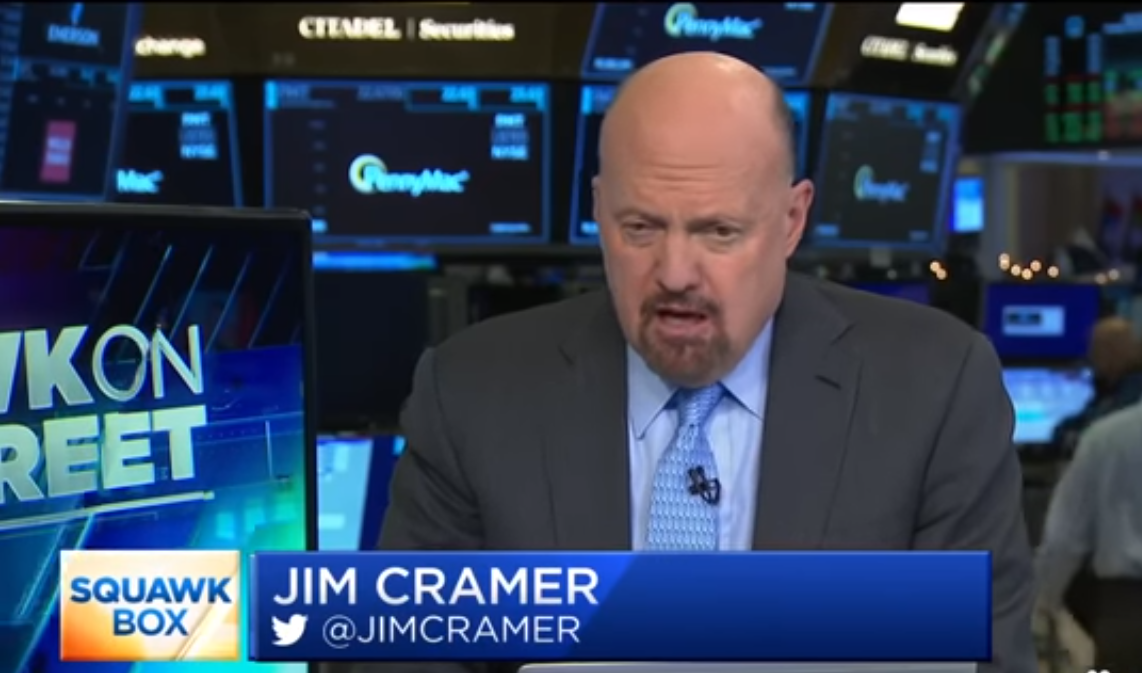 For months the mainstream media has been portraying China’s President Xi Jingping as having a much stronger hand than a supposedly weaker President Trump in the current trade war. However, CNBC’s Jim Cramer wasn’t buying that at all on Monday’s Squawk Box. In fact he was very critical of the American press for the way they have been reporting this situation even going so far as to say that despite what the press has been saying, Xi is actually in a much weaker position than Trump.

Perhaps that is because the MSM here was recently hyping how we are heading towards recession which would keep them from reporting on the acceleration of the American economy. Cramer also talked about how at the same time the American press has been promoting the supposed strength of Xi mainly in order to make Trump look weak.

I do think that what is happening is that the hand of Xi keeps weakening. But the mainstream media keeps talking about it getting stronger. I think Trump knows that that’s not the case. His trade advocate… all of his trade advocates know it is not the case. If you saw Mnuchin come out and say, ‘You know what, I’m finished with these guys,’ then what would happen is we would see a real deal. But we have to walk away to get a real deal. That’s the only way to do it, we have to walk away, because right now, I’ve got to tell you, I really don’t think China is doing well at all economically and we are. But the mainstream media says that Xi is a great Chinese man, with great democratic leanings, member of the WTO, and we have a madman as president. That’s pretty much what I see.

What Cramer sees is accurate. The mainstream media needs to continue the Orange Man Bad narrative even if it means boosting Xi in order to do so.