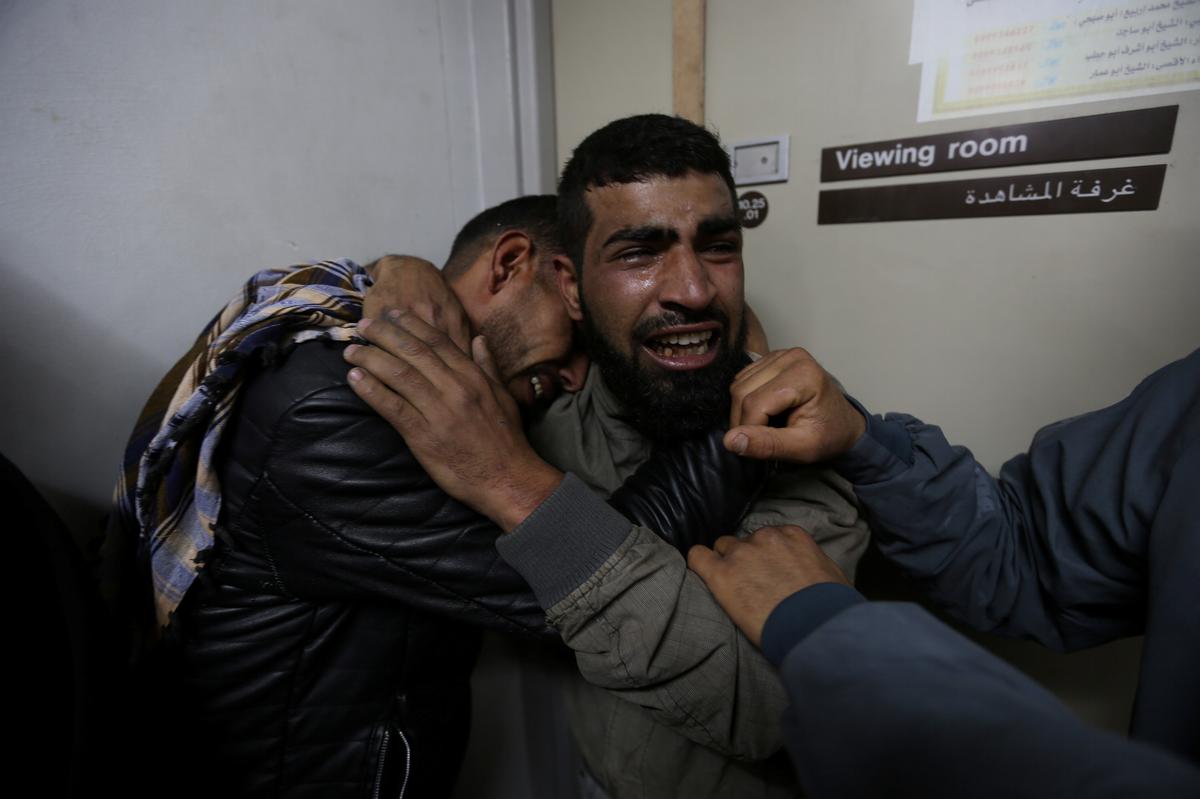 GAZA (Reuters) – Israeli soldiers shot and killed a Palestinian teenager near the border fence with the Gaza Strip on Friday, Palestinian officials said.

Relatives of a Palestinian teenager who was killed near the border fence, mourn at the hospital in the southern Gaza Strip November 29, 2019. REUTERS/Ibraheem Abu Mustafa

Israel’s military said soldiers had been fending off Palestinians who had approached and tried to sabotage its security fence. The military also said the demonstrators threw a number of explosive devices.

Residents in Gaza said a few dozen Palestinians had approached the border fence, an area in which Israel’s military, citing security concerns, enforces a “no go” zone. Some in the crowd hurled stones at the barrier, residents said.

One 16-year-old was killed and four other people were wounded by live fire, Gaza’s health ministry said.

“Troops responded with riot dispersal means and 0.22 caliber rounds,” the spokesman said. “A report regarding the death of a Palestinian is being looked into.”

Israeli soldiers have been confronted by frequent Palestinian protests that often turn violent along the Gaza border. They have used tear gas, rubber bullets and live ammunition against demonstrators who the military said hurled rocks or petrol bombs at them.

The organisers of those protests said they had called off this week’s mass-demonstration, but a smaller crowd still gathered.

Egypt, Qatar and the United Nations have been working to keep the border calm.

Gaza officials say about 210 Palestinians have been killed since the weekly protests began in March 2018. In that time an Israeli soldier was shot dead by a Palestinian sniper along the frontier and another was killed during an undercover raid into Gaza.