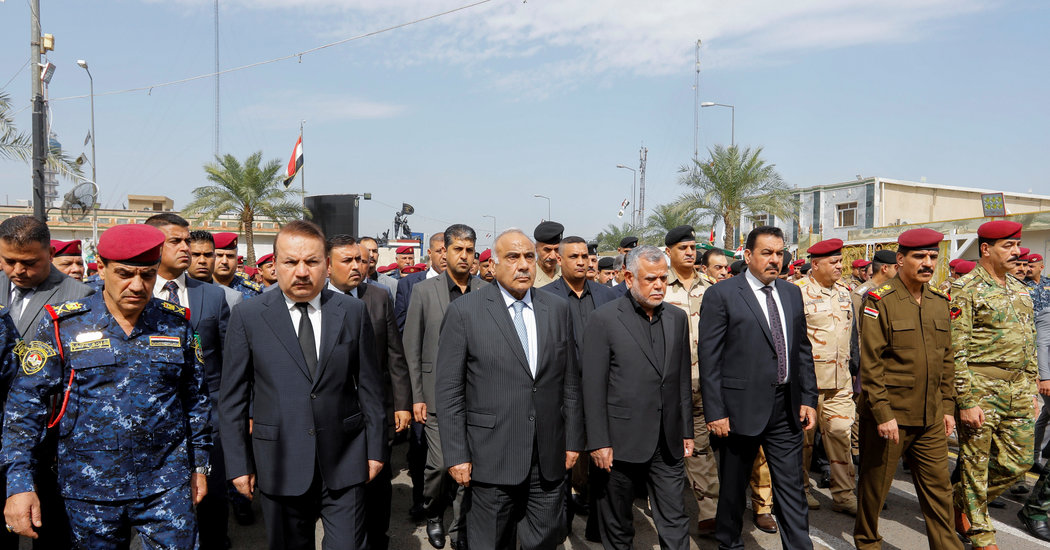 BAGHDAD — Prime Minister Adel Abdul Mahdi of Iraq announced on Friday that he would submit his resignation to Parliament, following weeks of nationwide antigovernment protests that have left hundreds dead.

The announcement prompted jubilant celebrations at the main protest site, Tahrir Square in Baghdad, the capital.

While Parliament is likely to accept his resignation, the timing is unclear. What is certain is that the resignation of Mr. Mahdi, 78, would lead Iraq into uncharted territory, as he would be the first prime minister to resign from office since the 2003 invasion that toppled Saddam Hussein.

In a statement issued by his office, Mr. Mahdi said he was stepping down so that the government could “reconsider its options” and “preserve the blood of its people, and avoid slipping into a cycle of violence, chaos and devastation.”

The decision comes one day after dozens were killed in a violent crackdown on protesters following a firebombing on Wednesday of the Iranian Consulate in the southern Iraqi city of Najaf that set off demonstrations around the country.

At least 400 demonstrators have been killed since antigovernment protests began at the start of October. On Thursday, 40 protesters were shot dead by security forces in Baghdad and the southern cities of Najaf and Nasiriyah, a sharp escalation of violence that continued on Friday.

It has been just over a year since Mr. Mahdi took office, and there is no agreement on who would take his place. One idea floated is for him to remain in a caretaker role, which would further weaken his government.

At least 35 protesters were killed on Thursday in violence centered on the southern city of Nasiriyah, where on Wednesday the government had sent additional security forces to try to halt what had become daily unrest there.

Instead of using tear gas or sound bombs, the hard-line reinforcements from the Interior Ministry’s Quick Reaction Forces opened fire on the mostly unarmed protesters in the early morning hours as they held a sit-in. At least 25 were killed and 160 wounded, according to a report from the Dhi Qar governor’s office and the Iraqi security forces’ Joint Operational Command.

Later in the day, violence resulting in at least 10 further deaths resumed in Najaf and in Karbala, which is home to the country’s two most venerated Shiite Muslim shrines.

On Thursday, protesters attacked one of the city’s most significant shrines, and the riot forces and popular mobilization forces defending the site drove the demonstrators back using live fire, according to witnesses.

In Karbala, there were clashes in the evening, and demonstrators hurled at least two grenades at the Iraqi security forces, injuring 19, according to a police statement.