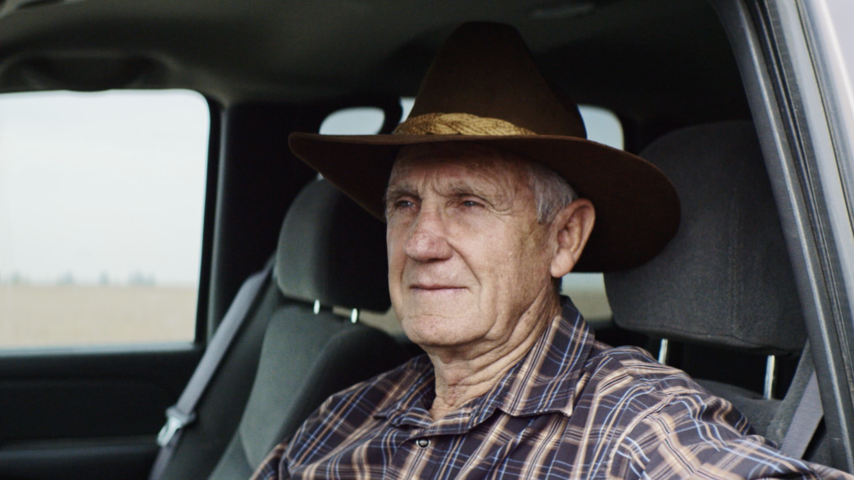 California’s Central Valley is one of the most productive agricultural regions in the United States—it yields a third of the produce grown in the country and is the world’s largest supplier of canned tomatoes. But a seven-year drought has threatened the viability of the valley’s farmland, and many rural communities have suffered greatly as a result.

Joris Debeij’s short documentary When a Town Runs Dry offers a window into the front lines of the water crisis. In the film, which is based on Diana Marcum’s Pulitzer Prize–winning reporting, we hear from several residents of Stratford, a farming community in which much of the land was decimated by the drought.

“Being able to work with the ground and with nature has been very satisfying,” says one farmer, “but of late, when the water becomes scarce, we don’t get a lot of help from the people who want the food that we grow.” The man, who inherited the farm from his father, has been forced to sell land as a result of the aridity. “This year, half of the farm has not been put into cultivation, because of a lack of water,” he says. “Without food production, there’s no jobs out in the rural communities.”

Another longtime Stratford resident describes feeling helpless in the face of the changing climate. “You don’t start thinking about reality until you start seeing the writing on the wall,” he says.

Emmanuel Vaughan-Lee, who produced the film, told me that he was impressed with the townspeople’s resilience in the face of the dire conditions in the region.

“In bigger cities, we are often insulated from the direct impacts of climate change and how it affects our immediate environments,” Vaughan-Lee said. “We see hotter days, erratic weather, and, most recently, fires—but we aren’t as close to the front lines as many of these smaller towns and communities.”

Fortunately, the California drought has relented in recent months. But many believe this to be a short-lived respite. “The aquifer in the Central Valley is being depleted at a rate much higher than can be replenished by rains, so it’s only a matter of time before farming becomes unviable,” Vaughan-Lee said. “When this happens, many towns in the Central Valley may not survive.”