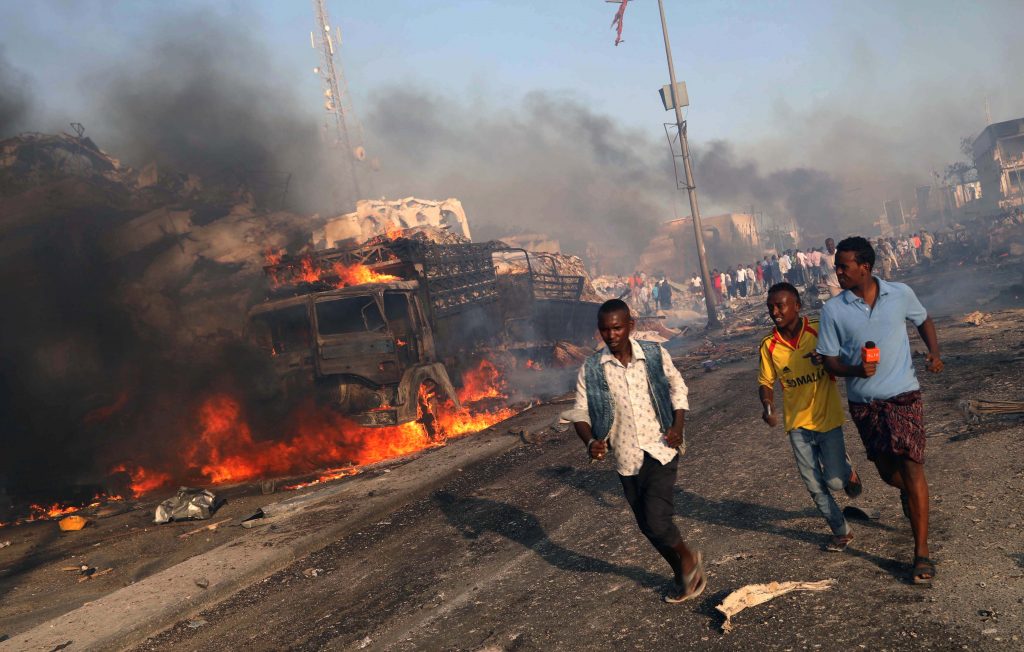 At least 231 people were killed and hundreds more wounded after a massive truck bomb on Saturday struck Somalia’s capital city of Mogadishu.

The Somali government has blamed the al-Qaida-linked militant group al-Shabab for the attack, and called it the deadliest ever to hit the nation.

The blast took place outside the Safari Hotel, where rescue workers dug through the rubble of collapsed buildings overnight in search of survivors. Witnesses described a devastating scene with large-scale carnage, as doctors worked feverishly to attend to the dead and injured, many badly burned.

“The hospital is overwhelmed by both dead and wounded,” Dr. Mohamed Yusuf, the director of Medina hospital located near the blast, told the Associated Press. “We also received people whose limbs were cut away by the bomb. This is really horrendous, unlike any other time in the past.”

Photos and videos of the bombing, which took place on a busy street near a section of the city housing foreign embassies, showed collapsed walls, twisted metal, and sporadic fires spewing smoke. The Qatari government said its embassy was “severely damaged” in the strike.

The truck bombing in Mogadishu is the deadliest in conflict-riven Somalia so far. Here are other major attacks: https://t.co/owNEZlqslj pic.twitter.com/HxUaSA85q2

Family members searched through the wreckage and waited at local hospitals with the hopes of finding relatives who survived the bombing.