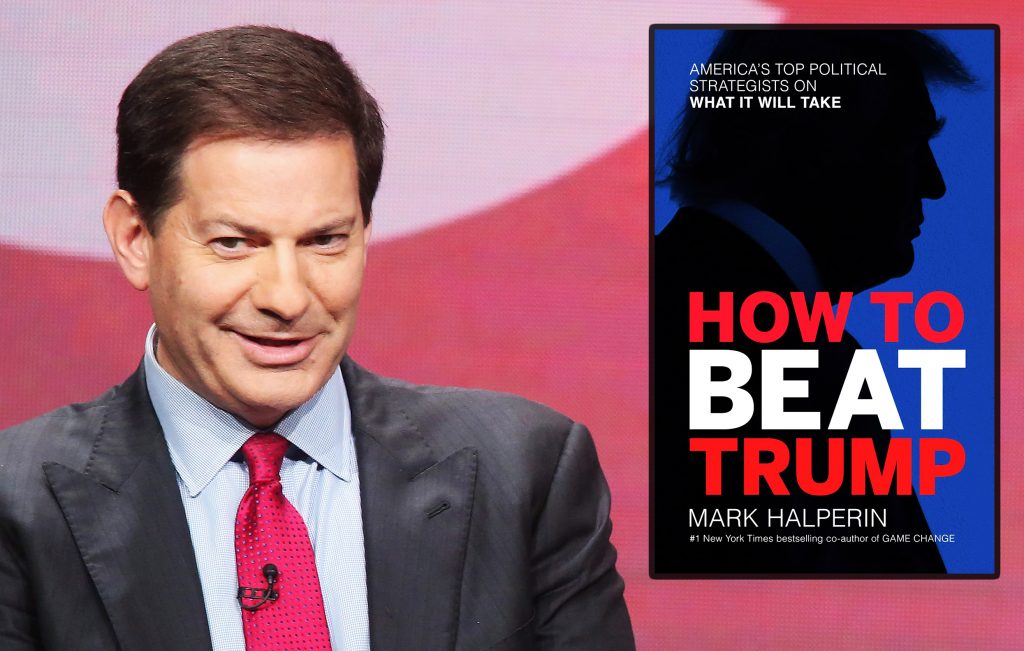 No one wanted Mark Halperin to write a book. Shunned from public life in 2017 after numerous (ex-)colleagues at ABC News accused him of sexual misconduct, the disgraced pundit’s analysis of the upcoming presidential election was not in particularly high demand. Nevertheless, he persisted, even as the market withheld its consent.

How To Beat Trump: America’s Top Political Strategists On What It Will Take sold just 502 copies in the first week after its publication in late October. For context, Stronger Together, the complete dud of a campaign book coauthored by Hillary Clinton and Tim Kaine in 2016, sold about 3,000 copies in its first week.

The poor sales figures did not come as a surprise. The mere announcement of the book deal Halperin signed with publisher Judith Regan of Regan Arts sparked a backlash from the disgraced pundit’s accusers. Regan, who once tried (unsuccessfully) to publish the eventual bestseller If I Did It by former Buffalo Bills running back O.J. Simpson, was undeterred.

Just about everyone involved in Halperin’s return to public punditry was slammed for it. The more than 75 Democratic strategists who agreed to be interviewed for the book were criticized for “enabling [Halperin] and re-traumatizing the victims.” Some of them, including former Obama adviser David Axelrod, expressed “regret” for participating. Others, such as Joe Biden campaign adviser Anita Dunn, did not.

The preemptive outrage campaign did the trick. Halperin’s debased irrelevancy is such that his critics haven’t even bothered to bombard his new book with negative reviews on Amazon, where How To Beat Trump has just 15 total ratings at the time of writing, most of them positive.

By far the most accurate assessment of Halperin’s book, however, is a short one-star review from Amazon user “EMS,” who notes that “There is nothing in this book you can’t get by watching any number of pundits on the cable shows.”

There really isn’t. You don’t need to read Halperin’s book to learn that Democratic strategists have no idea how they’re going to beat Trump in 2020. They think it will be hard, but not impossible. They’ve learned enough from Hillary Clinton’s traumatic defeat in 2016 to avoid sounding overly confident. Most agree, however, that the Democratic nominee should definitely hire a large team of political strategists to help them win.

In his introduction, Halperin teases the reader by promising the “unvarnished, fuss-free, straight-talking, no-nonsense, God’s-honest, real-news truth” from the experts he interviewed. It is a preview of things to come, but only in the sense that it betrays the author’s pathological obsession with adjectives. One is never enough.

In the book’s prologue, which somewhat dubiously attempts to compare the 2020 election to the 1992 election, the last time an incumbent president (George H.W. Bush) failed to win a second term, Halperin recounts a meeting of wealthy Democratic donors and prospective presidential candidates in Virginia. Over the course of several paragraphs, a “cantankerous and taciturn” San Francisco billionaire is showered with “effusive, perceptive praise” by the “impassioned, but also transactional and matter-of-fact” DNC chairman at an “unquestionably ornate and overstuffed” estate before asking “thoughtful, canny questions” about the party’s “agile, astute, audacious” election strategy.

Donald Trump is carpet-bombed with heavy descriptive ordinance. He’s an “arrogant, eccentric, isolated, fragile, vain, obdurate narcissist” who exudes a “strange amalgam of frenzy and nonchalance.” His biography is “glittered with a tacky gold plate rather than a lustrous organic nacre.” Trump’s rallies are “raucous and caustic, replete with grim warnings, exultant boasts, and nasty riffs, yet infused with a winking, jovial intimacy.” He relies on “mulish falsehoods” that are also “blatant, provable, recorded, unambiguous, concrete, irrefutable.” Superfluous doesn’t even begin to describe Halperin’s account of the time he visited Trump Tower to “meet with its eponymous owner.”

As for the advice offered by Democratic strategists, some of it seems useful, if slightly self-interested. “Democrats have to stop condescending to rural voters,” says one strategist from a rural state. Another sensible suggestion, attributed to several sources, is to deny Bill and Hillary Clinton a primetime speaking slot at the national convention.

There’s also plenty of network-quality pablum. “You are going to have to find the right tone and say the right things,” says former Bernie Sanders strategist Tad Devine. Former Michigan governor Jennifer Granholm, on whether to emphasize rallying the base or persuading swing voters, says, “I think it is a false choice. I think you have to do both.”

There’s some bold advice, such as Clinton veteran James Carville’s suggestion that the Democratic nominee promise to refer Trump for criminal investigation during the first answer of the first presidential debate. There’s also no shortage of bizarre advice, such as political consultant Will Robinson’s assessment that the Democratic Party “would be better off if it drew its leadership from theater majors who know how to tap into their emotions and tell a good story.”

How To Beat Trump makes one thing clear: The world really didn’t need a Game Change 3: Triple Double Smackdown, or whatever the next Halperin-Heilemann joint was going to be called before Penguin Press pulled the plug in response to the sexual misconduct scandal. The author, who presumably has notebooks full of Game Change material on hand, unloads some of it here to give us a taste of what we’re missing. Not much, as it turns out.

“It was a sweltering day,” Halperin describes the first day of the 2016 Democratic National Convention in Philadelphia. Outside the Wells Fargo Center, a group of Bernie Sanders protesters “had the loudest voices and drew media coverage like oxygen to a red-hot flame.” As such, “the boiling heat only matched the protestors’ mood, lending a primal, earthy feel to their rage.” Meanwhile, the mood inside the convention hall was “dark, fractured, and choleric.”

The Democratic Party’s general mood hasn’t changed much since then, even if their prospects for defeating Trump are slightly better than Halperin’s odds of reviving his career, which remains stalled, crippled, defunct.