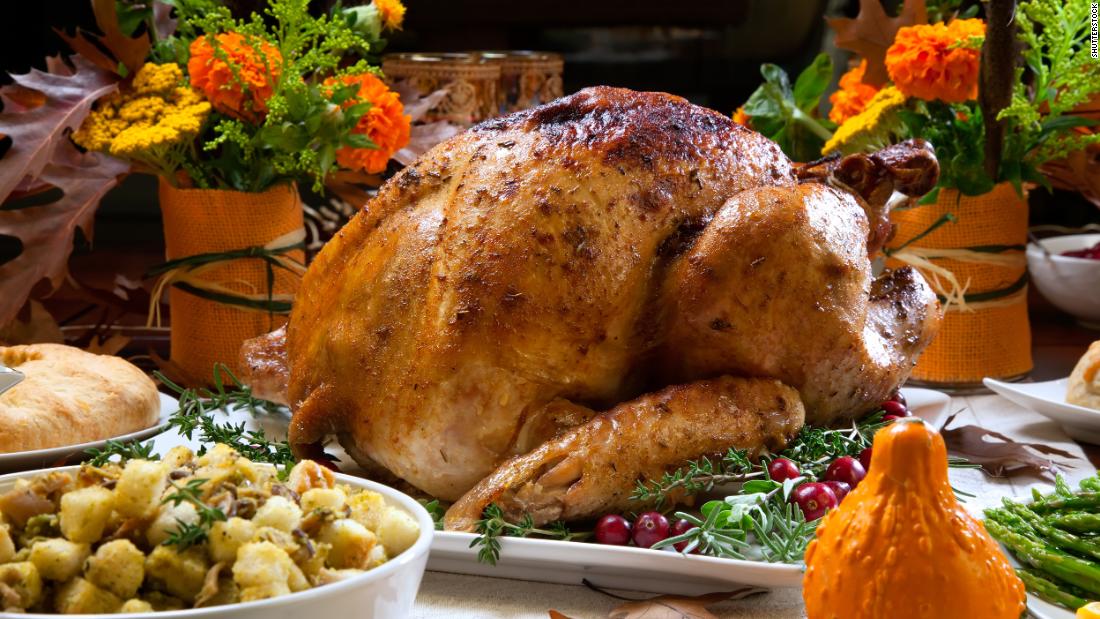 For many, this is easily the best part of the entire holiday — but at a certain point, even the most devoted leftovers fans will question if that side dish is still OK to eat.

Some answers depend on your family traditions: If your relatives like to leave the Thanksgiving feast on the table for all to snack on during the football screen fest, you’re already in trouble. Bacteria grow fast.

Make your snacks from the fridge, not the table, is the advice.

Then check the guide below to find out long you can keep common Thanksgiving leftovers in your fridge and when you should toss them out.

Cooked turkey, chicken and duck (in case you are making a turducken) will last three to four days in the fridge according to Foodsafety.gov, the go-to place to get food safety information from various government health agencies.

Do: Freeze the leftovers in foil or airtight containers as soon as possible; the fresher the turkey is when it goes in, the better. They should be good for two to six months.

Don’t: Store a leftover bird with stuffing still inside; it will take too long for the stuffing to cool and bacteria could grow. Instead, take the stuffing out and save it in a separate container before refrigerating or freezing the turkey meat.

Those popular spiral-cut hams or any store-wrapped cooked ham will last three to four days in the fridge. Cooked country hams will last a bit longer, up to a week.

Do: Wrap it up tightly in plastic wrap or aluminum foil before refrigerating. If you choose to freeze, it will be good for one to two months.

Don’t: Try to save any leftover ham that has a slimy texture — that’s a tell-tale sign it’s gone bad.

You’ll likely have made them with cream and butter, so you’ll need to put the spuds into the fridge within two hours of preparation. If stored in an airtight container, they will last three to four days in the fridge (this applies to any sort of cooked potato dish, such as potato salad or scalloped potatoes).

Do: Consider freezing your mashed potatoes or gratins in airtight containers or plastic freezer bags within three days; they should be good for up to a month.

Don’t: Freeze any leftover raw potatoes that didn’t make it to the table without blanching them first; otherwise, they’ll be watery when rejuvenated.

It’s all gravy: Any broth made with meat will last three to four days refrigerated and up to two months in the freezer. Same goes for that delicious dressing, if there’s any left.

Do: Store it all within two hours of making, in an airtight container. If freezing, it will keep about a month.

Don’t: Forget and leave your stuffing in the turkey. It’s a breeding ground for bacteria.

You can keep adding that delicious homemade or store-bought cranberry sauce to your sandwiches for up to two weeks if it’s been kept refrigerated in an airtight container.

Do: Refrigerate homemade cranberry sauce within two hours of cooking. If you want to make extra and freeze, it will last for up to two months.

Don’t: Touch it if there’s an off odor, flavor or appearance (especially mold).

Keeps for: Three to five days

Green bean and corn casseroles and cooked pasta dishes typically last about three to five days when properly stored in the fridge. The same goes for roasted veggies, collard greens and other Thanksgiving dinner favorites.

Do: Be sure to store any dish containing mayonnaise within two hours of making or serving.

Don’t: Freeze any macaroni salad (or egg, chicken, ham or tuna salads), says the USDA. They just don’t taste good when they come back to life.

Keeps for: About a week

Do: Keep your leftover rolls and other Thanksgiving day breads wrapped in plastic in the pantry; they should be good for a week. To last longer, wrap tightly in foil and place in a freezer bag for up to three months.

Don’t: Put breads into the fridge to help them last longer, they’ll just dry out.

Pumpkin and pecan pies — or any other pie with an egg-based filling, such as chocolate pie — will keep for three to four days if refrigerated within two hours of making or serving.

Fruit pies can sit out for two days before you cut and serve them. After eating, loosely wrap with foil or plastic before you put the pie in the fridge.

The rule applies to store-bought pies as well — once you’ve cut it, it needs to refrigerated.

Do: Consider freezing pumpkin, pecan and fruit pies. Wrapped tightly in foil or plastic they will keep for almost three months. Defrost before warming to eat.

Don’t: Freeze any ‘airy’ pies such as custard or chiffon.

Keeps for: Up to a week in the fridge

Cakes and pastries can actually be left at room temperature on the snacking table for up to two days; you’ll want to cover loosely with plastic wrap to keep them moist. Put into the fridge, they’ll stay fresh for up to a week.

Do: Keep slices to snack on by freezing in airtight containers; they will last two to three months.

Don’t: Keep any cakes or pastries with dairy-based frostings or fillings out on the table after dessert. They need to go immediately into the fridge.