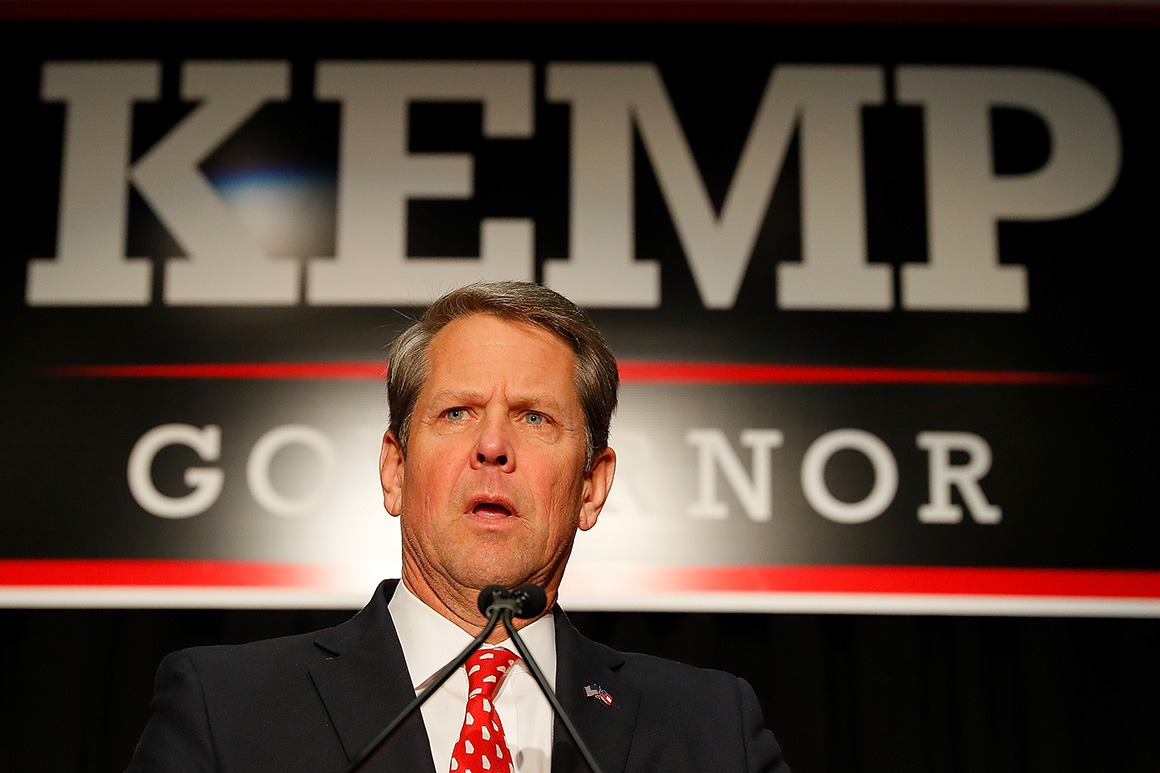 The hospital does not perform elective abortions and has not for a decade, according to the Atlanta Journal-Constitution. Dannenfelser argued that physicians affiliated with the hospital perform abortions, and are plaintiffs in a lawsuit against anti-abortion legislation signed by Kemp.

In an interview, Dannenfelser said “it’s hard to see how she’s the woman we need for the moment in the U.S. Senate.”

“We’re past the point of ever being willing to accept sort of a passive argument for someone’s pro-life advocacy or pro-life position,” she said. “All we’ve seen is evidence of her leadership positions and what she’s failed to do with them.”

Dannenfelser added that the decision is ultimately Kemp’s. But she said her group would be “extremely disappointed and surprised” if he picks Loeffler, “given the strong pro-life leadership that he has modeled for the nation.”

“After the Senate gains made by conservative and pro-life candidates in the 2018 election, this would be a huge setback,” Tom McClusky, president of March for Life, said in a statement.

“I stand with hardworking Georgians and @POTUS. The idea that I would appoint someone to the U.S. Senate that is NOT pro-life, pro-2nd Amendment, pro-freedom, and 100% supportive of our President (and his plan to Keep America Great) is ridiculous,” Kemp tweeted.

“The attacks and games are absolutely absurd. Frankly, I could care less what the political establishment thinks. Happy Thanksgiving! More information after the holiday!” he added.

The new opposition follows a tense White House meeting between Kemp, Loeffler and Trump over the weekend.

Kemp has been leaning toward appointing Loeffler to the seat and wanted to introduce her to the president before he made any announcement. Joining the meeting was Nick Ayers, a Georgia-based operative and former administration official who has been working as an intermediary between the governor and the president.

But the meeting, which was first reported by the Wall Street Journal and confirmed by two people familiar with what took place, did not go as planned. Trump raised pointed concerns that Loeffler would be a needlessly risky choice. Loeffler would be a first-time candidate and the conservative state, he contended, was full of seasoned Republicans who could survive an election.

Trump also said he did not know how his supporters would respond to Loeffler. While she has donated to the president, she was not an original backer of his during the 2016 campaign. The president made the case there were several other Republicans, including Collins, who were safer bets.

Collins has several high-profile backers pushing for him to be appointed, including the president’s son, Donald Trump Jr. Fox News host Sean Hannity said during an interview with Collins Tuesday night that he would “urge” the governor to appoint him, calling the congressman a “Republican with a backbone.”

Collins responded that he would be “great for Georgia, but also be there for this president.”

Collins told POLITICO last week he would consider running for the Senate seat — which Sen. Johnny Isakson is vacating at the end of the year for health reasons — even if he weren’t appointed by Kemp. The prospect of another Republican challenging Kemp’s pick could send the race into a runoff, which would happen if no candidate from either party receives 50 percent of the vote in November.

The meeting with Trump was a letdown for Kemp. The governor won a 2018 primary thanks partly to a last- minute endorsement from the president. By stopping by the White House Sunday, he was hoping to get the president’s approval and avoid a situation in which he boxed Trump in by picking someone the president didn’t like.

Senior Republicans say it’s still possible the governor will appoint Loeffler, who he believes can help the party appeal to suburban women who’ve been abandoning the GOP in droves since Trump’s election. There is some concern that choosing Collins to run alongside Trump and Sen. David Perdue, who is up for reelection next year as well, would not help the party in that regard.

Kemp and the president spoke by phone on Monday, a conversation that was described as more positive.

At the highest levels of the party, however, there is frustration about an appointment process that has dragged out for months and caused friction with the White House.

One Georgia Republican strategist, who requested anonymity to speak frankly, said the perception that the meeting with Trump didn’t go well put Kemp “in a bind.”

“Now he’s got to be out there publicly defying the president, which is not good, or he’s going to be forced into picking somebody he doesn’t want to pick,” the strategist said. “He’s in a really, really tough spot.”

Marianne LeVine contributed to this report.