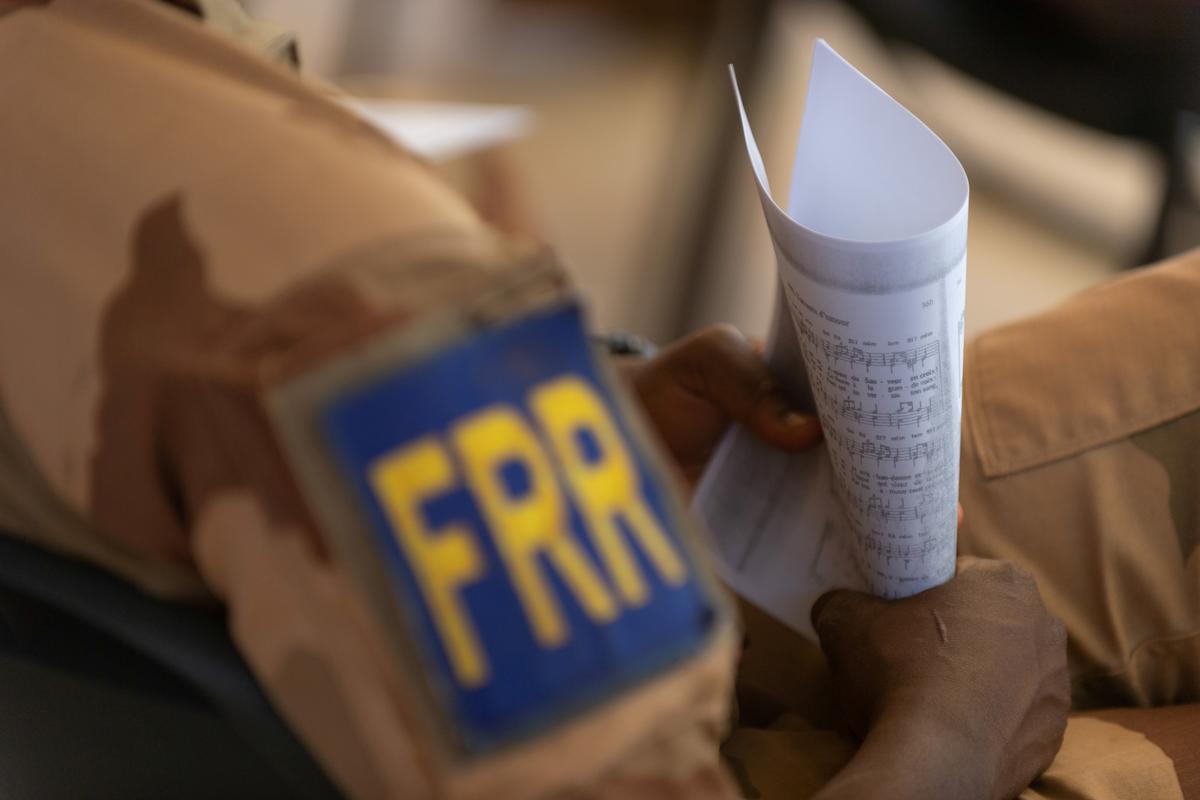 FILE PHOTO: A soldier attends a religious service at Gao French Army base, after thirteen French soldiers were killed when their helicopters collided at low altitude as they swooped in to support ground forces engaged in combat with Islamist militants, in Gao, Mali November 27, 2019. Etat-major des armees/Handout via REUTERS

PARIS (Reuters) – Two French army helicopters that crashed in Mali on Tuesday had not been under fire from Islamic State jihadists, French army chief of staff François Lecointre said on French radio RFI on Friday.

On Thursday, Islamic State in West Africa Province (ISWAP) said the helicopters had collided after one of them retreated under fire from ISWAP fighters, but it did not provide any evidence for its claim, the SITE intelligence group reported.

Lecointre also said France had no intention of withdrawing from Mali but that it needs more support from its allies.