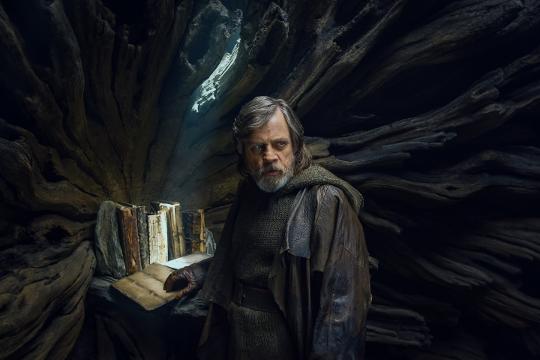 Bob Iger, Disney’s CEO and chairman, granted the wishes of a dying “Star Wars” fan by letting him watch the latest installment of the franchise ahead of the film’s release.

On Tuesday, Rowans Hospice in Hampshire, England tweeted out a plea on behalf of one of their patients.

“Can you help? We have a patient who’s a HUGE #StarWars fan. Sadly, time is not on his side for the 20th Dec. His wish is to see the final Star Wars film #RiseOfSkywalker with his young son,” the hospice’s account wrote. “If you know ANYBODY who might be able to make it happen, please share with them. Thank you.”

In another tweet, the account for the hospice said: “This is our most desperate hour. Help us @HamillHimself, @jjabrams you’re our only hope.”

Hoards of people jumped in to help with the request, even “Star Wars” actor Mark Hamill who wished them “good luck” and told them to contact Disney.

The tweet caught Iger’s attention and he replied noting that he would try and make it happen. Two days later on Thanksgiving, Iger followed through and said the dying patient would get his wish granted.

“On this Thanksgiving, we at @Disney are grateful to be able to share #TheRiseOfSkywalker with a patient and his family @RowansHospice,” the Disney Chairman wrote. “May the force be with you and with us all!”

The hospice thanked Iger on behalf of the patient and his family.

“Mr Iger, I wish we had the words to sum up what it means to the patient, the family & us. Everyone we spoke to at @Disney were as eager to make this happen as we were,” the hospice tweeted. “Thank you. Happy Thanksgiving to you, your family & your colleagues. May the force be with you #WeAreTheSpark.”

“You guys are amazing. The life changing you have made here means so much not only to the family but the team at the Rowans hospice who work tirelessly to make these things happen. Thank you,” tweeted Nathan Trowbridge.

USA TODAY has reached out to Disney, reps for Iger and Rowans Hospice for comment.