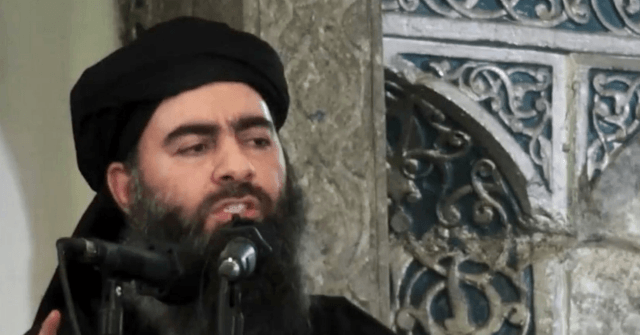 “President Trump, people talked a lot about bin Laden, but what you did to eliminate al-Baghdadi — who was an organizer and not a talker — is a much greater accomplishment,” he said during his visit with the president during his surprise trip to Afghanistan.

Ghani spoke to the troops with President Trump at Bagram, Afghanistan, thanking Americans for their sacrifices in Afghanistan, citing the 2,298 American men and women in uniform that had died and the 20,585 who were wounded.

“More than a million Americans have served here in uniform. We’ve paid tribute to their families and to your families,” he said. “I would like a special request: Please thank your families for agreeing to miss you at this special occasion at home, and for being here, defending United States security and our freedom.”

Ghani referred to the recent victory in the Nangarhar province of Afghanistan where more than 600 ISIS fighters surrendered, thanking Americans for their support.

“Together, we will succeed,” he said. “We will never forget that 9/11 brought us, and we will never permit the repetition of 9/11 again. God bless you. God bless the President.”

Trump also spoke about the American victory over al-Baghdadi.

“Al-Baghdadi was an organizer.  He was the founder of ISIS.  He was the father, if you want to call him that, of ISIS,” he said. “I think he wasn’t so happy, three weeks ago, when he saw those incredible 67 men, in that case, just come pouring down onto where he was staying.”

He added, “The American warriors hunted him down, they executed a masterful raid, and they punched his ticket to hell.  That’s what happened.”