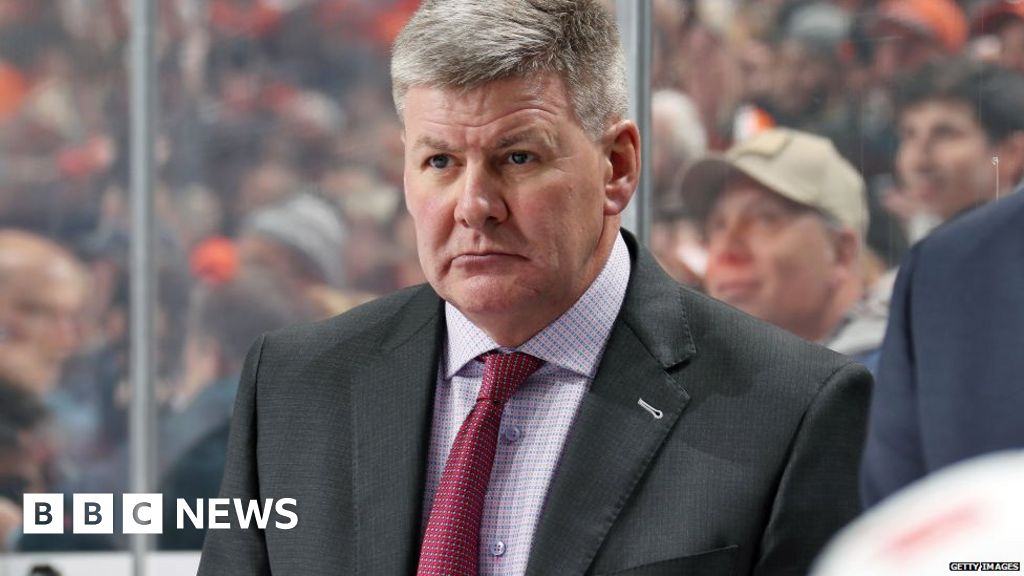 A coach with North America’s National Hockey League has resigned after a former player accused him of racism.

Bill Peters, head coach of Canada’s Calgary Flames, quit over allegations he had used racist language a decade ago while coaching a minor league team.

Ex-player Akim Aliu said Mr Peters, who coached him at Rockford IceHogs in 2008-2010, had used the n-word.

Mr Peters apologised to the Calgary Flames for his “offensive language,” but not to Mr Aliu directly.

He was suspended from his coaching duties earlier this week pending an investigation by the team. He had been hired as the head coach of the Calgary Flames for the 2018-2019 season, and is reported to have had a three-year deal worth $6m (£4.6m).

Calgary Flames GM Brad Treliving said they had not been aware of similar allegations before Mr Aliu came forward, and that the investigation had now concluded and their findings would be turned over to the NHL.

“We want people to feel safe, secure in the environment. I think this is going to be a learning lesson for everyone,” Mr Treliving told media.

The move comes at a time when ice hockey is wrestling with how to shift its culture after several former professional players came forward about experiencing racism and bullying.

On Monday, in a series of tweets, Mr Aliu said Mr Peters had “dropped the N bomb several times towards me in the dressing room in my rookie year because he didn’t like my choice of music”, while he was coaching the minor-league IceHogs.

He said the incident had caused him to “rebel” against his coach, and that Mr Peters had recommended he be demoted to a lesser league.

Mr Aliu, who was born in Nigeria, stayed mostly in the minor leagues but played several games for the Calgary Flames in the NHL in 2011-2013.

“If you play the race card, it’s most likely the end of your career,” Mr Aliu later told TSN. “This isn’t me being bitter. I sat on this a really, really long time. It broke my heart. I think it made my career go downhill before it started.”

Mr Treliving called the accusations “repugnant and unacceptable”, and Mr Peters was suspended from coaching duties pending an investigation.

On Wednesday, Mr Peters wrote a letter of apology to the Flames organisation, but did not address Mr Aliu by name.

“I was rightfully challenged about my use of language, and I immediately returned to the dressing room to apologize to the team,” he wrote. “I have regretted the incident since it happened, and I now also apologize to anyone negatively affected by my words.”

However, Mr Aliu said the apology was “misleading, insincere and concerning”.