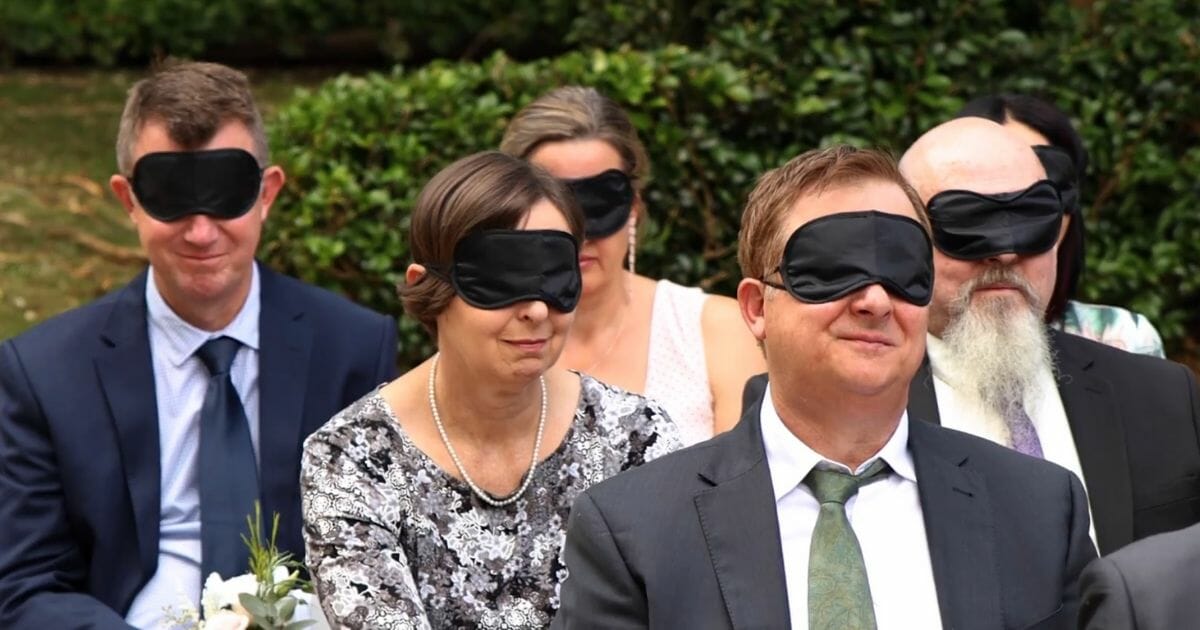 A huge consideration for every bride-to-be is the “look” of her wedding. The colors, the style, the setting, the dress — each piece is carefully selected to create an overall magical effect.

But what if you’re blind? What if it’s not possible for you to see any of the choices you need to make? That was the case for Stephanie Campbell, who lost her eyesight at age 29.

At 19 years old, the Australian discovered she had the same condition as her mother — a degenerative eye disorder called “cone-rod dystrophy.” While her mother is now completely blind, Stephanie can still make out some shadows, according to The Sun.

“By the time I was 29 I had no useful vision left,” Stephanie said, according to Good Morning America.

Thankfully, staff at the venue were very descriptive in their preparations and kept Stephanie, now 32, well-informed. Stephanie had selected the venue because it had a view she remembered well from her earlier years.

But Stephanie also had a plan for her guests that would give them a completely different experience — something they’d never seen at a wedding before: She asked them to wear blindfolds during the ceremony.

“During Steph & Rob’s vows to each other, the guests were invited to wear a blindfold so that that everyone could experience what Steph experiences each and every day,” the caption on the couple’s wedding video, filmed and posted by Lemon Tree Film House, reads. “Steph has something called Cone Rod Dystrophy which is an inherited eye disorder that completely took away her eyesight shortly before she met Rob.”

The beautiful wedding took place on Nov. 25, 2018, in Maleny, Australia. Though attendees caught a glimpse of the radiant bride before and after the ceremony, for a short period of time, they were forced to focus on their other senses as the bride and groom exchanged vows.

“It also meant that everyone was completely present,” Stephanie said.

“It worked, you could have heard a pin drop as everyone was so ‘present’ and Steph got to know that in that moment, everyone was right by her side,” Shaun and T.J. Tolhoek with Lemon Tree Film House said.

“Here was Steph looking so stunning that she took Rob’s breath away and yet she couldn’t see her own beauty nor Rob’s expression of complete adoration herself,” they explained. “It’s humbling. It’s powerful. It’s love.”

“When we lose one of our senses the others become heightened which allow us to experience something as beautiful as these vows in a totally unique way,” a voice says at the beginning of the video. “Today we get to experience that in Steph’s way.”

The video included a detailed, step-by-step description and narration of the events so that anyone with a similar condition will be able to listen along and celebrate with the happy couple.