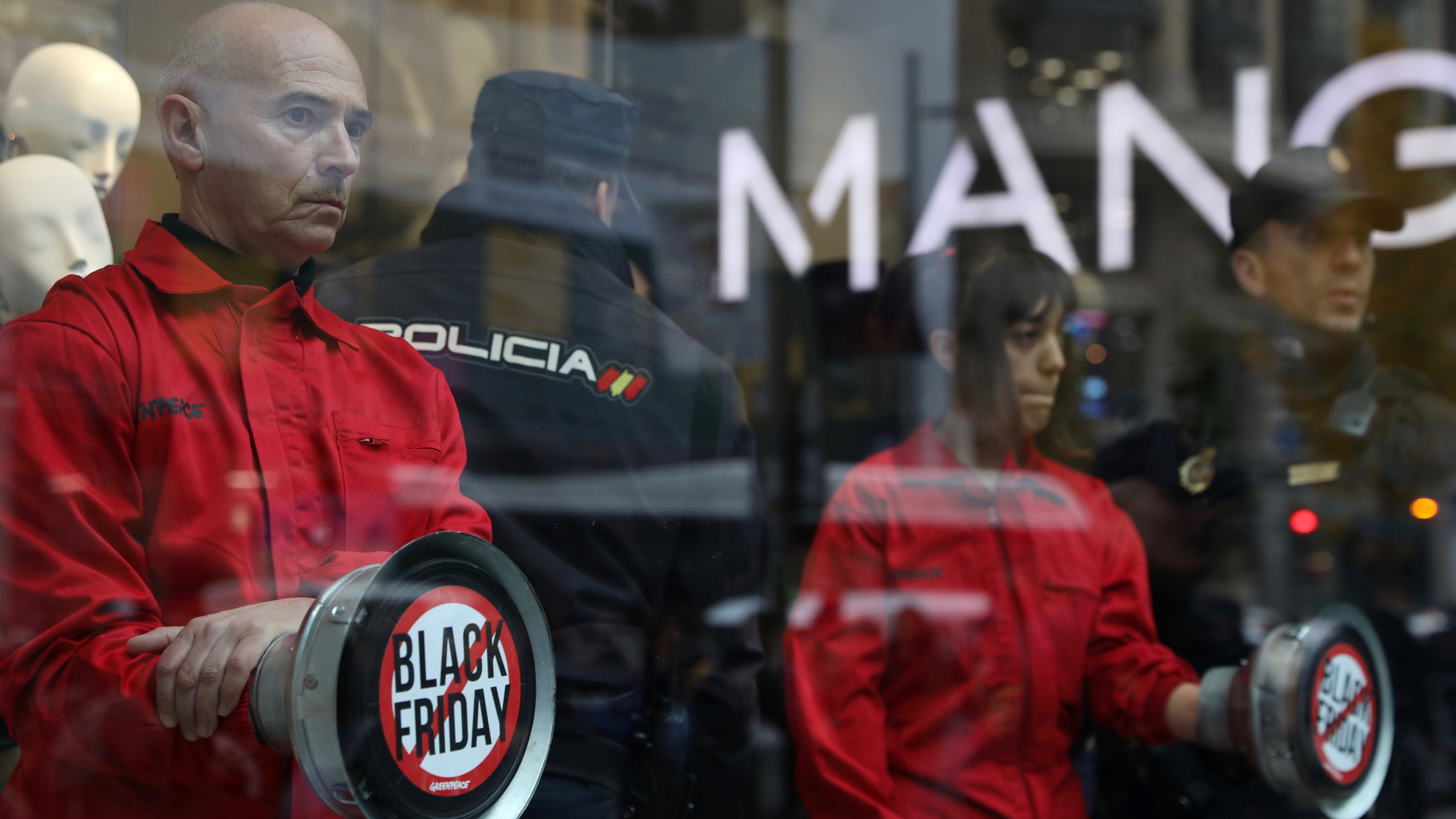 The American phenomenon of Black Friday—a post-Thanksgiving shopping binge so intense it has its own death count tracker—has long since spread to the rest of the world. Some countries aren’t happy about it.

Black Friday began in the 1950s, on a day when American shoppers’ pre-Christmas stockpiling would turn stores’ balance sheet from red, a loss, to black, a profit. It wasn’t until the 1990s that this holy day of consumerism became the frenzied phenomenon it is today, thanks to the participation of major retail chains. In the 2000s, Black Friday spread to countries outside the US, including Britain, where Walmart’s Asda supermarket chain introduced the concept in 2013.

But now, amid rising concerns about the effect that overconsumption has on the climate, some activists are fighting back. In France, the climate group Amis de la Terre (“Friends of the Earth”) blocked an Amazon warehouse in the suburbs of Paris with hay and old kitchen appliances, holding signs that read “Amazon: For the climate, for jobs, stop expansion, stop over-production!” Other activist groups are expected to organize retail-oriented protests across France (link in French) today, and various online petitions are calling for a boycott of Black Friday.

A French legislative committee led by former environment minister Delphine Bathot proposed an amendment this week to ban Black Friday, which the National Assembly will debate next month. She told France TV Info (link in French), “we are in a situation of ecological emergency, and aggressive marketing pushing for compulsive purchases is not compatible with the fight against global warming.” Meanwhile, the current minister for a green transition, Elisabeth Borne, criticized Black Friday on Europe 1 radio (link in French), saying it creates “traffic jams, pollution, and gas emissions” and benefits “big online platforms” like Amazon, not local businesses.

France is not the only country that seems fed up with the holiday. Activists from Youth for Climate and Extinction Rebellion are planning large-scale “Block Friday” protest in cities around the world today, from a funeral procession in Vancouver, Canada to a ‘die-in’ at an outlet village in Swindon, UK. And some retailers have decided to boycott Black Friday sales this year, though they are a small minority.

So, is Black Friday bad for the environment? Experts say yes. Millions of shoppers buy and then discard smartphones and TVs, for example, contributing to the 50 million tons of electronic waste that the world produces each year, which leaks toxic chemicals like lead and mercury into the soil. Meanwhile, items delivered to your door in one business day or less puts more diesel-using trucks on the ground and polluting ships on the water. Producing “fast fashion” items is a hugely carbon-intensive process, but those items eventually end up in a landfill.

There is some debate among environmental experts about the extent to which individual decisions can move the needle on climate change. As Jason Mark, editor of the environmental charity Sierra Club’s magazine, recently wrote, “the personal-responsibility mantra… obscures the culpability of the fossil fuel giants and other industrial actors in fueling the crisis.” But, he writes, individual changes in consumption, travel, and eating habits “are not only righteous but required.”

Consumers seem to be taking notice. In a new survey conducted by KPMG, 61% of UK consumers said they are more conscious of the environmental impact of their Black Friday and Cyber Monday habits. And more consumers said their purchases will be planned, as opposed to driven by impulses or short-term deals.

But will it be too little, too late?