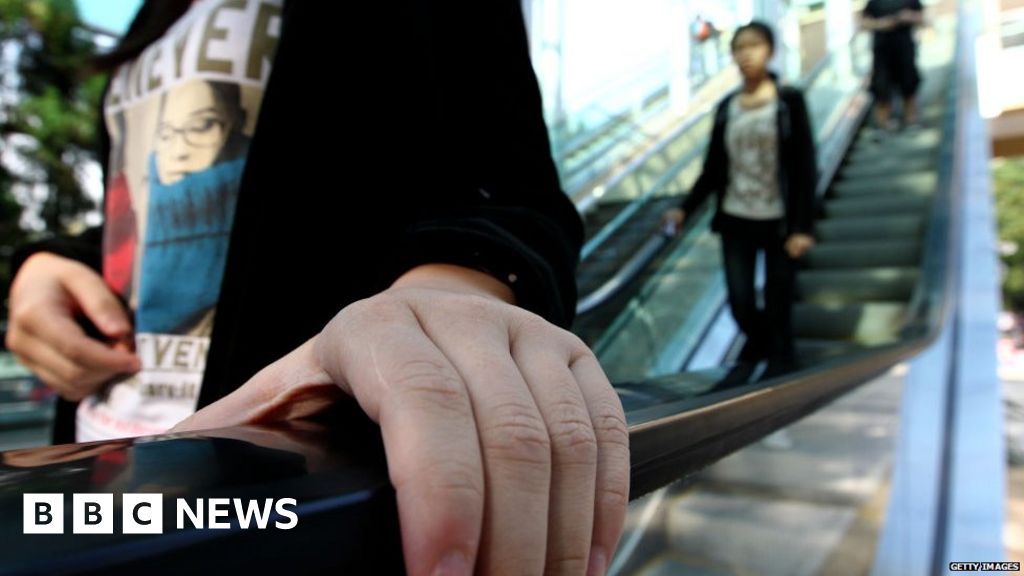 The Supreme Court of Canada has sided with a woman who was handcuffed and fined for refusing to hold an escalator handrail in a public transit station.

She was acquitted of the infractions, and sued the transit authority, the city where the station was located, and the arresting officer for C69,000.

Two lower courts rejected her lawsuit, but on Friday the Supreme Court awarded her C$20,000.

What happened with the handrail?

Ms Kosian had been taking the down escalator into the Montmorency Metro station in the city of Laval, Quebec, which is part of Montreal’s public transit system, when a police officer stopped her and told her to hold the handrail.

Their exchange became heated when she refused, and refused to identify herself.

The officer then searched her bag and handcuffed her, issuing her two tickets – a C$100 one for disobeying an illustrated sign instructing her to hold the handrail, and a C$320 one for obstructing the work of an inspector.

In her subsequent lawsuit, Ms Kosian said she had experienced “significant psychological stress and humiliation” as a result of the arrest.

But two courts rejected the suit, arguing she had been “the author of her own misfortune”.

She fought the case all the way to Canada’s Supreme Court.

What did the Supreme Court say?

The court ruled the officer had conducted an unlawful search based on a “non‑existent offence, namely disobeying the pictogram indicating that the handrail should be held”.

It settled on C$20,000 damages to be split between the city, the transit authority and the officer. The amount had been proposed by a lower court judge, in a dissenting opinion, in one of the earlier court cases.

“In a free and democratic society, no one should accept – or expect to be subjected to – unjustified state intrusions. Interference with freedom of movement, just like invasion of privacy, must not be trivialized,” the court wrote in its decision.