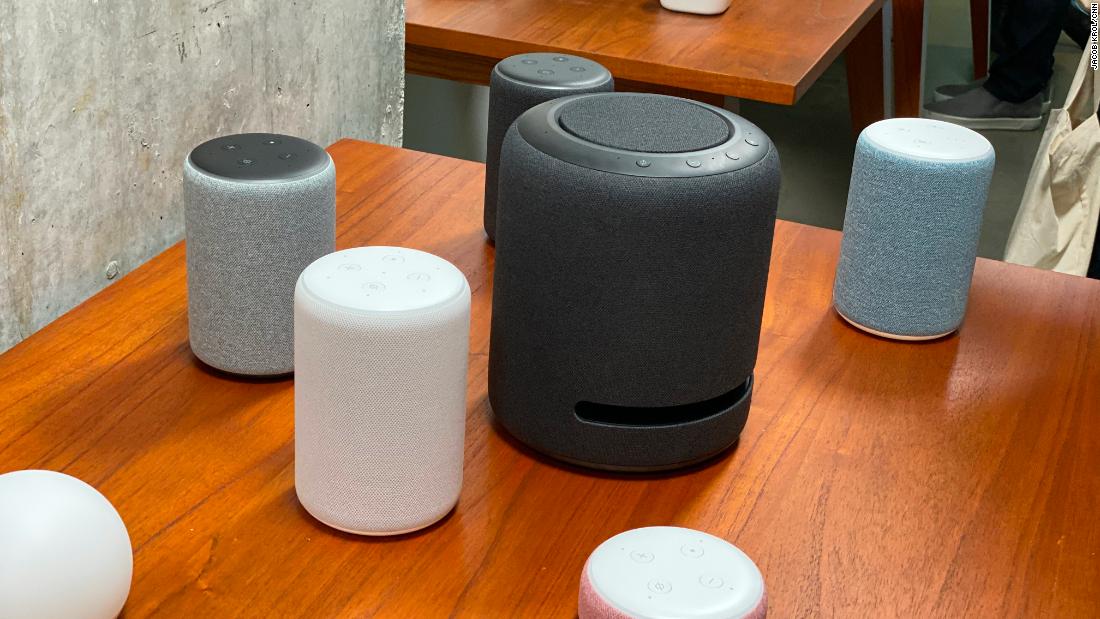 It’s a big year for Echo smart speakers and smart displays. Several additions to the Echo line were announced at Amazon’s September event and our full reviews on all of them have arrived.

And we’re just a day away from Black Friday, so it’s time to save on the latest and greatest Echo speakers and displays. Of course, you can also find savings on previous models that didn’t see updates this year.

The 3rd Generation Echo Dot is just $22 (from $49.99) and the Echo Dot with Clock is just $34.99 (from $59.99). Both of these feature a powerful speaker that can fill a small room and they’re both a great way to get started with the Alexa ecosystem. Both have a compact circular design with a mesh outer shell.

If you want a smart speaker that packs a bigger punch, the 3rd Generation Echo is worth a look at just $59.99. It features Dolby Atmos and upgraded speaker hardware. But if you want sound that can shake your room, the Echo Studio is the ultimate choice. It’s the best sounding Echo at $199.99. Even at full price, it’s a big value.

Note: The prices above reflect the retailer’s listed price at the time of publication.