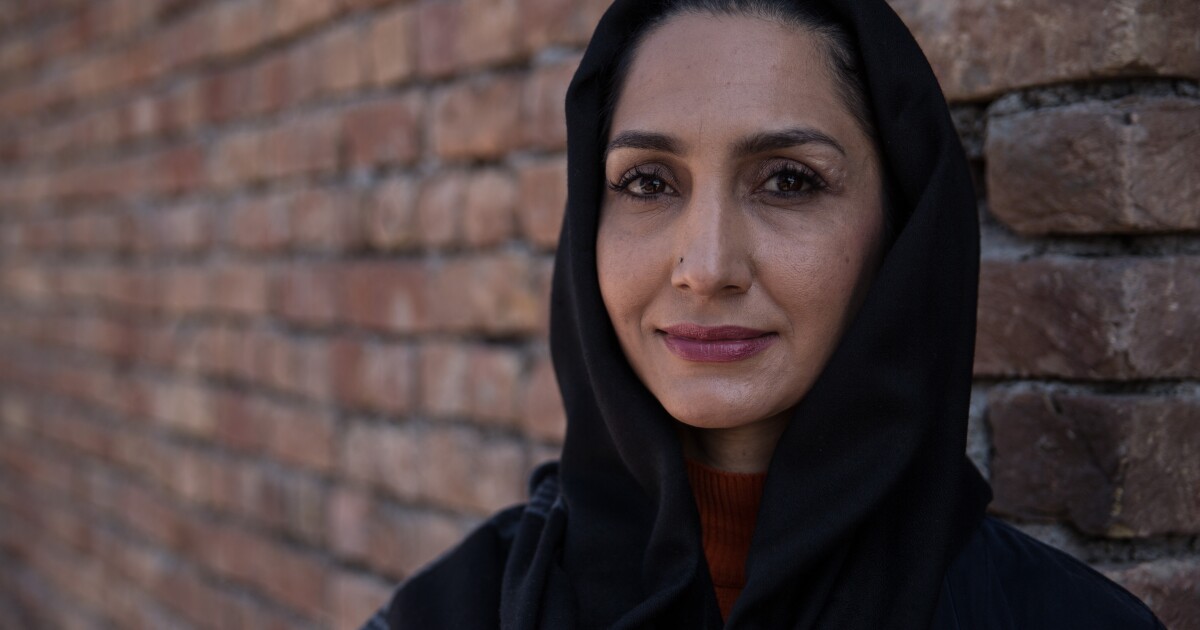 After decades of conflict across Afghanistan, recycling is not at the top of most people’s agendas.

But now, one Kabul woman is declaring war on the Afghan capital’s trash.

Zuhal Atmar, 35, has set up a recycling plant where she processes 33 tons of garbage a week. She’s the first woman in Afghanistan to have launched such a business, often at a high personal cost.

Her drive, she says, stems from her wish to live “greener,” and from the realization that Kabul has been — at least in Afghanistan — contributing to a changing climate.

“The city has one of the worst air pollution rates, and we toss away absurd quantities of one-time-use plastic,” Atmar said. “I had to change something.”

Running a business as a woman isn’t easy here. In Afghanistan, reputation is a lifeline when it comes to entrepreneurship, and Atmar is fighting for hers.

“People constantly threaten to destroy my business or my reputation,” she said. “I know a handful of men who run similar ventures and they are jealous. They don’t accept a woman doing the same.”

The mother of a 3-year-old, she lives in a modern high-rise overlooking the mountains that surround the capital. Her life is uncommon for a woman in Afghanistan; so is recycling.

Kabul’s 6 million people generate up to 308 tons of trash each day, according to the city. Most ends up in the city’s only landfill, neither separated nor reused, guarded by 60 armed men protecting the machinery used to manage it, even as toxic waste slowly seeps into the ground. The trash heaps grow each day.

Atmar, who grew up as a refugee in Pakistan and returned to Afghanistan after the fall of the Taliban and having completed college, has been in the trash business for seven years. She first set up a waste-management plant, separating the useful from the throwaways, but later decided to fully focus on recycling. She purchased $240,000 worth of Chinese machinery, a sum partly saved up from previous jobs, but mostly donated by the U.S. government through the USAID program.

Located between mud brick houses on the far eastern outskirts of the city, her factory — likewise surrounded by brick walls and a heavy gate — goes almost unnoticed from the outside. Inside, mountains of trash are piled up, with 70 employees wading into the piles to sort out what’s useful.

Atmar focuses on paper waste, which she buys from scavengers. Trash collection is barely regulated in Kabul, and while there are 1,500 drop-off points, thousands of scavengers roam the streets daily, collecting items of value that are being tossed away.

Her staffers hand-sort through the piles of paper and cardboard, singling out any remains of plastic or perishables. The machines do the rest.

The paper is shredded, cleaned and bleached before it is dried and pressed into toilet paper that’s sold across the country.

Atmar said her work deeply affects her personal life. Her business started off smoothly, but she quickly received threats to her life, and a handful of men who run similar businesses have teamed up to bring her down, she said. Afghanistan has deeply rooted conservative beliefs, with women often seen as second-class citizens. She says there are five other factories like hers, all run by men.

“There’s a lot of judgment and many people are bothered by me running my own business,” she explained. “It’s jealousy and wrong competition, and I think men here feel threatened. I might face more challenges as a woman, but it just means I have to fight harder. I’m not going to stay behind.”

While the factory’s neighborhood has seen frequent terrorist attacks, Atmar walks confidently through her recycling plant, her hair covered loosely by a scarf, her arms in motion while shouting instructions to employees over the sound of machines. She’s confident, not scared, even though she knows she could easily become a target. Outside, not a single woman walks on the street.

“Everyone needs to start feeling ownership for this city for things to improve,” Ghyasi said.

Atmar, who gets up before sunrise each morning to manage both her household and work, says she wants to set up additional recycling plants and advocacy campaigns to teach people how to produce less trash, and introduce paper bags to replace plastic ones.

“Kabul is environmentally unhealthy. Pollution is skyrocketing, especially in winter when coal is burned everywhere, and septic sewage contaminates our water. When it comes to the environment, we can’t wait for peace to come first. We need to act now,” she said, while admitting that daily attacks and fighting across the country spread uncertainty and fear.

“I don’t see this changing anytime soon,” she said. “Some days there will be an attack, but soon after, we return to normal until the next attack. It’s a cycle. We have no choice but to still invest in our country and its environment.”

Glinski is a special correspondent.