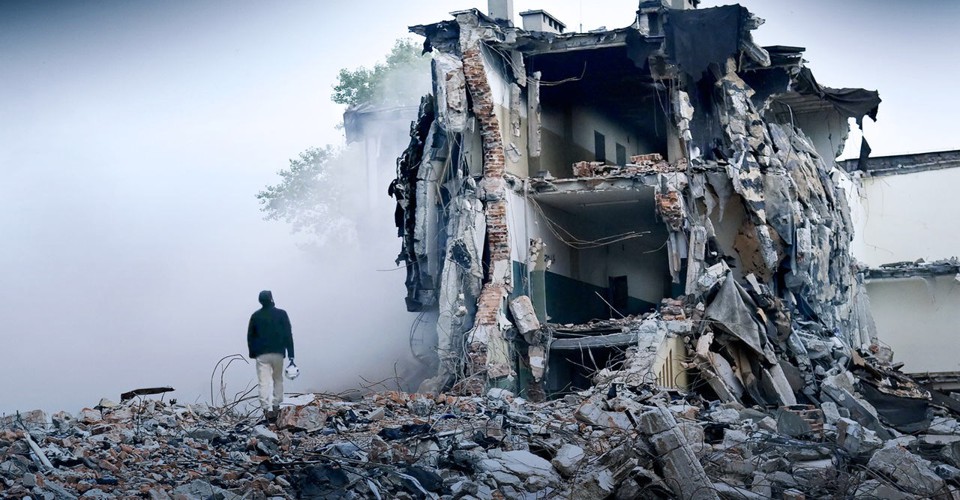 Of the 10 films nominated for the 2017 Academy Awards in the documentary categories, four deal with the Syrian conflict or refugee crisis. Along with 4.1 Miles, the Netflix original The White Helmets and Watani: My Homeland are up for the short-form documentary Oscar, while the Italian film Fire at Sea was nominated for best feature documentary. The strength of these projects lies in the emotional, and often stark, portraits they paint of their characters. If audiences can imagine themselves in the shoes of Syrian rescue workers, a Greek coast-guard captain, an overwhelmed physician, or a migrant mother, these films may do more than enlighten or inform. Their creators all told me they hoped that, like other documentaries that have mobilized viewers and influenced lawmakers, their films can make far-away problems feel more immediately urgent.

The films’ nominations were announced just four days after President Donald Trump’s inauguration and three days before he issued an executive order suspending refugee admissions from Syria indefinitely and from all other countries for 120 days. The order also temporarily halted arrivals from seven majority-Muslim nations and cut the total number of refugees that would be admitted to the U.S. in 2017 by more than half to 50,000. While the travel ban has since been suspended by federal courts, Trump’s executive order set off protests at airports across the country and pushed the people and issues portrayed in these documentaries back into the national spotlight.

“When I made the film [in 2015], I thought it was very timely because it was when the refugee crisis was in the news,” Matziaraki told me. “I would never ever imagine that unfortunately the film would be so much more timely now in the U.S.” While it’s unusual to have so many Oscar nominees address the same topic, The White Helmets producer Joanna Natasegara told me it makes sense in this case: “Storytelling has always engaged with the most pressing issues of any given time, and documentary perhaps even more than narrative [film].” Those issues today, she said, are the refugee crisis and the war in Syria.

As a medium, documentaries offer an intimacy and focus often missing in daily news. Since the Syrian conflict began in 2011, the escalating violence and resulting flood of migrants have been covered by the international press, but in the face of constant coverage, it’s difficult for many readers to sustain the same level of attention day to day. It often takes a particularly horrifying image—a dead toddler washed up on a beach, a blank-faced 5-year-old covered in blood and dust—to re-galvanize interest.

Matziaraki, who grew up in Greece but is now based in the San Francisco Bay Area, said even she felt disconnected from the disaster playing out in her homeland. When she arrived on Lesbos, she found the situation was worse than she’d imagined. “I really wanted to make a film that would [bridge] this gap between our comfort zone and the reality of the world,” she said.