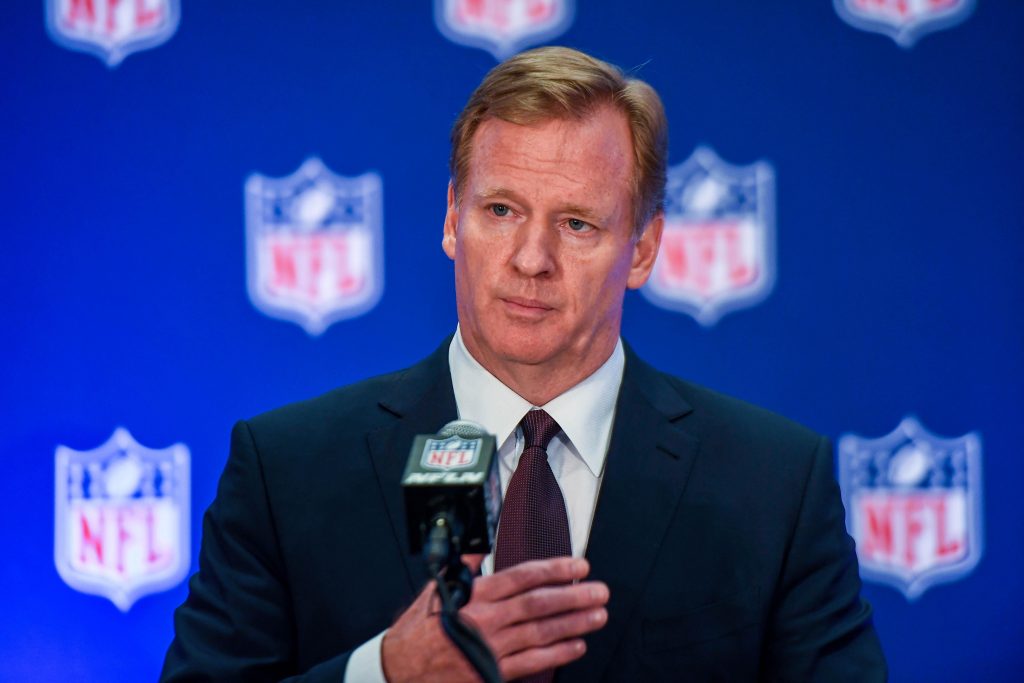 NFL players will be encouraged to stand for the national anthem at the start of the football games, the league’s chief told reporters today.

After two days of meeting with owners of each NFL team, representatives for the players’ union and players themselves, the NFL has reiterated its decision to keep its existing policy of not requiring players to stand during the anthem. Goodell said yesterday that the league would not instate a rule that would penalize players who refuse to stand for the anthem.

Goodell’s remarks came after President Donald Trump continued his criticism of the NFL this morning. On Twitter, Trump said: “The NFL has decided that it will not force players to stand for the playing of our National Anthem. Total disrespect for our great country!”

After former San Francisco 49ers quarterback Colin Kaepernick kneeled during the anthem last year to protest police killings of unarmed black men, dozens of other players joined him to draw greater attention to social and racial injustice. Last month, Trump said the NFL ought to fire players who didn’t stand for the anthem.

The players “are not doing this in any way to be disrespectful to the flag,” Goodell said today. “But they also understand how it’s being interpreted.”

Goodell also said the league wanted to stay out of the political arena over the issue.

“We’re not looking to get into politics,” he told reporters. “What we’re looking to do is to continue to get people focused on football.”