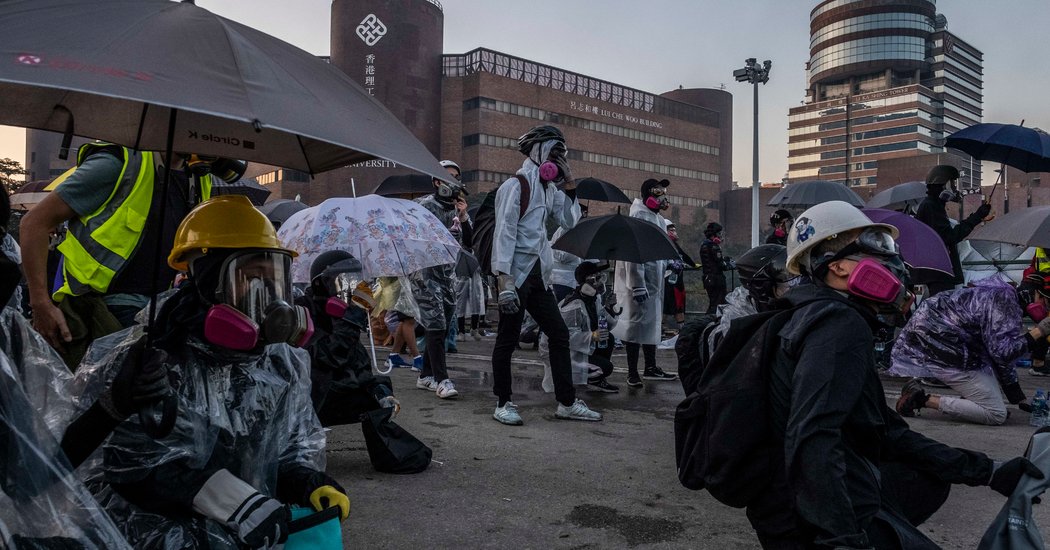 Last Friday, in an interview on “Fox & Friends,” Mr. Trump said, “We have to stand with Hong Kong, but I’m also standing with President Xi.” Last June, Mr. Trump promised Mr. Xi in a telephone conversation that he would not speak out in support of the Hong Kong protests as long as trade talks were progressing. Mr. Trump did mention Hong Kong during a speech in September at the United Nations General Assembly, but did so while praising Mr. Xi, and he has not consistently made strong statements on Hong Kong.

Even as he announced he was signing the bills, Mr. Trump appeared to hedge his full-throated support for the broader legislation, saying that “certain provisions of the act would interfere with the exercise of the president’s constitutional authority to state the foreign policy of the United States.”

“My administration will treat each of the provisions of the act consistently with the president’s constitutional authorities with respect to foreign relations,” Mr. Trump said. He did not specify which parts of the bill posed such interference with executive powers.

In reply, the Democratic leader in the Senate, Chuck Schumer of New York, said on Twitter, “Decency, humanity, and the rule of law compel you to enforce it. Stop playing games.”

One of the main provisions compels the administration to impose economic and travel sanctions on Chinese and Hong Kong officials found to be violating human rights in the territory. Mr. Trump or relevant agencies could try to slow walk such sanctions — and might even use the threat of imposing them to as a cudgel against China in trade negotiations.

Mr. Trump has refused to impose sanctions on Chinese officials for the mass detention of Muslims, despite recommendations to do so by some American officials.

For months, Hong Kong protesters had called for the United States to pass the bill. The protesters in October even held a rally supporting the bill that was attended by more than 100,000 people; many waved American flags or wrapped them around their bodies.

Jessica Chen Weiss, a professor of government at Cornell University, said in the long run, it was not likely to seriously affect relations with Beijing. “I expect we will probably see more heated rhetoric and symbolic outrage from the Chinese government,” she said. But she added that “Trump’s signing statement suggests that he won’t let his hands be tied by Congress in dealing with China, and that he’ll continue to exercise executive discretion in whether to implement its provisions.”