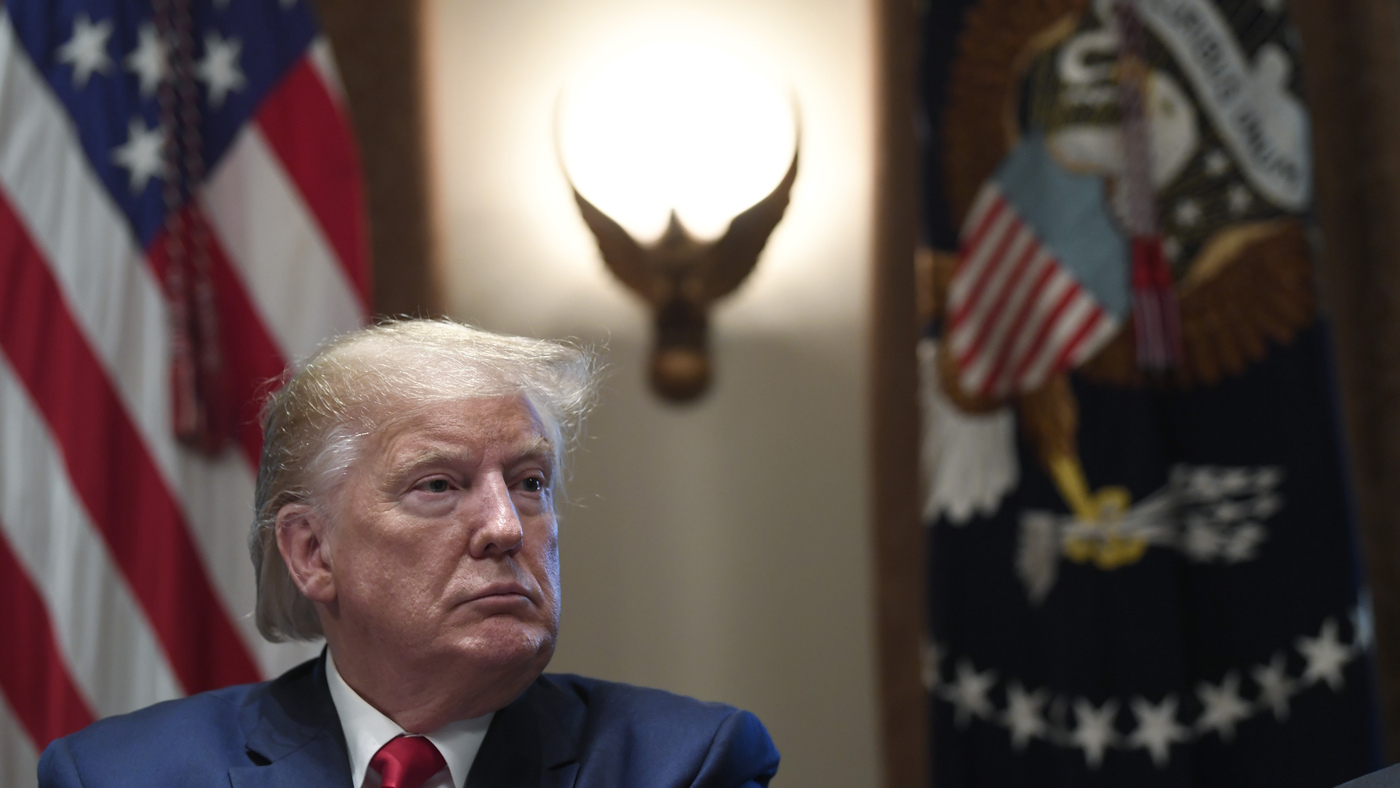 President Trump said in an interview this week that he intends to designate Mexican drug cartels as foreign terrorist organizations despite resistance from Mexican officials. 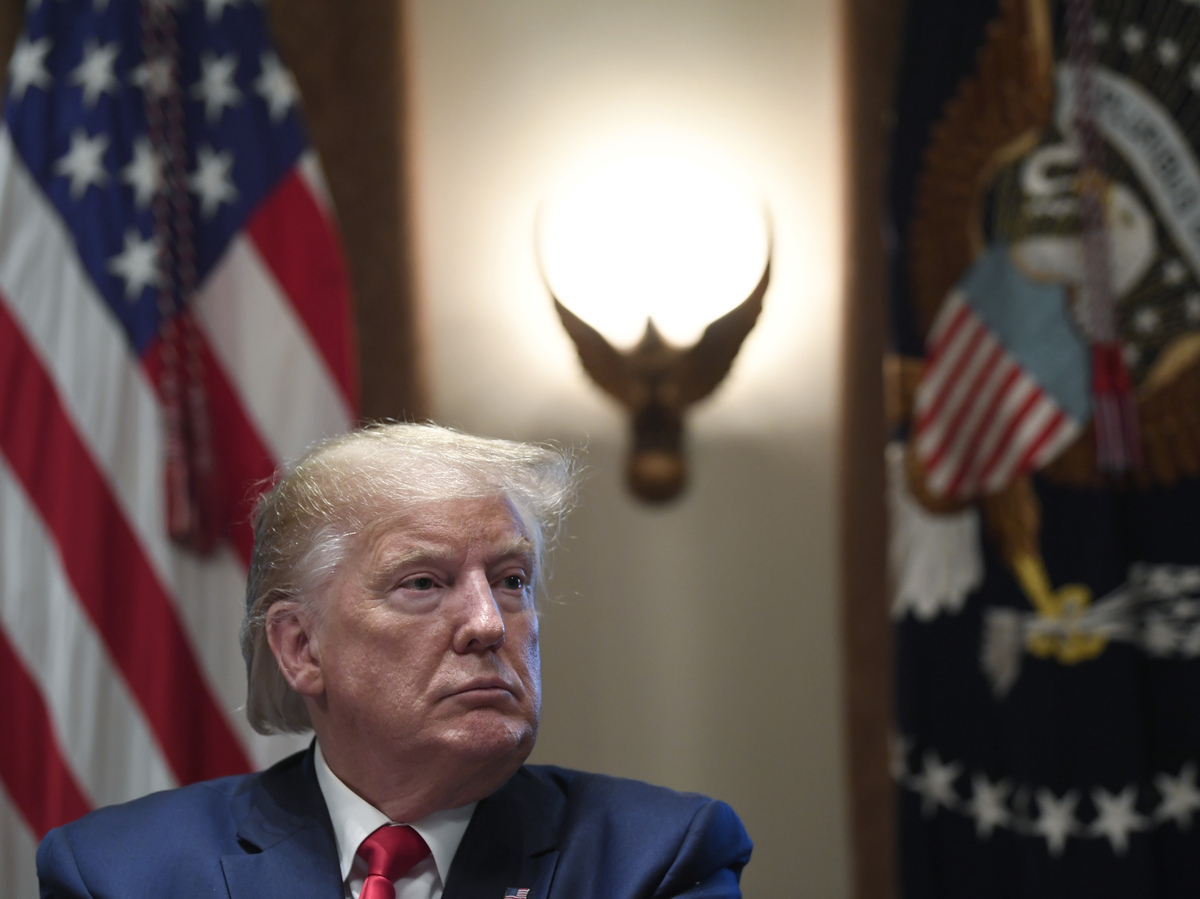 President Trump said in an interview this week that he intends to designate Mexican drug cartels as foreign terrorist organizations despite resistance from Mexican officials.

President Trump says he plans to designate Mexican drug cartels as foreign terrorist organizations, a move that is stoking fears in Mexico that American authorities would use the label to justify a military response across the border against the cartels.

“I will be designating the cartels,” Trump said in an interview with former Fox News Channel host Bill O’Reilly, who raised the issue of the U.S. sending drones into Mexico. Trump did not comment on the idea, but he said the terrorist designation is underway.

“I have been working on that for the last 90 days. You know, designation is not that easy, you have to go through a process, and we are well into that process,” Trump said.

Former diplomat and Mexico expert Jana Nelson told NPR that as Trump’s comments have spread, worries have deepened in Mexico that the designation could lead to military action.

“It has generated some concern in Mexico that the U.S. will actually send the military into Mexico, and if not boots on the ground itself, then perhaps drones to combat drug cartels,” said Nelson, a Wilson Center political analyst who is based in Mexico City.

Roberta Jacobson, who served as U.S. ambassador to Mexico in the Trump administration before retiring last May, agreed that the possibility should be taken seriously.

“There’s a real concern that something like this is a prelude to stronger action, which is military action, which Trump has mentioned at least twice to Mexican presidents,” Jacobson told NPR.

Mexican officials are resisting the Trump administration’s moving ahead with the designation, saying the U.S. should not intervene in the country’s violent drug war.

Mexican Foreign Minister Marcelo Ebrard elaborated on the country’s position on Twitter. “Mexico will never admit any action that would be a violation of its national sovereignty,” Ebrard said. “We will act firmly. I have transmitted our position to the U.S., as well as our resolve to face international organized crime. Mutual respect is the basis for cooperation.”

When a group is added to the list, its members cannot enter the United States. Bank and financial institutions that do business with the group can face penalties. And Americans who provide “material support or resources” to it can face criminal prosecution.

Nelson said as Mexico waits for another trade deal with the U.S. to be hammered out, the country is in a vulnerable position.

“Their hands are tied. They can’t antagonize Trump very much, and the power is now in Trump’s hands,” she said. “So the bilateral relationship, which has been suffering for the past three years, will probably continue as such.”

Nonetheless, Trump said in his interview with O’Reilly that given the number of Americans killed as a result of drugs or drug-related activity, something is “going to have to be done.”

Americans were reminded of the bloodshed linked to the country’s drug trade earlier this month when three women and six children who were dual Mexican and American citizens were killed in northwest Mexico.

After the attack, members of the family uploaded a petition on the White House website demanding that Trump designate Mexican drug cartels terrorists. “They are terrorists, and it’s time to acknowledge it,” the petition reads.

If the designation is made, Nelson said, there may even be a chilling economic effect on Mexican investment.

The push from the family of the deadly ambush’s victims comes just as López Obrador faces growing criticism for what his detractors see as a lackluster plan to deal with the escalating drug violence. Mexico’s homicide rate is on pace to exceed last year’s, when more than 30,000 were killed.

The Mexican president does not advocate confronting drug traffickers with military force. Instead, he has committed to tackling the root causes of violence, like addressing poverty and corruption. López Obrador has called this policy “abrazos, no balazos,” or hugs, not bullets.

That agenda has been viewed by some as being soft on the cartels. It has also fueled U.S. commentators in conservative media to push Trump in recent weeks to take more aggressive action against the violent cartels.

One U.S. official, however, told NPR that any suggestion of American military intervention or airstrikes in Mexico is “ridiculous,” since the Mexican government is opposed to it.

But according to former diplomat Nelson, many Mexicans see the U.S. as having an outsize role in perpetuating Mexico’s cartels, since drug demand and military-grade weapons the cartels use can be traced to America.

“Mexico sees the root cause of violence as weapons being bought in the United States and smuggled into Mexico,” Nelson said. “And if consumption in the U.S. was squashed, then so would [be] violence on the southern side of the border.”

Mexico’s Ministry of Foreign Affairs issued a statement on Tuesday saying Mexico had reached out to U.S. officials to discuss the designation, as well as to “understand the meaning and scope” of Trump’s remarks.