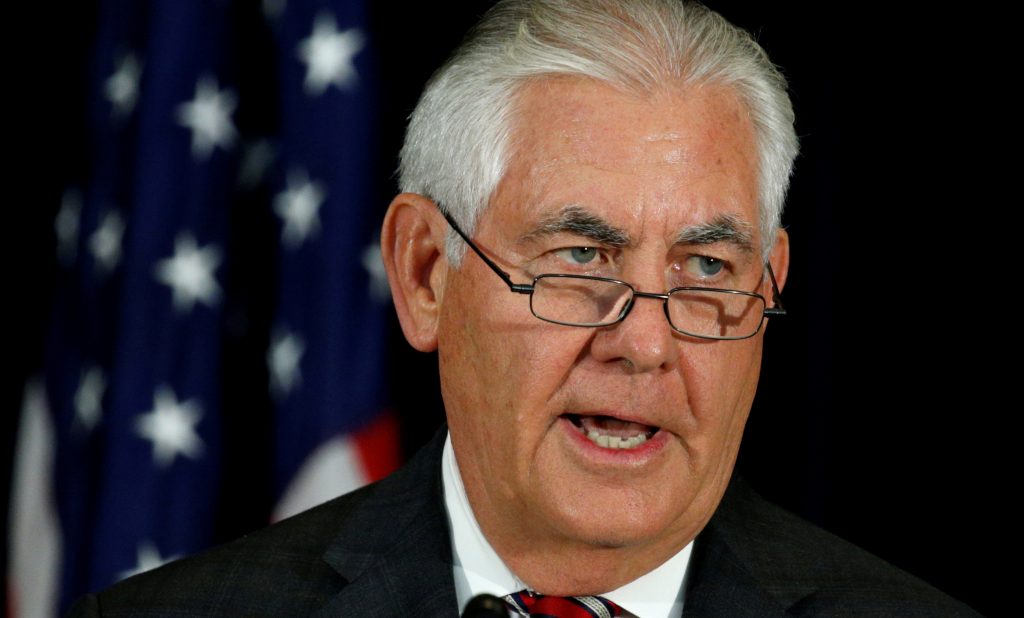 WASHINGTON — Secretary of State Rex Tillerson is condemning reported atrocities committed against Rohingya Muslims in Myanmar, and he says those responsible — perhaps the country’s military — will be held accountable.

Tillerson says accounts of the suffering of the Rohingya are “heartbreaking” — and that if those reports are true, then “someone is going to be held to account for that.”

Tillerson — who’s set to visit South Asia next week — is urging the Myanmar government to improve humanitarian access to the population in western Rakhine state.

Amnesty International has accused Myanmar’s security forces of killing hundreds of men, women and children during a systematic campaign to expel the Rohingya. More than 580,000 refugees have fled to neighboring Bangladesh since late August.

“We really hold the military leadership accountable for what’s happening,” Tillerson said at the Center for Strategic and International Studies, a Washington think tank. “What’s most important to us is that the world can’t just stand idly by and be witness to the atrocities that are being reported in that area.”

He also called Wednesday for the U.S. and India to expand strategic ties. He pointedly criticized China, which he accused of challenging international norms needed for global stability.

He said the world needed the U.S. and India to have a strong partnership. The two nations share goals of security, free navigation, free trade and fighting terrorism in the Indo-Pacific, and serve as “the eastern and western beacons” for an international rules-based order which is increasingly under strain, he said.

Both India and China had benefited from that order, but Tillerson said India had done so while respecting rules and norms, while China had “at times” undermined them. To make his point, he alluded to China’s island building and expansive territorial claims in seas where Beijing has long-running disputes with Southeast Asian neighbors.

“China’s provocative actions in the South China Sea directly challenge the international law and norms that the United States and India both stand for,” Tillerson said.

He added that the U.S. seeks constructive relations with China but “won’t shrink” from the challenges it poses when it “subverts the sovereignty of neighboring countries, and disadvantages the U.S. and our friends.”

U.S.-India relations have generally prospered in the past decade, in part because of their shared concerns about the rise of China. While President Donald Trump has looked to deepen cooperation with China on addressing the nuclear threat from North Korea, he’s also sought a closer relationship with India, which shares U.S. worries on Islamic extremism.

“In this period of uncertainty and angst, India needs a reliable partner on the world stage. I want to make clear: with our shared values and vision for global stability, peace and prosperity, the United States is that partner,” Tillerson said.

Tillerson said the U.S. and India were leading regional efforts on counterterrorism. He called for India’s archrival Pakistan “to take decisive action against terrorist groups based within their own borders that threaten its own people and the broader region.”