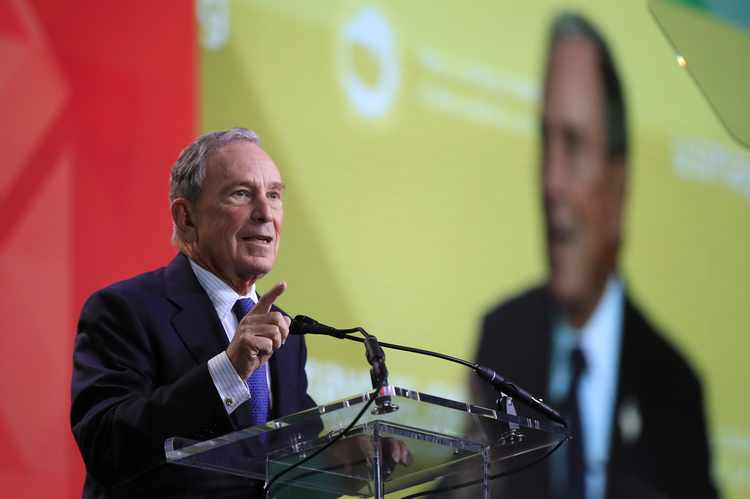 Michael Bloomberg officially joined the Democratic race for president this week, raising the number of declared candidates to 16. His candidacy has largely been met with hoots of derision from the press, and a general discounting of his chances. This, I think, is misguided. To be clear, I wouldn’t give Bloomberg terribly good odds of becoming president – maybe a 3% chance (although in a 16-person field, that isn’t so bad). But were I advising the former New York mayor on how to win the nomination, it would probably be to run exactly the way he plans to.

Let’s start by looking at some of the objections to his candidacy. First, no one has successfully skipped the early primaries and won the nomination, although a couple of candidates have tried.  Second, Bloomberg is unlikely to qualify for any debates. Third, Democrats are unlikely to embrace an elderly white billionaire who was a Republican for much of his political career, and had a famously problematic relationship with the African American community during his tenure as mayor.

But combined, these actually illustrate the sense underpinning how he’s running his campaign. Ask yourself: What happens if Bloomberg sets foot on the debate stage? The answer is clear: He gets attacked by Elizabeth Warren and Bernie Sanders for being a billionaire, he gets attacked by Kamala Harris and Joe Biden for having been a Republican, and he gets attacked by everyone for his stop-and-frisk policing policy.

Yes, most candidates participate in the debates, but that is because they need the exposure.  Bloomberg won’t. Let’s say that the debates are worth $20 million in free media. To Bloomberg, that is pocket change. He is better off having the airwaves to himself in California to define his candidacy rather than allowing Tulsi Gabbard to take potshots at him on the debate stage.

What about the wisdom of skipping Iowa, New Hampshire, Nevada and South Carolina? It is true that Rudy Giuliani and Jerry Brown tried similar strategies and failed, but the failure of a few candidates to exercise a strategy doesn’t mean that it can’t work. In particular, none of these candidates were independently wealthy; shutting off the money spigot was a constant concern. It is not one for Bloomberg.

Additionally, one must consider the state of the race in those early states. It is currently a fight for survival among 15 candidates, five or six of whom have serious shots at becoming the Democratic nominee. These candidates probably need to win, place or show in Iowa or New Hampshire, and win or place in Nevada or South Carolina, in order to remain viable.

If Bloomberg were to enter those early contests, he would become an immediate threat, and his opponents would take shots at him for his above-mentioned issues. But if he avoids this scrum?  Biden has finite resources and has to decide whether to spend $5 million attacking Bloomberg, who is waiting in the wings, or to spend that $5 million attacking Warren. That seems like an easy choice. Again, while Bloomberg is largely being ignored by his competitors, he can define himself in later states.

Finally, whoever emerges from the first four contests is likely to be bloodied, and perhaps cash-strapped.  It is even possible that it will be Sanders and Warren who stagger out of South Carolina.  At that point, if Biden has tanked in Iowa and New Hampshire, Bloomberg is the only viable option for Democratic moderates and establishment liberals.

Will this work? Probably not. But Bloomberg can easily drop $500 million on this race and still live out the rest of his years quite comfortably. And there’s a chance that the stars will align and he becomes the next president of the United States. It isn’t a bad bet to make. Regardless, his best shot of making that happen is exactly the shot he is taking: Float above the fray by avoiding the debates and early states, define himself through ad buys elsewhere, and hope for a few lucky breaks in who his Super Tuesday opponents turn out to be.