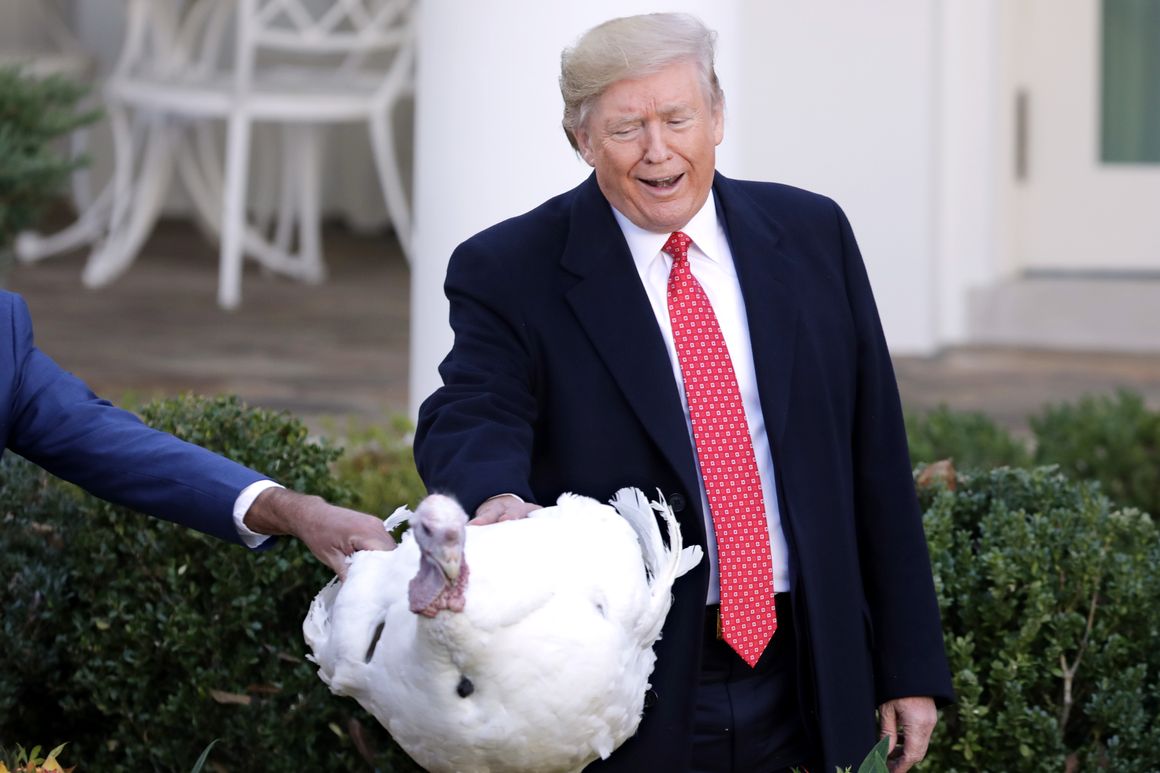 This is to say nothing of Erdogan’s yearslong domestic crackdown on journalists, civil society groups, Kurdish politicians, academics, critics of his invasion of Syria and anyone else he deems to be an opponent. In theory, at least, the deepening of authoritarianism in Turkey is a development that U.S. officials should oppose.

Yet, in his joint news conference with Erdogan, Trump went out of his way to praise Turkey as a “great NATO ally” and “strategic partner.” That might sound like boilerplate for a meeting with a foreign counterpart, but at this particular moment it runs counter to reality. Even though Turkey has worked with affiliates of al-Qaida throughout much of the Syria conflict and has deployed extremist groups to fight in its recent push into Syria, Trump also declared, “We’re grateful to President Erdogan and to the citizens of Turkey for their cooperation in the constant struggle against terrorism. He fights it like we do.” Trump then repeated Turkish talking points about the Syria invasion, while also promising to complete a $100 billion U.S.-Turkish trade agreement.

In other words: a full exoneration.

The rosy picture Trump painted of Turkey as a democratic ally is based on fables handed down since the country became a NATO member in 1952. It is not terribly different from how Americans view the turkey as a friendly symbol of American values, when in fact the birds are often nasty and aggressive around people. The real Turkey shares neither America’s interests nor its values, and, quite unlike a member of the Transatlantic alliance is supposed to act, Turkey has aggressively pursued its foreign policy goals at Washington’s expense.

Turkey has already made clear it is disregarding Trump’s mid-November magnanimity. At his news conference with Erdogan, Trump signaled that he wanted to find a workaround to avoid congressionally mandated sanctions for Turkey’s S-400 purchase. But a few days after the White House visit, the Turkish press said Erdogan had made clear to Trump that he would not give up the air defense system, a point that Erdogan’s defense minister reiterated. Turkish officials also declared that if, as a penalty, Ankara is kept out of the F-35 Joint Strike Fighter program—Turkey is part of a consortium supplying parts for America’s high-tech, next-generation fighter plane and plans to purchase 100 of them—the Turks will “look elsewhere” to fulfill their defense needs.

“Elsewhere,” apparently, was a veiled reference to Russia: In late August, Vladimir Putin gave Erdogan an opportunity to look over Russia’s SU-57 fighter jet before the two enjoyed ice cream cones together.

The press has paid significant attention to Trump’s now infamous October 9 letter in which he advised his Turkish counterpart to end the Syria incursion and avoid U.S. sanctions, saying, “Don’t be a tough guy. Don’t be a fool!” What many people missed was Trump’s offer to mediate a deal between Turkey and its adversary, the Syrian Kurdish People’s Protection Units (YPG). Along with his own letter, Trump passed along one from the YPG’s commander, General Mazloum Kobani, offering to negotiate—an offer Erdogan rebuffed by returning the letter to Trump. At their joint White House news conference, Erdogan said, “I presented the letter to Mr. President and especially felt sorrow that a U.S. president took a terrorist called Ferhat Abdi Sahin [Mazloum’s actual name] as an addressee.” For this—and for Turkey’s aggression in Syria—Trump gave Erdogan a pass.

Of course, the administration can point to the cease-fire that Vice President Mike Pence hammered out in Ankara on October 17 as evidence that the White House does not approve of Turkey’s actions in Syria. But Pence’s agreement merely reinforced a Turkish fait accompli. Ankara now knows for certain that there are no consequences for its actions. To prove the point, just a few days before Thanksgiving, the Turks—with Russian help—tested the S-400 system using American manufactured F-16 fighter jets.

There are people in the foreign policy community—in and outside government—who bend over backward for Turkey, arguing it is an important U.S. ally in the region. Trump seemed at first to resist this impulse but now has given Erdogan reprieve. Neither turkeys (mean as they are), nor Turkey deserves it.