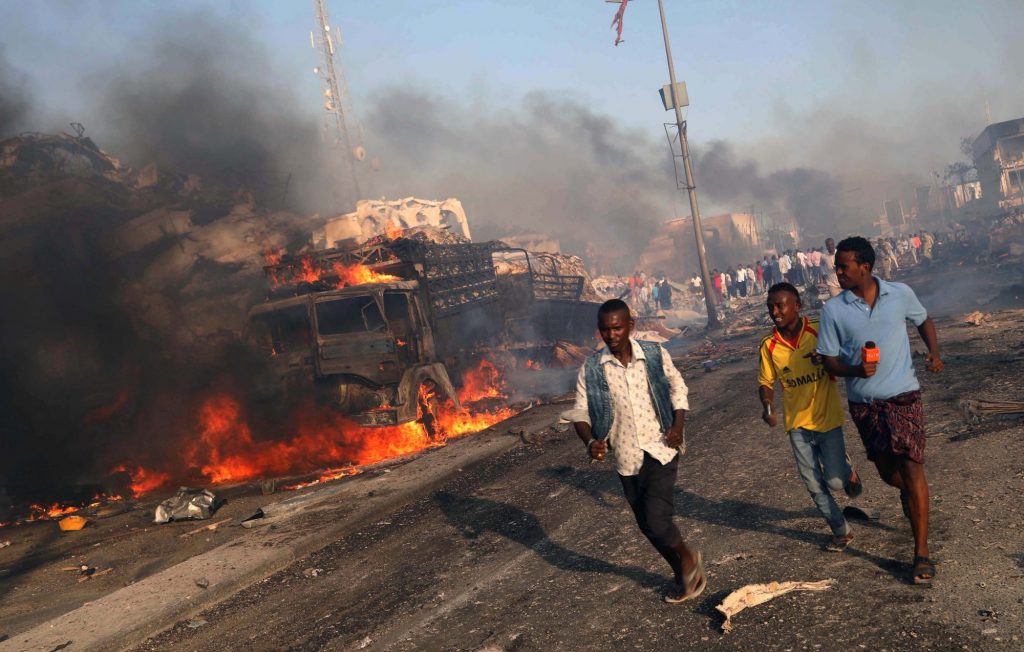 A final result in the election is likely to be decided on Thursday.

Wildfires that broke out over the weekend in Portugal have killed at least 35 people, including a one-month-old infant. Today, more than 5,300 firefighters with some 1,600 vehicles were battling the fires, some of which officials say were started by arsonists. Wildfires have also left at least four people dead in neighboring Spain.

Army Sergeant Bowe Bergdahl pleaded guilty today to desertion and misbehavior before the enemy. He was captured by the Taliban in 2009, after leaving his post in Afghanistan. It prompted an intense search and a prisoner swap. Bergdahl appeared before a military judge in Fort Bragg, North Carolina, today. The 31-year-old could be sentenced to life in prison. He said his actions were very inexcusable, adding he didn’t — quote — “think there’d be any reason to pull off a crucial mission to look for one guy.”

The truck driver in deadly immigrant smuggling run has pleaded guilty in court. San Antonio police found at least 39 immigrants, 10 of whom died, packed into a sweltering semi-trailer last year and died. The driver, James Matthew Bradley Jr., pleaded to conspiracy and transporting immigrants, resulting in death. He faces now up to life in prison.

A New Jersey man has been convicted of planting two pressure-cooker bombs on New York City streets last year. Ahmed Khan Rahimi faces a maximum sentence of life in prison for charges including using a weapon of mass destruction. One of the bombs exploded in Manhattan’s Chelsea neighborhood, wounding 30. The second didn’t detonate. Officials said Rahimi was inspired by ISIS and al-Qaida.

JOHN MILLER, Deputy Commissioner, NYPD Intelligence & Counterterrorism: Ahmed Khan Rahimi learned a lesson which we keep reminding people of. This is the wrong place to try and carry out an act of terrorism. Witnesses will come forward, evidence will be developed, arrests will be made, prosecutions will be brought forth, and they will be successful.