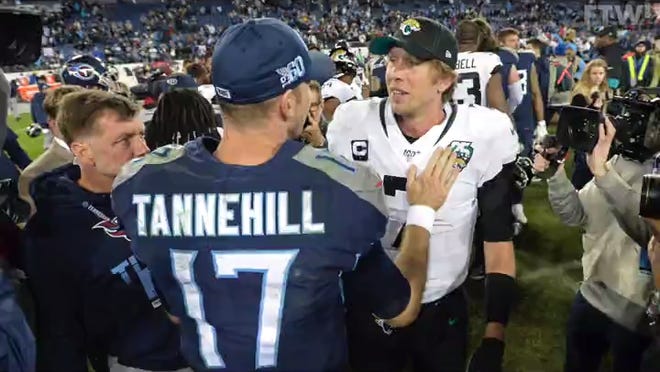 You didn’t fall for it, did you?

You didn’t think the Detroit Lions could hold a lead, did you?

You didn’t begin to have hope after the Lions built a 17-10 halftime lead over the Chicago Bears on Thanksgiving Day?

You didn’t think the Lions could stop the same bad quarterback they faced three weeks ago, did you?

Even when David Blough, the Lions’ rookie quarterback, was playing so inspired?

The Lions, if nothing else, are consistent. They will rip your heart out and crush your hope and blow a lead every time they get a chance, which is what they did Thursday, losing to the Bears, 24-20.

The Lions (3-8-1) have lost eight of their past nine, including five in a row, despite being one of three teams in the NFL to hold a lead in every game this season. (The other two are Super Bowl contenders San Francisco and Kansas City.)

If you are fine with building early leads and losing close games, this was a great, satisfying game. But if you are sick of this repeat performance, you probably hurled your turkey dinner.

It’s just more of the same. The Lions don’t have enough talent and aren’t well-coached enough to win a close game. And that’s on Lions coach Matt Patricia. That’s on general manager Bob Quinn. And yes, that has been the theme all season.

The Lions didn’t lose this game because Matthew Stafford was injured.

And they didn’t lose it because backup quarterback Jeff Driskel was out.

And they didn’t lose it because of Blough, who was making his first start, because he gave the Lions a chance to win, throwing a couple of touchdown passes in the first quarter. You can’t ask for much more than that.

Blough kept them in this game, playing calm and composed, making great decisions, finding open receivers and mostly not making big mistakes (he did throw an interception in the final seconds).

Several times, Blough used his legs to get out of trouble, buying time to find an open receiver or simply to throw the ball away. The cool thing was seeing Stafford working with Blough, staying by his side on the sideline, presumably giving him tips and encouragement.

Offense hasn’t been the problem this season. Not when Stafford was playing. Not when Driskell was playing. And not with Blough. Clearly, offensive coordinator Darrell Bevell knows what he’s doing. It’s the rest that is questionable.

Mitchell Trubisky came into the game with an 85.5 passer rating, ranking 34th among players with at least 150 passes. He was completing just 62.2% of his passes, with 10 TDs and six interceptions.

But the Lions have the NFL’s third-worst passing defense. And that defense was questionable once again.

Trubisky completed 76.3% of his passes, his second-most efficient game of the season. He threw for 338 yards, the first time he’s thrown for more than 300 yards all season. And it boggles the mind. Patricia is a defensive guy. But again, his defense was the problem.

The Bears did not play a perfect game. In fact, it seemed as if they were shooting themselves in the foot more than the Lions.

Yes, the Lions played hard. They played with emotion, especially after an onside kick in the first quarter. But in the end, they do what they always do. They fall apart. They can’t hold a lead.

And they just aren’t good enough, or well-coached enough, to win a close game.

If you love talking football, we have the perfect spot for you. Join our Facebook Group, The Ruling Off the Field, to engage in friendly debate and conversation with fellow football fans and our NFL insiders.