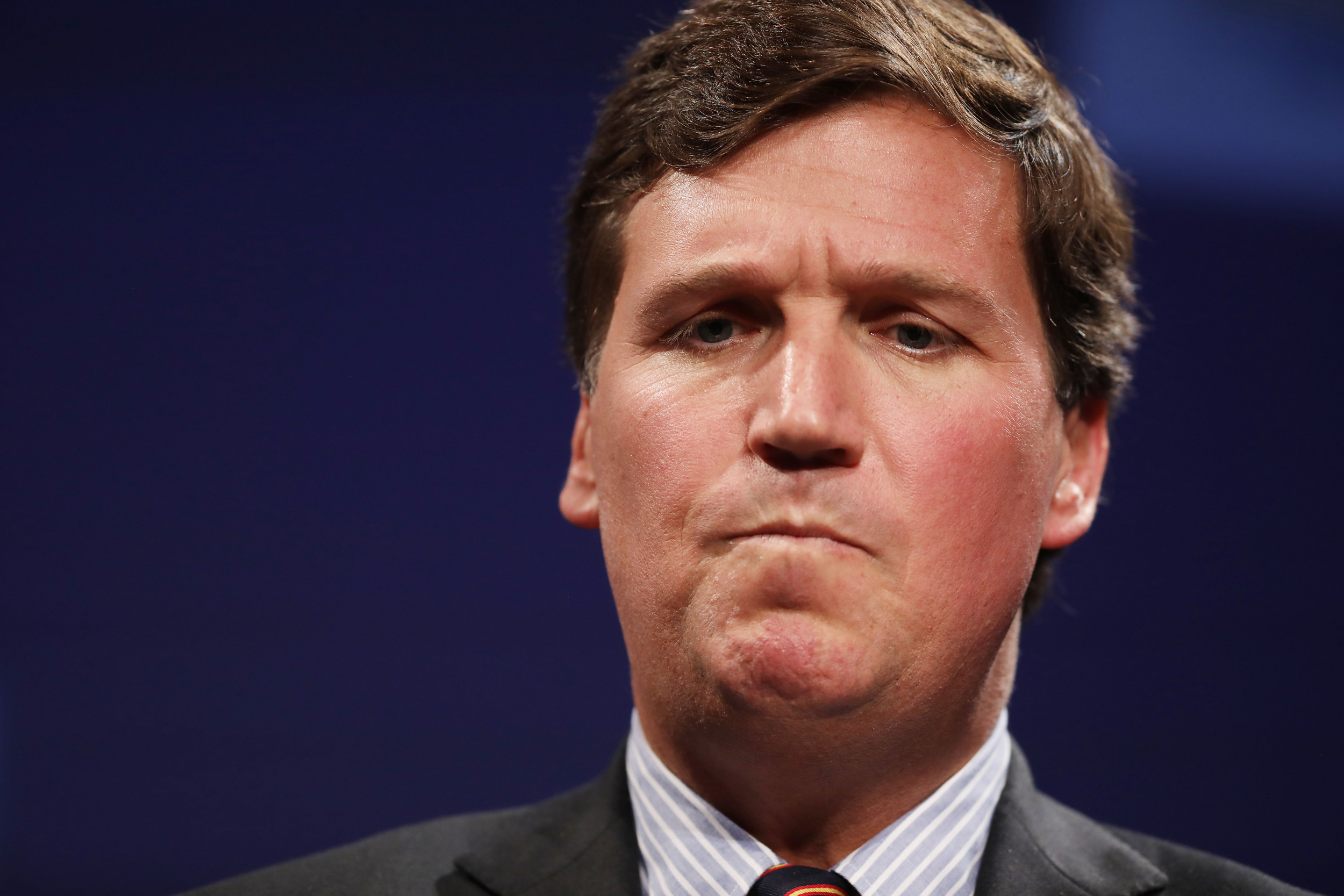 Carlson made the claims on his Fox News show Tucker Carlson Tonight. He began by bringing up the Washington Post‘s claim that Trump has made more than 13,000 “false or misleading claims” since taking office in January 2017. Carlson seemed to agree that the president frequently fails to tell the truth and used a clip of Trump wrongly claiming that the crowd attending his inauguration ceremony was the “biggest ever.”

“We’re not going to lie to you: that was untrue,” said Carlson. “The crowd at the 2017 inauguration was not the largest ever measured on the national mall. Sorry, it wasn’t.”

The pundit then explained he believes Trump made the false claim because it is part of his nature, likening the president’s alleged repeated lying to the skill set of a car salesman.

“That’s who he is,” said Carlson. “Donald Trump is a salesman. He’s a talker, a boaster, a booster, a compulsive self-promoter. At times, he’s a full-blown BS artist. If Trump hadn’t gotten rich in real estate, he could have made a fortune selling cars.”

Carlson appeared to discount the importance of Trump lying, saying that “most people know” Trump is a frequent liar because it’s “obvious.” Although Carlson’s monologue initially seemed bizarre coming from a Trump supporter, it soon became clear that he was setting up an attempt to defend the president, suggesting progressives focused on lying are using it as a type of smokescreen to obscure the supposed anger they have over Trump “telling the truth.”

“Is lying really the reason the left despises Donald Trump?” Carlson asked. “Or could the real problem be, as is so often the case, the exact opposite of what they claim it is? Think back over the last four years. When have the CNN anchors been the angriest? Was it when Donald Trump told some whopper, or exaggerated his own accomplishments? No. They’re used to that kind of lying, everyone who spends time around politicians is used to it. What infuriates official Washington is not when Trump lies, it’s when he tells the truth. Truth is the real threat to their power.”

Carlson claimed that “people in charge of our country” avoid any reflection on societal problems, while participating in an “increasingly strict policy of mandatory reality avoidance” to avoid the truth as presented by Trump.

“Diversity is our strength! Shut up, or we’ll hurt you,” shouted Carlson, apparently impersonating a fictional person he disagrees with politically.

“But Trump won’t shut up, he keeps talking,” Carlson said. “That’s his crime, that’s why they hate him.”

In support of what he believes is Trump’s truth-telling, the Fox News host recalled the then-candidate’s statement in 2015 regarding undocumented immigrants from Mexico. Trump claimed the immigrants were “bringing crime” and drugs and consisted of “rapists” before qualifying the statement by adding “and some of them, I assume, are good people.”

Carlson claimed progressive opposition to the statement was evidence that “you are absolutely, under no circumstances allowed to say” undocumented immigrants ever commit crimes. The pundit did not specify who was prohibiting the speech, or what happens when the supposed prohibition is broken.

Later in the show, a graphic claimed “left hates Trump because he exposes their flaws” as Carlson blamed crime in Baltimore, Maryland on “50 years of uninterrupted Democratic rule” while praising controversial disparaging statements Trump has made about the city, before mockingly taking on the screeching tone of a fictional political opponent, saying “let’s just agree that Trump is a racist liar and move on.”