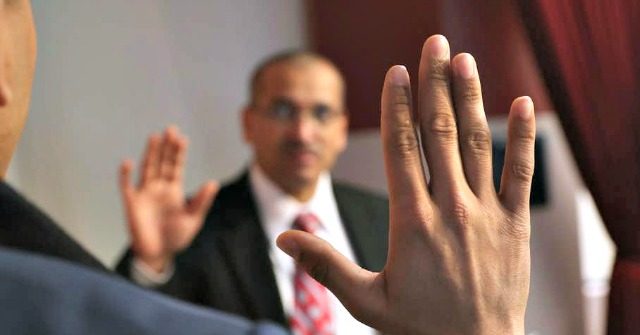 A number of foreign nationals, oftentimes with criminal records, are going rogue after being brought to the United States by the Department of Justice (DOJ) to work as informants, a federal report reveals.

The Justice Department is not properly keeping track of foreign nationals coming to the U.S. through the little known S Visa program, whereby thousands of informants arrive every year to help as informants in federal criminal cases, the agency’s Office of Inspector General audit finds.

Rep. Paul Gosar (R-AZ) told Breitbart News that the lack of enforcement in the S Visa program endangers American communities, as these foreign nationals are often criminals themselves:

Keep in mind, they are importing hardcore criminals for purposes of using them as witnesses in trials in this country. ‘Losing’ track of them is like sending a time bomb off to our towns. These S-Visa criminals should be chained to an FBI agent until sent back home after the trial.

There is no excuse for letting them run free in our country.

In addition, the federal audit discovered there is a portion of S Visa-holders who “are not subject to any routine monitoring requirements” by federal officials after they are brought to the U.S.

We are concerned that the monitoring policies and practices currently executed by the DOJ components that sponsor foreign nationals do not adequately mitigate the risks associated with bringing individuals into the United States who may have criminal backgrounds or involvement in disreputable activities, or who may be associated with such individuals.

Like other visa programs, S Visa-holders are allowed to eventually apply for a green card to permanently resettle in the U.S. and sponsor their family members to do the same.

Every year, the U.S. admits about 1.2 million legal immigrants — not including hundreds of thousands of temporary foreign visa-holders — with the overwhelming majority arriving through the process known as “chain migration” where newly naturalized citizens can bring an unlimited number of foreign relatives to the country.