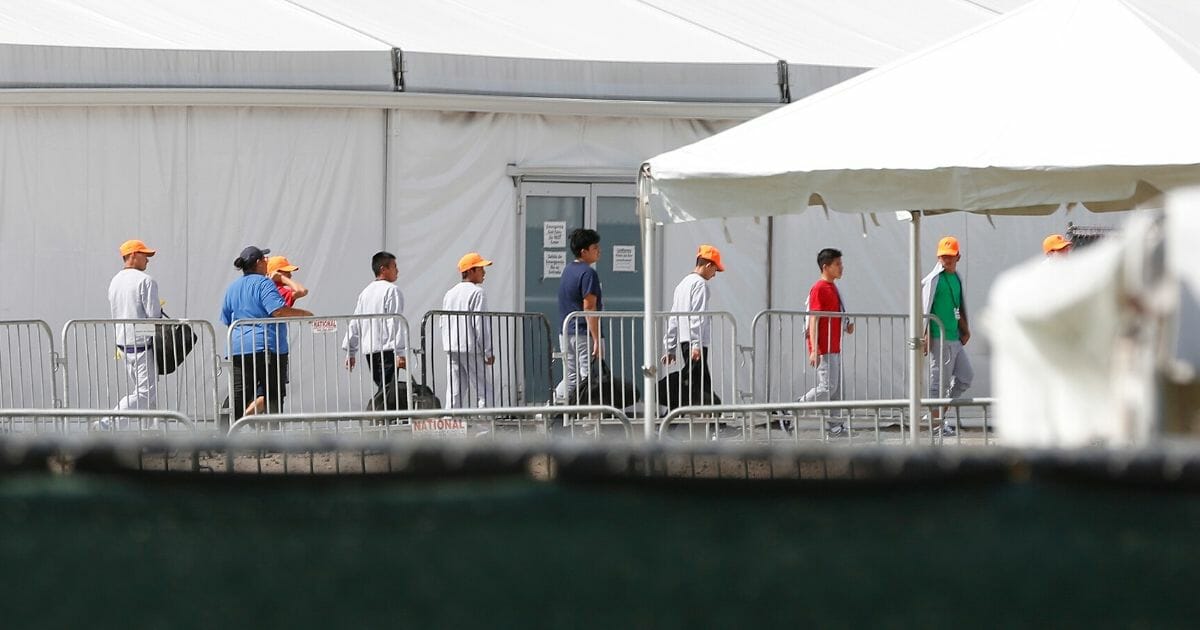 Apprehensions at the U.S.-Mexico border have dropped significantly in recent months, leading to once-overcrowded detention centers emptying out.

Fox News reported that apprehensions at the southern border are 70 percent lower than they were in May, at the height of the migrant crisis.

Multiple actions taken by the Trump administration appear to be the cause for the decline, including the expansion of the Migrant Protection Protocols and increased cooperation between the U.S. and Mexico, as well the so-called triangle countries of Honduras, Guatemala and El Salvador.

“The number of people we were holding here in the summer was 9,000, and if you look through the entire sector now we only have 1,000 people in custody, so it shows how numbers have steadily declined, primarily because of the assistance we’ve received from Mexico, but also initiatives like MPP … that have reduced the flow,” Karisch said.

“By mid-year, CBP was detaining almost 20,000 detainees in custody,” he said, according to a White House transcript of the news conference. “Now we average less than 3,500 daily.  At the height of the crisis, CBP apprehensions exceeded 5,000 in a single day.  Now we’re averaging just over 1,300.”

“We all but ended catch and release,” Morgan further explained. “Migrants can no longer expect to be allowed into the interior of the United States based on fraudulent asylum claims.”

.@CBPMarkMorgan: We all but ended catch and release. Migrants can no longer expect to be allowed into the interior of the U.S. based on fraudulent asylum claims. More importantly, we’re sending a message to the criminal organizations to stop exploiting these migrants. pic.twitter.com/bgOIvy1kBP

The administration’s Migrant Protection Protocols require those seeking asylum in the U.S. to remain in Mexico while they await their immigration hearings.

In September, the Supreme Court gave the Trump administration a major victory by upholding a policy that required those seeking asylum in the U.S. to apply in Mexico or other countries they pass through first.

Do you support Trump’s efforts to secure the southern border?

The court’s 7-2 ruling is not a final decision on the merits of the case but does prevent any lower court from issuing an injunction against the policy while the litigation proceeds in the 9th U.S. Circuit Court of Appeals and other jurisdictions.

Trump tweeted on Tuesday that progress with building a new border wall continues, despite what House Speaker Nancy Pelosi says.

RELATED: Trump Reportedly Sending Kushner To Get Border Wall Construction Back on Track

“When the Military rips down an old & badly broken Border Wall in an important location, & replaces it with a brand new 30 ft. high Steel & Concrete Wall, Nancy Pelosi says we are not building a Wall. Wrong, and it is going up fast,” he wrote.

When the Military rips down an old & badly broken Border Wall in an important location, & replaces it with a brand new 30 ft. high Steel & Concrete Wall, Nancy Pelosi says we are not building a Wall. Wrong, and it is going up fast. Brandon Judd just gave us great marks! @FoxNews

The U.S. Border Patrol chief for the San Diego sector said last month that the installation of a new wall system has made a “startling” difference in terms of illegal crossings into the country.

An 18-foot primary steel bollard fencing has been built in San Diego, along with 80 percent of a secondary 30-foot steel bollard barrier.

MUST WATCH: @edhenry joined @realDonaldTrump at the border wall near San Diego to see the miles of brand-new wall being built along the border! pic.twitter.com/5rov317AJJ

The system replaces 8-foot fencing made of landing mats, which were often supported by steel mesh.

The number of apprehensions in the sector dropped from 6,880 in March to 3,647 in October.