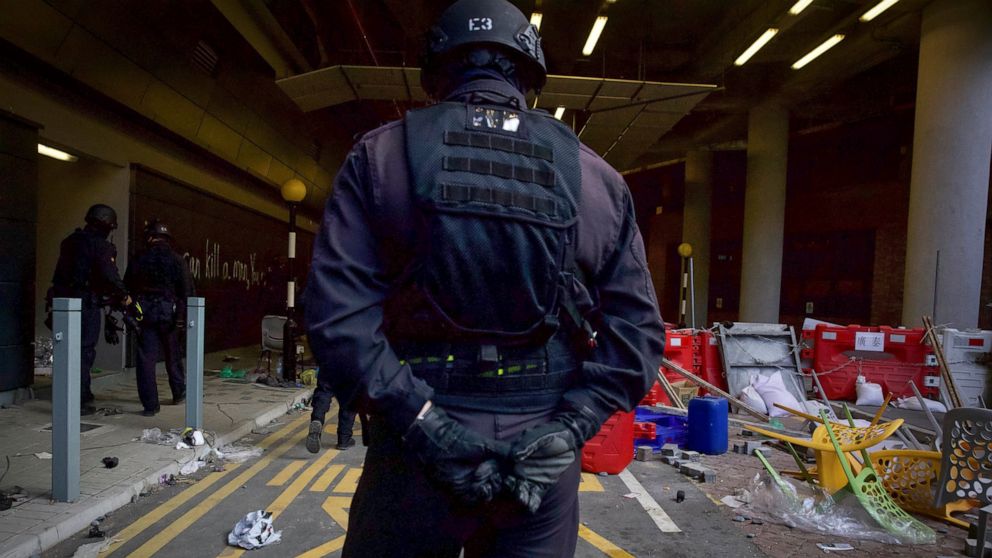 Le called it a “nakedly hegemonic act.” He urged the U.S. to not implement the bills in order to prevent greater damage to U.S.-China relations, it said.

China has repeatedly accused the U.S. and other Western countries of orchestrating the mass pro-democracy demonstrations that have roiled Hong Kong for six months.

It’s still unclear how China will respond exactly and if Trump’s decision might disrupt negotiations with Beijing aimed at easing trade tensions.

Trump signed the bills, which were approved last week by near unanimous consent in the House and Senate, even as he expressed some concerns about complicating the effort to work out the trade deal with China’s President Xi Jinping.

Recently both sides expressed confidence they were making headway on a preliminary agreement to avert a further escalation in a tariff war that has hammered manufacturers on both sides.

“I signed these bills out of respect for President Xi, China, and the people of Hong Kong,” Trump said in a statement. “They are being enacted in the hope that Leaders and Representatives of China and Hong Kong will be able to amicably settle their differences leading to long term peace and prosperity for all.”