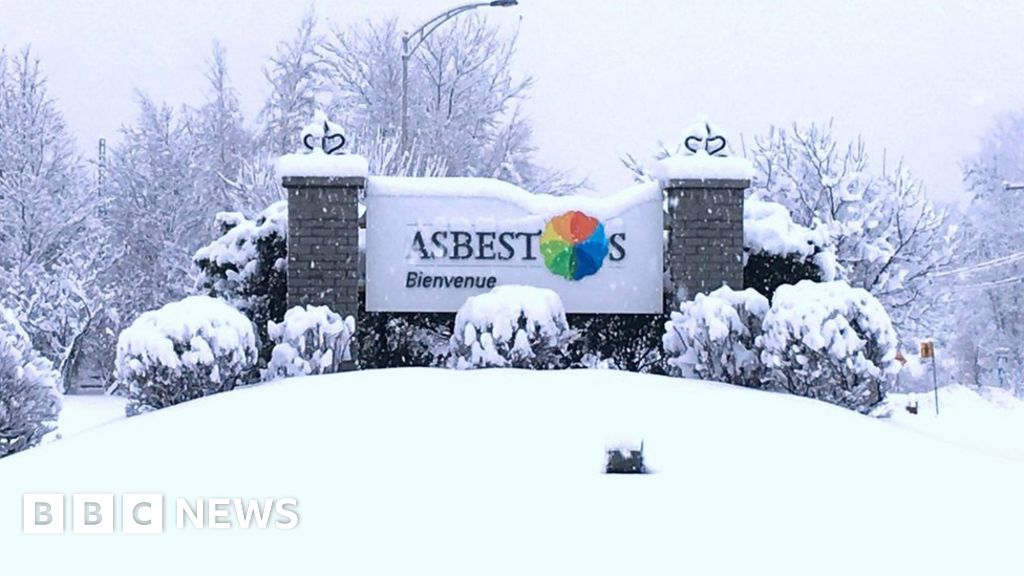 The small Canadian town of Asbestos has decided it is time for a rebrand – and that means it is doing away with the name derived from its mining heritage.

The Quebec town, home to some 7,000 people, was once the location of the world’s largest asbestos mine.

It was given after English name for the mineral – rather than the French “amiante” – in the late 19th century.

Asbestos, about 150 km (95 miles) east of Montreal, will announce its new name next year.

It thrived for over a century on the chrysotile asbestos manufactured at its open-pit mine.

The mine suspended operations in 2011. A year later the Quebec government cancelled a multi-million dollar loan guarantee that would have allowed it to reopen.

Now, after years of debate, Asbestos has decided to do away with a part of its legacy.

On Wednesday, the council said it was moving ahead with the name change, saying it was serving as “brake on the city’s desire to develop economic relations abroad”.

The town will consult with residents when it comes to picking a new name, saying the region’s history and heritage will be taken into account.

Once considered a miracle mineral, asbestos was used in construction industries for strengthening cement, in insulation, roofing, fireproofing, and sound absorption.

By the mid-20th century, concerns about its use were growing as more and more studies linked asbestos to deadly illnesses.

Breathing in asbestos fibres has been linked to cancer and other diseases.

Global demand for the product plummeted as countries around the world began banning it. Canada was a latecomer, only banning its manufacture, import, use and export last year.